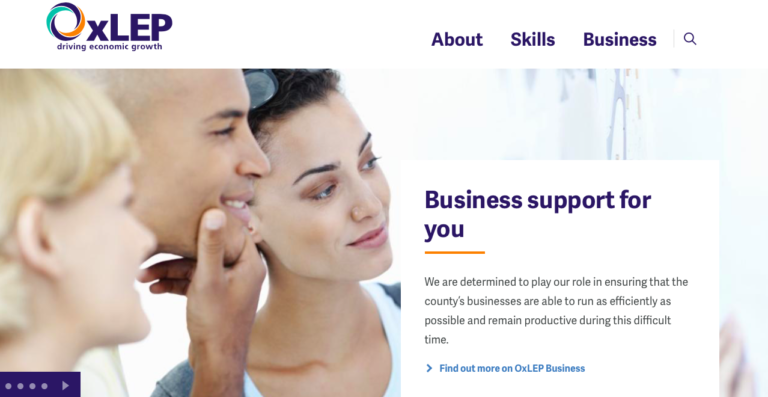 As the Oxfordshire Local Enterprise Partnership (OxLEP), it is our role to champion Oxfordshire’s economic potential, acting as a catalyst and convener to drive a dynamic, sustainable and growing economy.

We are part of the LEP Network.

We were formally launched by the then Business Minister, Mark Prisk MP, in March 2011 with the responsibility of championing and developing the Oxfordshire economy.

We have made considerable progress in strengthening the county’s economy by establishing robust and effective relationships between businesses, academia and the public sector.

Since our launch in March 2011, we have played a key role in driving forward a dynamic, growing and sustainable economy for Oxfordshire.

Highlight achievements include:
Together with our partners, we have secured around £600 million-worth of central government and European funds for the Oxfordshire economy
We have supported the creation of around 50,000 new jobs between 2012 and 2017 – representing 58.4% of a 2031 target of 85,600 new jobs
We secured £142.5m for Oxfordshire through the Local Growth Fund 1, 2 and 3 – funded projects include; the Oxfordshire Flood Risk Management Scheme and Oxpens development programme in Oxford city centre
We have secured £55.5m for Oxfordshire through the City Deal Fund – funded projects include; the Harwell Innovation Hub, Culham Advanced Manufacturing Hub and Begbroke Innovation Accelerator

According to Sustainability West Midlands – against all 38 local enterprise partnerships – OxLEP is currently ranked:
First for climate change/low carbon commitment against ESIF allocations
Fifth for its commitment to climate change adaptation, mitigation and the low carbon economy overall

Sorry, no records were found. Please adjust your search criteria and try again.