Oxford – MK – Cambridge Arc: will 2022 be the big reveal for the Spacial Framework? 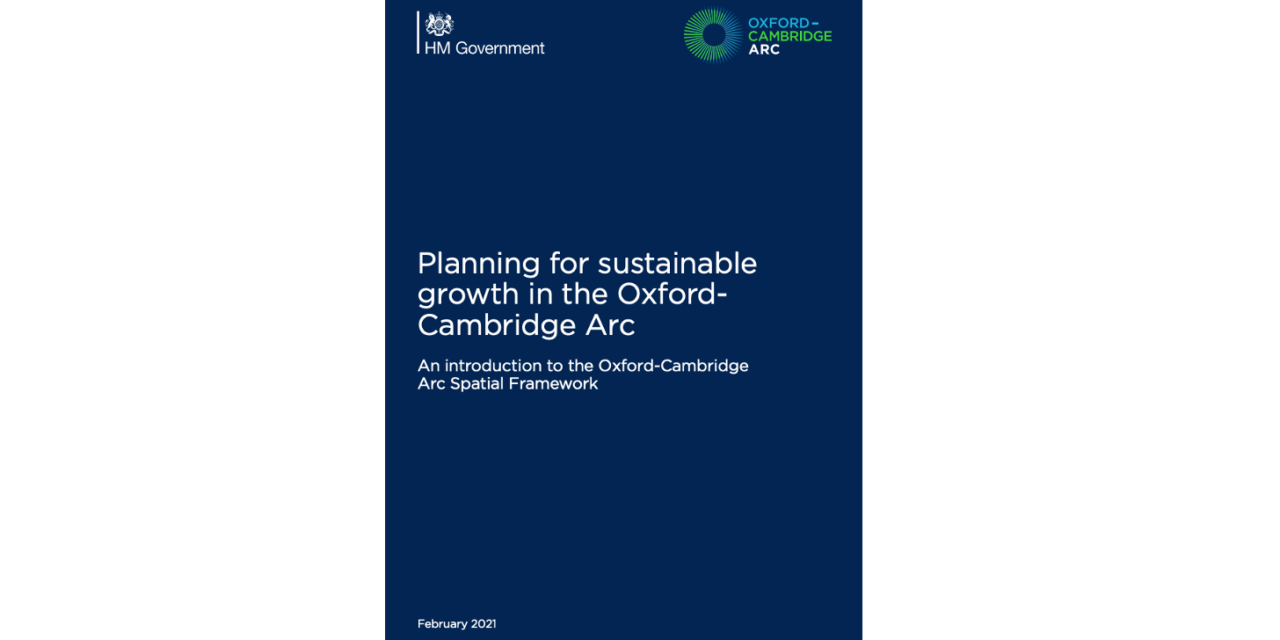 UK Property Forums consultant Hugh Blaza previews the stages of the Arc which await in 2022.

This year has been the year of the first public consultation; the Government will be pondering the many and various responses it has received to its extensive exercise which drew to a close this Autumn.

No-one, it seems, will be able to complain that the Government has deprived them of the opportunity to put forward their views. Could it be that ‘consultation fatigue’ will actually reduce the amount of engagement?

It’s unlikely; with very good reason, the concern as to how the growth in the Arc will impact on the natural and built environments won’t diminish unless objectors can be persuaded that their concerns have been addressed.

I haven’t spoken to anyone who isn’t unsympathetic towards at least some of the concerns of the groups and individuals who would ‘pause’ the Arc, or even stop it in its tracks.

No-one wanted there to be an ‘expressway’, a new motorway linking both ends. No-one wants unchecked urban sprawl. No-one wants to see massive incursions into the natural environment. Everyone hopes that efficient public transport systems will be created to join the communities, new and existing along the length and breadth of the Arc. Everyone wants proper infrastructure to provide efficient and effective services to the increased population.

In my last piece, I drew attention to what I saw as a fundamental misunderstanding of what the Arc is about.

And every week, it seems, we see reports on new activities which go to show what the Arc has ‘become’ and not been created. The latest is the UK Powerhouse study, which has been produced by the Centre for Economics & Business Research (Cebr). It analyses 50 of the largest local economies by employment and GVA (gross value added) growth.

Little surprise, in the context of this article, that Oxford, Cambridge and Milton Keynes appear high up the league tables. Milton Keynes has grown nine per cent over the last year, powered, not only by the UK’s insatiable demand for home deliveries, but also the large research and life sciences activities coming out of Oxford, Cambridge and nearby universities such as Cranfield and Northampton. The predicted rise for 2022 is 3.3 per cent.

Oxford and Cambridge themselves are also both predicted to grow by 3.3 per cent over the next 12 months with employment rising by 3.2 per cent and 2.5 per cent respectively. People, it seems, want to come to the region so they can participate in and contribute towards its work. And to do so, they need to be accommodated.

So are these rises manufactured, driven by Governmental incentives or are they the result of pioneering research, driven by the demands of ensuring a better world is created for our children and our children’s children?

Those charged with delivering the Arc have nailed their colours to the mast. I use the expression advisedly, knowing that it has been misappropriated by some in Government, but I believe the region could be world-beating, not just in its innovation and growth, but also as an exemplar of how they can be encouraged and accommodated in ways which enhance and do not diminish our environment.

Next year I’m looking forward, with excitement, to seeing the detail emerge.