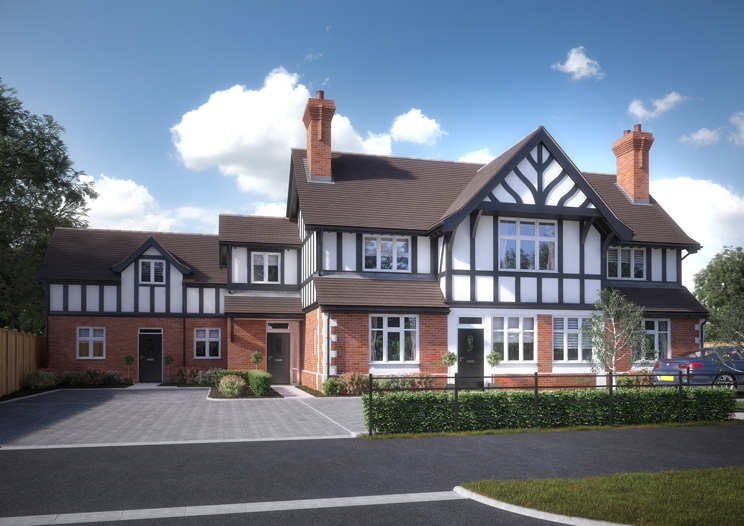 T A Fisher says its strengths as a local, family business operating in multiple sectors, has helped it deal with today’s challenges – and believes more SME housebuilders are needed.

The Theale-based company now operates across several sectors: house building, commercial and mixed-use development, property investment and serviced apartments and apart-hotels. The latter operation, House of Fisher, is underpinned by a substantial property portfolio in which the company has a significant ownership proportion.

Those activities have often combined to bring a dynamic offer which larger operators would struggle to match.

Managing director John Fisher said: “In today’s market there is a good deal of fluidity and inter dependency between the company activities. This broad base and bandwidth of expertise brings considerable added value to any new proposition.

“Not only is there a very interesting interface between different components, which is becoming very fashionable, but it also excites land-owners and partners who are able to tap into a rich vein of options – often making the difference between a deal or no deal.

“Knowing how to extract best value and the most agreeable planning route for both developer and landowner is critical.”

House of Fisher, which Mr Fisher established in 1998, is now the fourth largest owner-driver operation in the sector.  It won top awards in the serviced apartment industry in both 2017 and 2018.  There is also a corporate housing division which supplies a global telecoms company with accommodation.

T A Fisher’s residential (housebuilding) operation has never been in better shape.  It is nearing completion on a highly-challenging conservation project in North Warnborough which involved the conversion of an existing public house into four unique homes alongside courtyard new-build cottages.

The impressive scheme has attracted many plaudits for the way it blends new with old and has struck a chord with today’s discerning house-buying public which appreciates the caring and sympathetic approach.

T A Fisher says few companies are willing to take on that kind of challenge.  The firm says local skilled tradespeople who share the firm’s pride in their work are needed to successfully execute work of that type.

The pipeline of T A Fisher housing projects is both active and varied. It includes a strategic site in Sonning Common, a large Neighbourhood-Plan site in Mortimer (on land acquired from the Englefield Estate) for 110 houses along with a new infant school and doctors’ surgery and further sites in Hermitage, Hartley Wintney, Cold Ash and others.

While T A Fisher largely focuses on the Thames Valley, the apart-hotel side of the business will travel further to secure growth. In all sections of the business, there is an insistence on quality.

Mr Fisher said: “Our operation relies on identifying opportunities where we can genuinely make a difference, either by improving the quality of the built environment or adding value in some other way.

“We get a great thrill out of looking back and reflecting on the developments where we have genuinely improved the local environment and we have done that on countless occasions.

“We are in a world where a lot of products are mass produced.  Indeed, in the housebuilding business, a huge amount is built by plc housebuilders.

“But there needs to be more housing produced by SME builders like us.  SME housebuilders offer so much more; tending to engage local trades people, buy local materials and engage on a local level with stakeholders.

“Crucially too, the local builder has a reputation to protect so is more likely to achieve a better standard of finish and that must be good for the customer – like us, the local trades person cannot hide!

“In the world where the carbon footprint is suddenly very high on the agenda, that has to be a very considerate and compelling approach, going forward.”

Mr Fisher says the firm’s approach is illustrated by the fact it has been shortlisted for Housebuilder of the Year in this year’s Thames Valley Property Awards. Winners will be announced at the final in September.

He added: “If nothing else, there is no other company that has a pedigree like T A Fisher.

“For example, our NHBC claims record is second to none. Every year we receive a refund from the NHBC, based on our claims record of houses built 10 years ago.

“That record speaks for itself. I doubt very much whether any housebuilders can touch us in that regard.”

Image shows the much-admired conversion of the Jolly Miller pub at North Warnborough to houses which forms part of T A Fisher’s Castlebrook scheme.