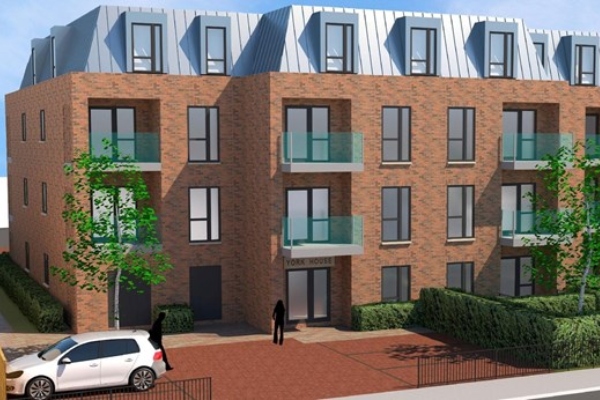 Planning permission for 25 new affordable homes in the Fleetville area of St Albans has been approved by St Albans City and District Council.

The scheme, submitted by Hightown Housing Association, will be allocated to those in housing need on the council’s register.

According to a report published by Halifax, St Albans is currently the ninth most expansive place to live in the UK, with average property prices eight per cent higher than in 2019. The new affordable homes aim to help local people living on lower incomes to remain in the sought-after location.

The new development will be comprised of a four-storey block of flats at York House, 130 Ashley Road, St Albans. The 25 units will be split into 16 one-bedroom and nine two-bedroom flats, each with an allocated parking space and some with a private balcony. There will also be a communal outside space and are conveniently located within walking distance of nearby shops and nearby to transport links for commuters.

The plans are in partnership with Glencar Property Ltd and Entex Projects Ltd. Demolition of the existing former car dealership is planned for February next year, with construction commencing in April. It is hoped the scheme is completed by summer 2023.

Andrew Royall, development director for Hightown Housing Association said “We are delighted to be able to provide affordable homes in St Albans, as we know many people struggle to find a suitable home within their budget. We look forward to developing these much-needed homes that will provide long-term, secure housing for local people”.

Hightown is the UK’s fastest-growing housing association, having built 429 homes last year (6 per cent of total homes), and plans to build over 1,400 homes in the next two years.