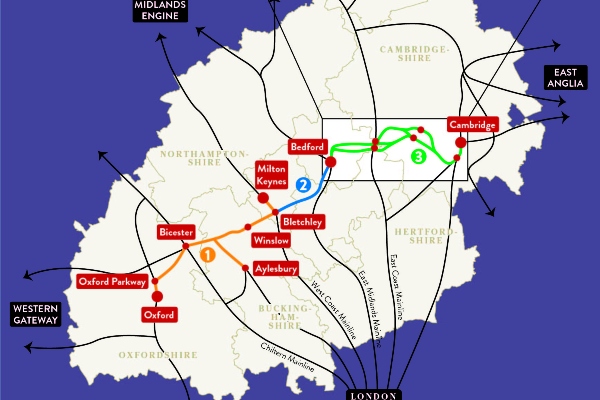 The Department for Transport (DfT) is preparing to set aside almost £2.7 billion to pay for the delivery of the next stages of East West Rail (EWR).

Work is currently underway on connection stage one, which is seeing the line built from Oxford to Bletchley (Milton Keynes), with a delivery date of early 2025.

The funding for building CS2 and CS3 had not been certain previously, but the DfT has recently updated its commercial pipeline document and has outlined six forthcoming EWR contracts.

The contract for ground investigation work is set to go out for procurement as soon as next week, with work starting on site before the end of 2022, which will be the official start of work on CS2.

The six EWR contracts outlined by the DfT are listed below in chronological order of procurement start (see image below).

Delivery of CS2 and CS3 will also involve building a brand-new station at Cambourne and possibly in other locations.

Network Rail is also looking into the possibility of delivering the east-west connectivity throughout the region, from Cardiff to Norwich. 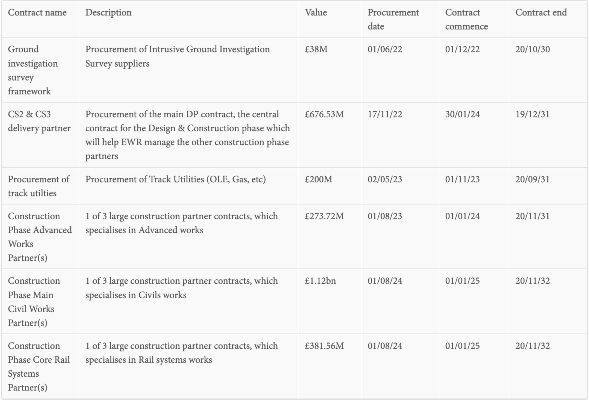