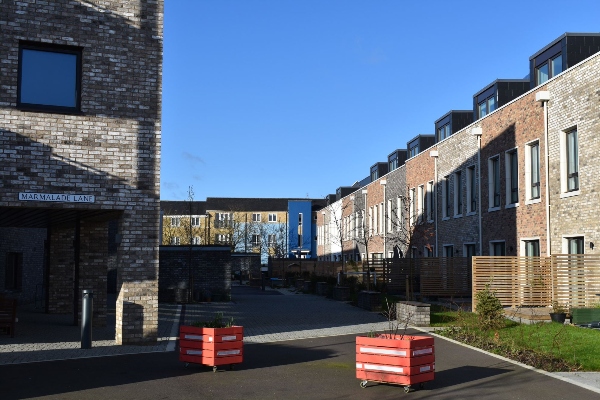 East Anglia property firm Cheffins reports that it has sold a record-breaking £600 million worth of property this year and has seen an increase in average rental values with a lack of stock driving the market.

Mr Peck said “2021 will be a year to remember, with one of the busiest and most unprecedented markets seen for decades.

Cheffins has sold almost £600 million-worth of property in 2021, this is almost double the figure for 2020 which stood at £358 million. This shows 2021 to be a record year, as the impact of coronavirus continues to feed the market’s bull run.

Looking back at the year, the government’s stamp duty holiday spurred the market on, with both buyers and sellers rushing to complete on transactions ahead of the March deadline. However, once this was extended until June and then with the reduced threshold until the end of September, the rush for property sales continued unabated. During these months, solicitors and conveyancing firms struggled to keep up with the number of transactions, leading to delayed completion times and only went to feed the property frenzy within the market.

Many were concerned that the end of the stamp duty holiday might put slow the market, however, buyers consistently sought out properties for sale, with the ‘race for space’ consistently ensuring that the numbers of London leavers and those from other cities headed to East Anglia in search of a new lifestyle. Larger gardens, access to the countryside, being close to family and the ability to work from home continued to drive the market, as the impacts of coronavirus underpinned the pressure on people to move.

This led to a large proportion of property sales ending in sealed bid situations, with buyers all competing for the best of those available. This put immense pressure on the abundance of buyers in the market, with housebuilders also benefitting from the trend as new build homes flew off the shelves in sync with the drop in the number of second-hand stock available.

It has been widely reported that the number of properties coming available in the last quarter of this year has dropped and this has ensured price rises across all sectors of the market. In fact, the latest National Association of Estate Agents (NAEA) report showed that the number of available properties per branch had decreased by 46 per cent in comparison to October last year, the lowest figure on record. This lack of stock has pushed up prices, and according to Halifax, UK house prices have grown at the fastest pace in 15 years over the past quarter, with the average home now costing £20,000 more than this time last year.

Whilst it is difficult to forecast how the market will behave next year, we look forward to 2022 with much anticipation. Whilst there will be uncertainty ahead due to forecast interest rates rises and economic confidence currently undermined following the emergence of the new Covid variant, we expect that there will be continued pressure on housing stock in the region, with yet more people looking set to leave London and other major cities in the search for more space. With an average of 24 buyers for every available property on the market, according to the NAEA, prices look set to rise, so we would urge anyone considering selling up in the New Year to start to put plans in place to make the most of this red-hot market.”

Sarah Bush said “Across all of the Cheffins offices we have seen demand for rental property increase but with stock levels unable to keep up. This has resulted in our average rental value now sitting at £1,095 per month, up on 2020 which stood at £1,000 per month.

This is a trend that has been reflected nationwide, in fact, rents across the UK have been reported as rising at the fastest pace since 2008, according to the property website, Zoopla. Private sector rents in the UK are now averaging at £968 per month, and demand has been driven as a result of coronavirus, with tenants seeking larger properties with outdoor space higher on the agenda.

We have seen consistent demand from tenants both from London and other major cities as well as the local market, and as the number of available properties dwindles, rental values continue to increase. Rural properties have seen renewed interest, with an average of 12 tenants for every example that comes available, driven by the work from home effect and the large cohort of tenants seeking out countryside properties.

For example, this year we let a large farmhouse in Henham, near Saffron Walden, for £3,250 per calendar month, following high demand from tenants from both the local market and further afield. However, Cambridge city centre homes have also been keenly sought-after, particularly from those who have come to the city for work.

As the large multinational life science and biotech companies continue to increase their foothold in Cambridge, they bring with them thousands of employees all looking for rental properties. A good example of this would be a smart townhouse on Kingsley Walk in the centre of Cambridge which saw fierce competition for tenants and eventually let at £3,700 per calendar month. We have also seen an increase in the number of properties under management, thanks to Cheffins’ consistent level of service and ability to ‘make life easy’ for landlords.

Looking ahead to next year, I believe that demand for rental property will continue in full force for both rural and city centre properties, as stock levels remain low. As working patterns and lifestyles are changing for many, I believe we will still be affected by the mass exodus from London and rental values look set to increase in line with demand. Similarly, as the economic outlook remains uncertain, I would not be surprised if we saw landlords expanding portfolios as buy-to-let continues to be a go-to alternative vehicle for investment. A recent report from ARLA Propertymark saw that the number of landlords selling their buy-to-let properties decreased in October in comparison to last year, as many look to retain their investments.”