140 flats planned for site in Staines 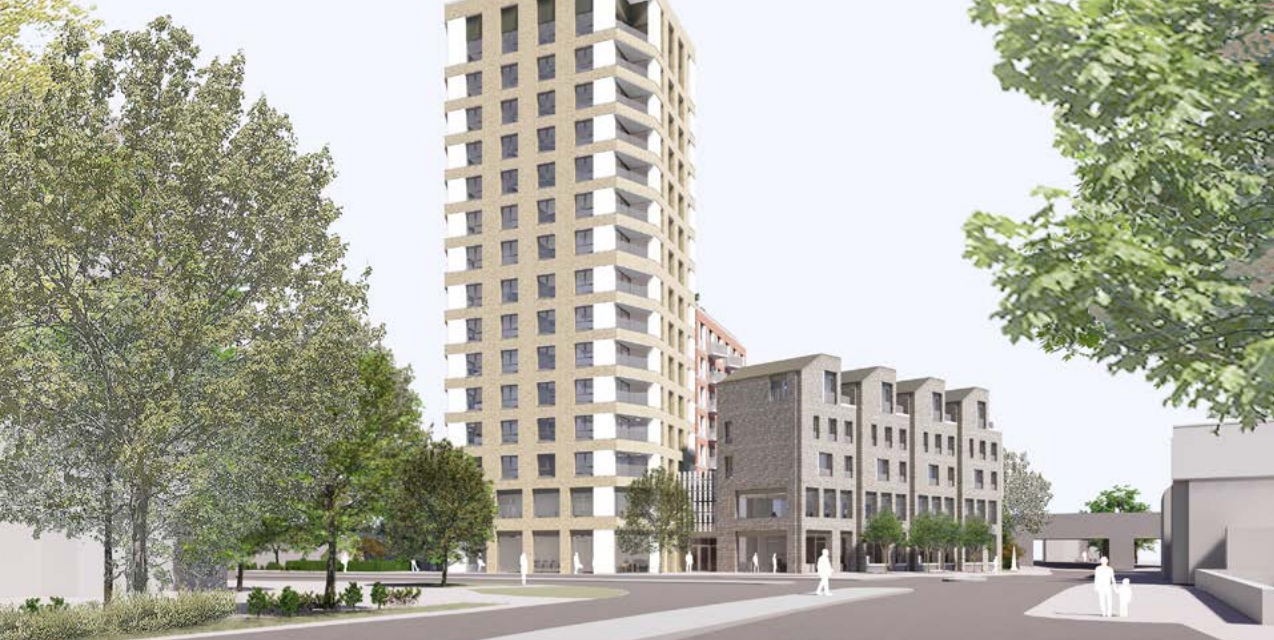 Plans have been drawn up by Spelthorne Borough Council to build 140 flats on three parcels of its own land, close to Elmsleigh Bus Station, in Staines.

The council has submitted a full planning application, via Cushman & Wakefield, to redevelop the three neighbouring sites in South Street.

The council, which has a target of delivering 590 new homes a year, plans to build three buildings of between five and 14 storeys around a two storey podium on Plot A. It will comprise 96 units.

Plot B will house an eight-storey apartment building of 44 flats and Plot C, currently one of the car parks, will be reconfigured as a car park for residents of the building.

The scheme has been designed by Allies and Morrison. Turkington Martin provided landscape architecture and Markides Associates is transport consultant.