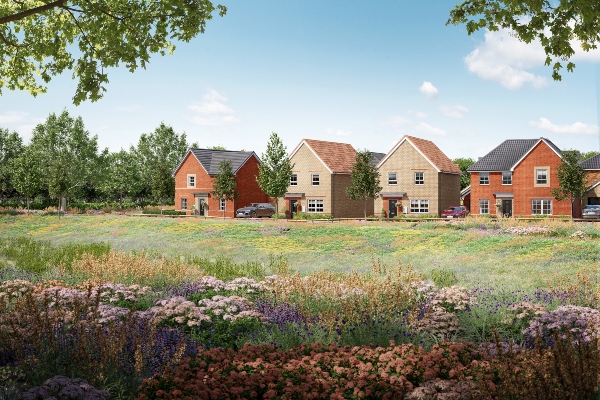 The first release of properties at Barratt Homes’ new development in Whittlesey, known as Whittlesey Lakeside, will be ready to reserve this Saturday, October 15.

Eastrea Road development will bring 203 two-, three- and four-bedroom homes to the market, aimed at both first-time buyers and those wanting to move.

Whittlesey Lakeside will have a range of amenities nearby including Ofsted-rated ‘Good’ nurseries, primary schools and a secondary school. There is also a leisure centre, swimming pool and football pitches just a short walk away.

There will be an Aldi supermarket built at the development, as well as a play area and expansive open space. The development also benefits from great commuter links with Peterborough being just seven miles away, and the city’s train station within two miles.

“With the popularity of our nearby Hampton Water development in mind, we’re advising anyone interested in making a move to our latest community to act quickly and register their interest.”