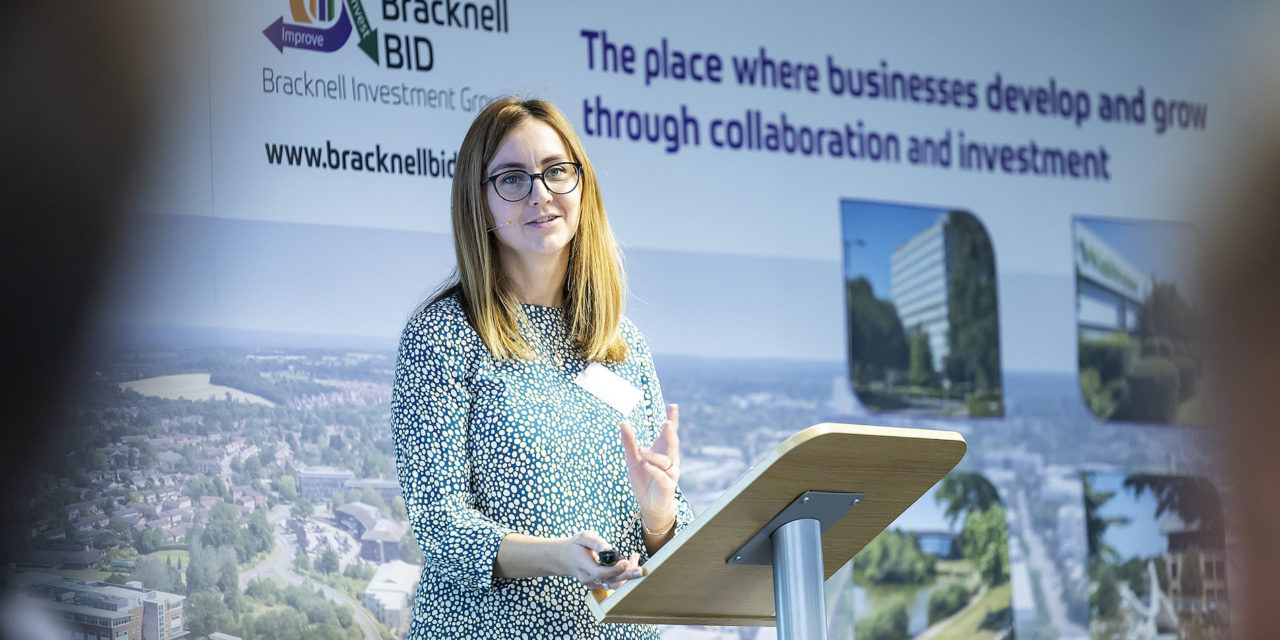 Bracknell was described as the industrial capital of the Thames Valley when around 70 people gathered for a conference to promote investment in the town.

Heather Harvey-Wood (pictured), national logistics and industrial partner for Cushman & Wakefield, presented a picture of growing rents, demand and yields at the Invest in Bracknell conference on November 10, an event held by Bracknell BID in conjunction with UK Property Forums.

She said: “The number of bids we received for that site (Dell) in the last week demonstrates the strength and appeal of the Bracknell industrial market. It also demonstrates that Bracknell is one of the few places in the Thames Valley and the M4 corridor where the sites are quantum and developers can really get their teeth into and regenerate.

“I would go as far as to say I think Bracknell is now the new industrial capital of the Thames Valley and that it has leapfrogged Reading which has previously held that post.

“Certainly, the growth and activity that we’ve seen would support that. Prime industrial rents have crept above Reading and yields are in the same place.”

She said Slough is where the premium rents are in the Thames Valley but Bracknell could offer great connections at lower rents.

Jo Jackson from SEGRO said Bracknell’s connections to London and Heathrow were attractive but it offered other connections.

She added: “There’s a lot of population to service, it’s not all about London. An hour’s drivetime from here gets you a long way and that makes a lot of sense.

But Neil Scott, senior development director for Kier Property, said another factor was the approach of the local authority.

“If you’ve got a forward-thinking town and local authority, it’s much easier to attract investment into the town.”

See also: Bracknell bid will create a voice to talk to Government