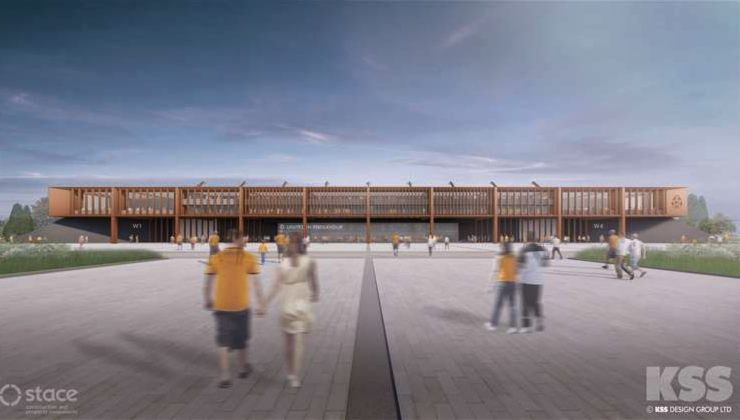 Cambridge United’s CEO Ian Mather previewed the plans for the new stadium at the Cambridgeshire and Peterborough Development Conference that took place at the Guildhall in Cambridge at the beginning of December 2019.

Their portfolio includes the Main Stand development at Anfield, the roof on Centre Court at Wimbledon and Brighton’s Amex Stadium, among other high-profile projects.

The club have identified a site, close to junction 35 of the A14, which it hopes can form part of a wider scheme to link in with the transport network, and the CAM metro proposed by the mayor of the Combined Authority of Cambridgeshire and Peterborough.

Previous plans for a move, which included 520 new homes, an indoor sports hall and retail parks, outdoor floodlit cycling tack and BMX area, floodlit all weather pitches and parking were withdrawn in July 2017.

Mayor James Palmer talked to the Cambridge Independent about the CAM metro system.

He described this as creating a platform for growth in the region and aiding the issue of Cambridge’s congested roads.

Mr Palmer said: “This metro system is about solving transport across a very wide area including Cambridge itself”

“The exciting thing about the concept of the stadium is they have looked at the metro, and thought ‘how can we make sure if we build a new stadium we can link it in not just to Cambridge itself, but the entire county?

“‘We can do that by putting it right next to the metro, making sure that the metro stops at it’.”

He continued: “I think that’s an exciting example of the kind of thinking that CAM metro will bring to the whole of Cambridgeshire and Peterborough.”

Mr Palmer added: “I think the vision that Cambridge United have is very exciting”