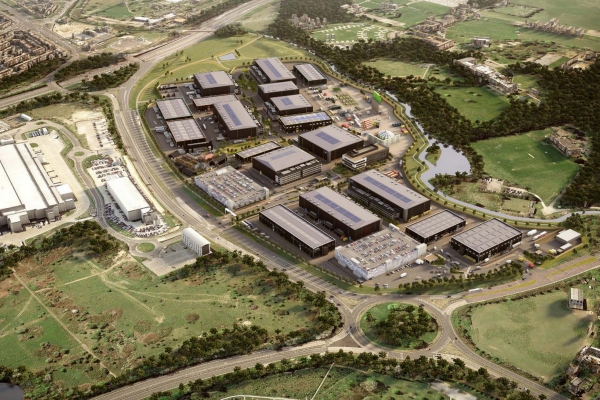 A contractor has been appointed for Sunset Studios, Hertfordshire’s new film studio development.

ISG has secured the pre-construction services agreement to build one of the largest film studio complexes in the pipeline.

The 2 million sq ft project is believed to be worth around £600 million.

The Waltham Cross complex is set to rival Sky’s new studios in Borehamwood, the Elstree Studios and Warner Bros’ complex in Leavesden, as Hertfordshire looks set to become a hub for the UK’s film industry.

Blackstone and Hudson Pacific, who own Sunset Studios, bought the 90-acre Broxbourne site for its first expansion of filming and production facilities outside of the US.

The project is underpinned by strong environmental, social and governance (ESG) targets and is set to generate significant amounts of its own energy through a large photovoltaic installation and further reduce its consumption of resources through rainwater harvesting and re-use.

“Sunset Studios is a global leader responsible for shaping the world’s film and TV landscape as we know it today.

“We’re proud to be working with them and to be a part of the delivery of this transformational project, creating prosperity and a real legacy for the UK’s creative industry and the local community.

“This builds on other projects ISG has delivered in the creative sector albeit on a much smaller scale until now.”