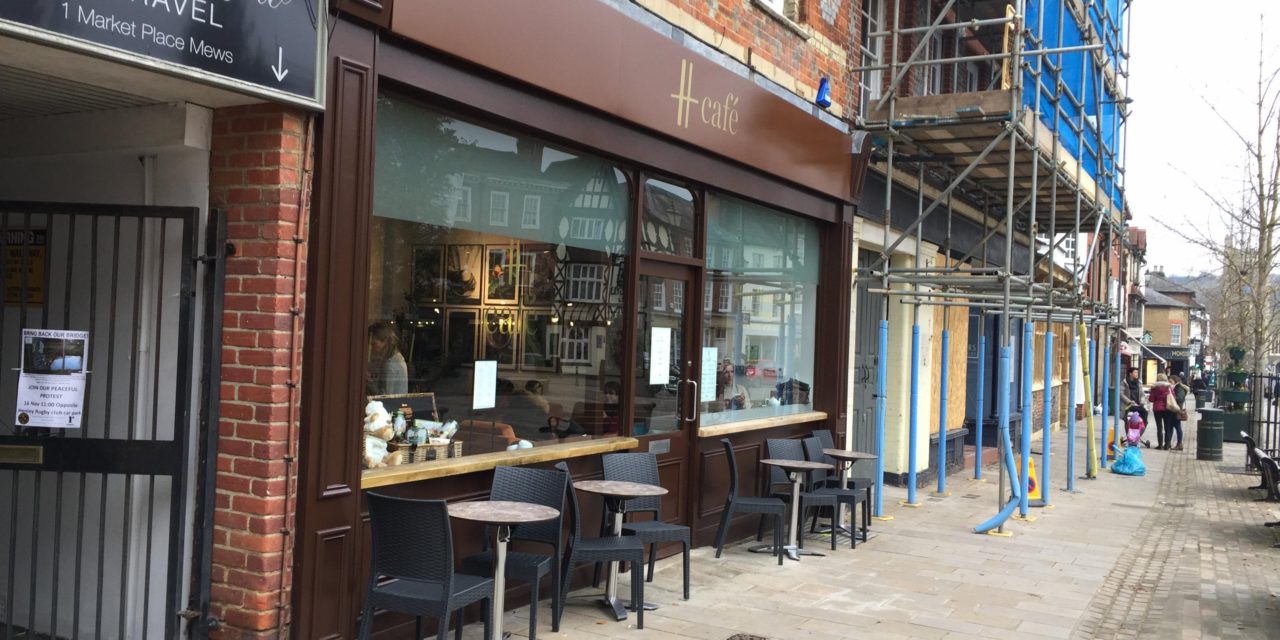 A fine dining restaurant with former MasterChef finalist Dean Westcar as head chef is to open next to the new Harrods coffee shop in Henley.

Catalyst Capital, developer of Gardiner Place,  a £13 million scheme of 14 retail units totalling 23,000 sq ft, and 14 flats near Henley Town Hall, has signed up Crockers, a brand previously only in Tring, known for its chef’s table concept.

Crockers Henley will have two 16-seat chef’s tables where diners will see their food prepared and chat to the chef. Head chef for the Henley restaurant, Mr Westcar, was runner up in MasterChef: The Professionals in 2015.

Waiting lists for £90 – £100 per person places on the chef’s table at the Tring restaurant, where head chef is former MasterChef finalist Scott Barnard, can extend to months for evening meals.

The restaurant will occupy the former Loch Fyne unit, a Grade ll-listed section of the development facing onto Market Place which was once Milsoms Hotel, and seven rooms above the restaurant are being restored to house guests after a night at Crockers.

Ilan Goldman, European director for Catalyst Capital, said: “People can stay in the rooms, then get up, have breakfast and actually spend a bit longer trying the concept and all the services Henley has to offer. You could go off and take a boat trip and make a weekend of it.”

Crockers’ spokesman Luke Garnsworthy said: “We’re really looking forward to being part of such a vibrant and growing food scene, leading from our new, renovated Georgian home in what is the UK’s most sought after riverside location.”

Crockers will sit alongside another upmarket occupier, the H Café, Harrods’ first of a new concept, a coffee shop with a new unit created for its click and collect sales upstairs. Catalyst had to convert the first floor to offer changing rooms so that clothes ordered online can be tried on.

The H Café, the first tenant at Gardiner Place, opened in October and Mr Goldman says it has already proved successful.

He said: “They wanted to reach out and increase the size of their brand and Henley was top of their list of towns for this type of store.

“It’s a high-end boutique coffee shop but they also wanted a click and collect offer. It’s very much a concept store.

“Basically, the coffee shop is like the foodhall at the Knightsbridge store, which from what I understand, is very successful.

“Everybody we talk to has been very impressed we managed to secure Harrods.

“It says a lot about Henley to be the first town chosen for this and it has been a great success.”

Town & community manager Helen Barnett said: “H Café and Crockers are two very special tenants to have and their arrival illustrates that Henley is a desirable destination.

“Henley’s ability to attract tenants like these, along with the fact Paperchase is to return and Shellfish Cow opened this week, demonstrates how attractive the town centre is to investors and occupiers, even in this difficult market.”

Above much of the new retail, 14 flats are being created, which Mr Goldman says, are attracting interest from downsizers, business people and commuters.

Gardiner Place was bought out of receivership by Catalyst in 2015. It had long had permission for redevelopment and work had begun so the consent remained valid.

Despite the troubles of the retail market Mr Goldman, who has worked in retail property for 19 years, is confident Gardiner Place will succeed.

He said: “This is not a shopping centre, it’s an extension of the high street – a little extra retail. If we were building a new shopping centre with a roof we would have problems at the moment.”

Further retail deals are imminent ahead of completion of the scheme in Spring 2020, around the same time Crockers is due to open.

* Image shows the H Cafe with the Crockers site – complete with scaffolding – to the right.