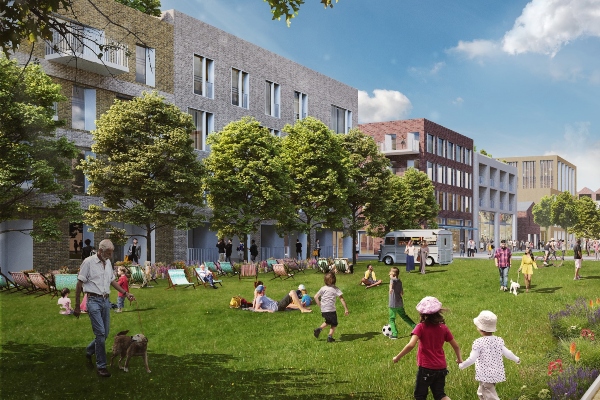 A developer is being sought to deliver the next stage of the Northstowe development, which includes phase one of its town centre.

Phase one of the development, located at the former RAF Oakington barracks, is now two thirds complete, consisting of 1,500 homes, with an additional 700 homes also in progress from housebuilders Urban Splash and Keepmoat, which forms part of phase two, which has consent for 3,500 dwellings overall.

Phase three is set to bring the development up to over 10,000 homes, though its planning application is currently being considered by South Cambridgeshire District Council.

Phase two of the development is being led by Homes England, who is now looking for a developer to bring forward plans for the first part of the new town centre, which will include 1,200 homes and up to 50,000 sq m of retail, leisure work space, alongside high-quality public space.

The site is now being marketed by Savills Cambridge, known as Central One.

It provides the opportunity for 450 apartments and townhouses, as well as a convenience store, a market hall with retail and leisure units, a civic hub, two car parks, town gardens and a section of the high street. There is also an adjoining residential site with permission for up to 130 houses and a play area.

Abigail Jones, associate director within the development team at Savills Cambridge, said “The town centre sits at the heart of Northstowe and represents a real opportunity to create a vibrant and distinctive identity that will be the focus of life for all its residents.

It is an important next step in the settlement’s overall development, with Homes England seeking to introduce new services and placemaking elements that will benefit Northstowe’s already rapidly expanding community alongside further high-quality housing.”

Mike Goulding, Northstowe project director at Homes England, said “Northstowe is one of Homes England’s flagship projects where we aim to demonstrate our commitment to creating well designed, sustainable and, importantly, affordable new communities at scale.

Bringing forward the first stage of the town centre is a significant milestone representing Northstowe’s evolution into a fully functioning town with all of the services and amenities people expect.” 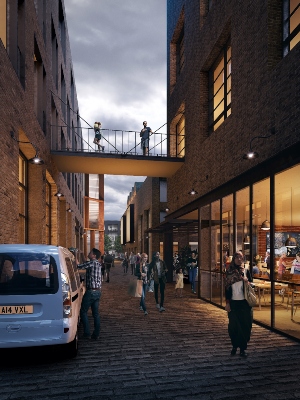