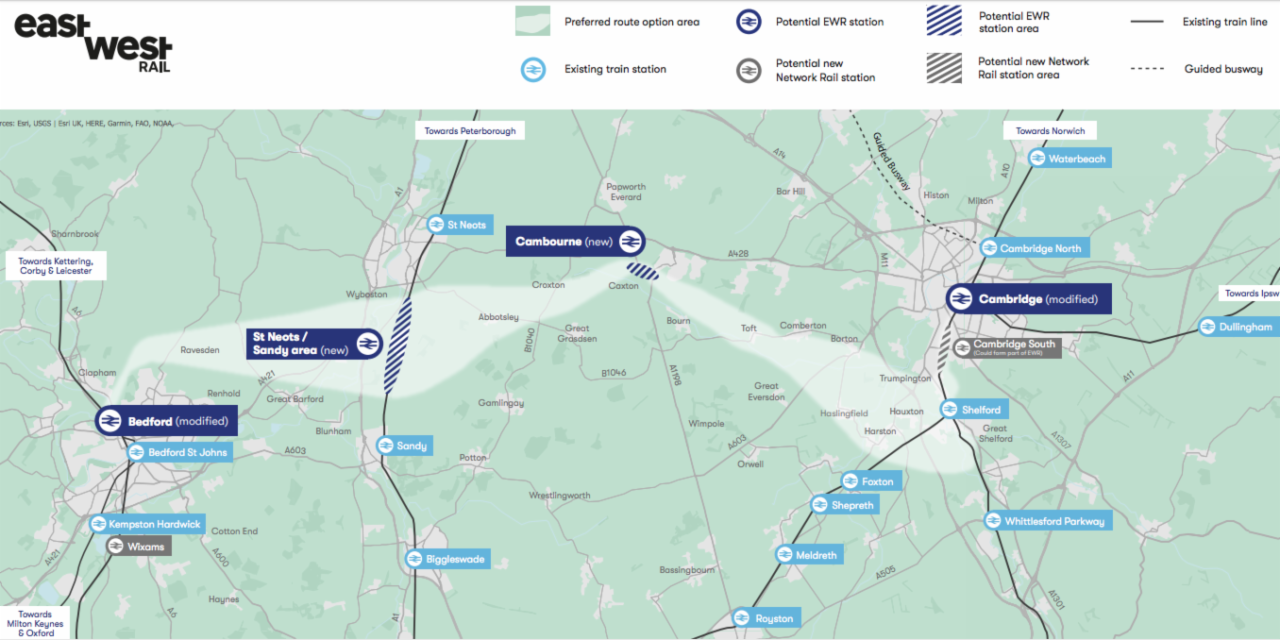 A year after launching a consultation that considered five options, the East West Rail Company (EWR) has now made its decision.

Savills continued, the announcement will let EWR look more closely at the second objective, which is to attract more sustainable development along the corridor, whilst also identifying potential financial contributions to the total cost of the railway from those interested in promoting major development in the area.

Although the announcement only refers to two new stations (at Tempsford and Cambourne) Savills say we know that they are investigating what other potential may exist for growth hubs around stations.

Garth Hanlon, director who leads the planning team at Savills Cambridge, said: “The East West rail announcement comes at a very exciting time for the Cambridge area. Not only because it now identifies the rail corridor but it also coincides with a review of the Greater Cambridge area in terms of a new single Local Plan for the geographic area.”

Mr Hanlon continued: “Complimented with significant new transport initiatives such as busways and greenways, and a proposed new station in South Cambridge, accessibility in and out of Cambridge continues to be a major challenge within a importantly increasing environmental agenda.”

Paul Rowland director at Savills adds: “The route announcement will also remove some of the inertia that has affected plan-making and investment decisions around the northern Bedfordshire and Huntingdon areas.”

Mr Rowland comments: “As we have said previously, the greatest potential for delivery is the middle of the arc where land is less constrained, and the intersections of old infrastructure will have the greatest impact on connectivity.”

He concluded: “Areas such as Milton Keynes and Bedford already have the highest forecast household growth – these are also the more affordable markets with land values that are more able to support the diversity of mix and tenure needed to enable the high rates of absorption required to build homes at 3% of existing stock.”