Is a tsunami of traffic heading for J11 of the M4? 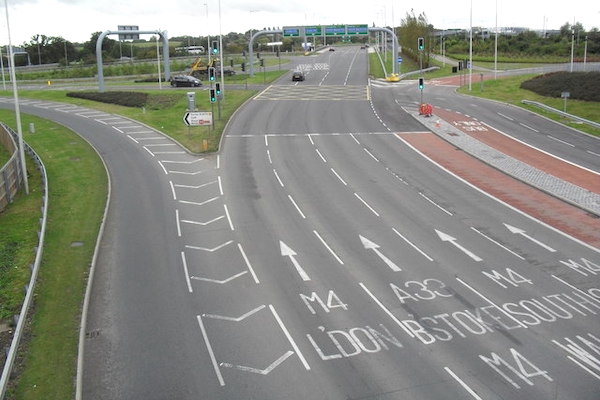 Thames Tap’s Secret Agent has totted up the parking spaces yet to be occupied near J11 of the M4 in Reading – and there are around 4,000 in the pipeline through various developments. And that’s not to mention the chaos already generated by the new Costco petrol station. The result, our agent suggests, is a tsunami of vehicles heading for an already congested area.

In 2010 Reading Borough Council completed £65 million of junction improvements at Junction 11 of the M4 which had, at that time, been described as a ‘bottleneck’.

The junction is Reading’s main traffic gateway, giving access, not only to the town centre, but to the numerous business parks and logistic schemes located along the length of the A33 from J11 to the town centre.

And, for a time, the works to the junction improved the situation, alleviating congestion and removing the frequent queuing traffic that backed onto the M4 in both directions.

However, 13 years later the problems of traffic congestion have returned. In part this has been due to the fact that the increased capacity created by the junction improvements meant that drivers, who had previously identified alternative routes into Reading, started using J11 and so the ‘spare’ capacity was quickly used up. It will be further compounded by the newly completed and planned schemes which will also use J11.

The planned Reading International Logistics Park will add a further 70,000 sq ft of distribution space, generating numerous HGV vehicle movements adding further to the number already regularly accessing both the Tesco distribution facility and the Island Road scheme, both accessed from the A33.

The recent opening of Costco’s petrol station has also led to a massive increase in car movements on and off Green Park throughout the day.

When the J11 improvement works were undertaken 13 years ago there were around 8,000 vehicular movements through the junction.

Capacity was designed into the new layout to accommodate much of the planned development set out in the Local Plans but these didn’t envisage the development of Shinfield Studios and relied heavily on the greater use of public transport.

However, in the aftermath of the Covid era, when the emphasis was very much on keeping a distance from other people, public transport usage is still some 20 per cent lower than it was and, as a result, there is significantly less use of the Mereoak Park and Ride scheme than would have been anticipated, thereby increasing pressure on the roads and motorway junctions.

It was also hoped that the planned Green Park station would have opened but, at the time of writing, although the station is now fully completed, there is still no official opening date.

Furthermore, with recent strike action affecting both train and bus services in the region, the reliability of public transport has been called into question and this has further exacerbated pressure on local road infrastructure.

With so many calls on the public purse, no further increases in capacity are likely, meaning severe traffic congestion at J11 – and along the A33 – is likely to be a fact of life for years to come for anyone looking at relocating to the area.