Is multi-level industrial on the way? 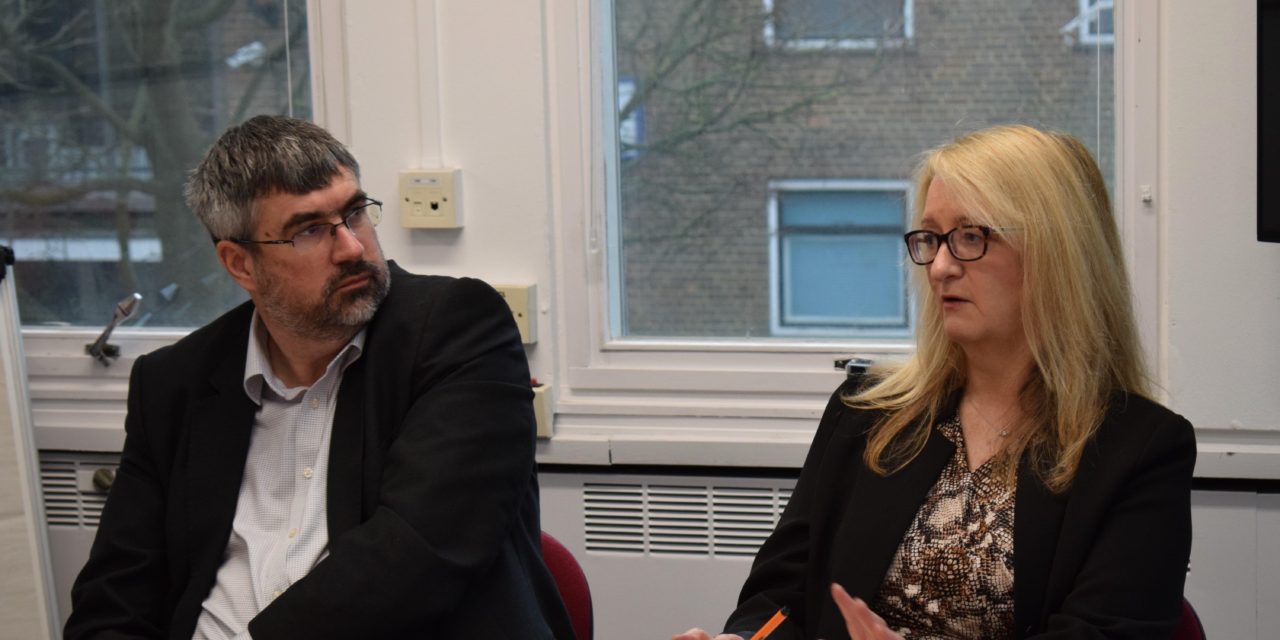 SEGRO director Paul Lewis believes multi-level industrial developments will one day arrive in the Thames Valley in an attempt to address the land shortage.
Mr Lewis, regional director for the Thames Valley and data centres, told the Thames Tap round table on January 31 at Easthampstead House, Bracknell (see panel line up below) that the tenant market is strong, vacancies low, rents are rising and only a lack of available stock has caused a recent dip in take up.
He told the meeting: “Retention stats are really high, lots of people are renewing leases which, I think, is a combination of businesses continuing fairly well and having nowhere else to go. It comes down to a lack of land or new stock becoming available.
“We are seeing a few things start to happen but nowhere near enough to satisfy the demand, and so what you’ve seen is rents increasing significantly. We are starting to see that ripple effect from London where there are people being priced out from inside the M25.”
He said the effect is to push rents up in Slough, Reading and, potentially, further west. In addition the shortage of housing, is putting pressure on industrial land.
He went on: “I think we are seeing people having to innovate a lot more and, again that’s starting in London where I think you will see more and more multi-level schemes.
“The London Plan is encouraging people to do that and I think you’ll see that ripple out to the Thames Valley. I think it’ll be a while before we see a multi-level scheme in the Thames Valley but, do I think one will happen? Yes.”
A multi-level industrial development in Paris by SEGRO has attracted considerable interest.
The clash between industrial and residential development and the problems of last mile delivery in an increasingly online retail market were raised when meeting chairman Matthew Battle compared the consumer expectations with the shortage of land for industrial schemes.
He said: “We expect Amazon to turn up at five o’clock this evening but how’s that all going to happen? It ain’t going to happen magically.”
Laura Fitzgerald, associate director at mode Transport Planning pointed to the problems for last mile delivery in Oxford, given the city’s drive to reduce car use.
She said: “No cars in the centre is their vision, so where is the servicing for everyone who lives in the centre going to come from?  There will have to be more focus on last mile delivery.
“That’s just the nature of where we are going but it seems like it’s not evolved enough to keep up with the city centre policies that are coming through.”
Mr Lewis described a scheme being trialled in Paris where a delivery company has taken retail units. Parcels are delivered there, coffee is served and clothes are tried on and either handed back or accepted.
James Cook from Broadway Malyan noted: “The irony is you effectively end up with Amazon, which doesn’t have a retail presence physically, having a retail presence.”
Kate Deane from Basingtoke & Deane Borough Council, said the authority has partners interested in investing in out-of-town retail parks and are looking at last mile fulfilment.
And the level of interest in those sites was illustrated by Phil Marsh from Knights which is based in Seacourt Tower, in Oxford, a mixed office and retail development which was sold at the end of 2019 to Brockton Capital.
Mr Marsh said: “There was an absolute bidding frenzy. The pension fund which sold it were looking for £60 million but I think it went for £85m. It was an incredibly popular investment.”
Fast-growing numbers of flats, particularly in Build-to-Rent (BTR) schemes, prompted debate on the future of residential schemes.
Mr Cook said he considered BTR a kind of social experiment in which residential development may now be going down a subscription route similar to the way cars and mobile phones are bought.
“Build-to-Rent is almost bridging the gap between hospitality and serviced apartments,” he said.
Large occupiers block book apartments in BTR schemes for staff training, probably at lower cost than hotels.
Ms Deane observed that a one-size fits all approach was sometimes adopted and that there has been a belief that something which works in London is bound to work here.
But she went on: “I don’t think that’s necessarily the case. In Basingstoke we are looking at it from a slightly different perspective which is the delivery of a Garden Community which is in Manydown to the west of town. That is going to planning committee in March – 3,500 new homes .
“Basingstoke acknowledges it’s a very family-focussed town and is still priced very competitively compared to the rest of the Thames Valley. Those people who couple up and want to start a family see Basingstoke as a good place.”
Discussion over the quality of new homes led to debate about Permitted Development (PD) schemes where apartments are often bought by investors. Mr Lewis noted many flats in PD schemes now appear empty.
And the issue was starkly illustrated by Steve Head from Hicks Baker. He said: “One of the first office buildings in Reading that went to PD was a building called Hanover House in King’s Road. That went to 32 flats and there were only two owner occupiers out of the 32. Thirty out of 32 went to investors.”