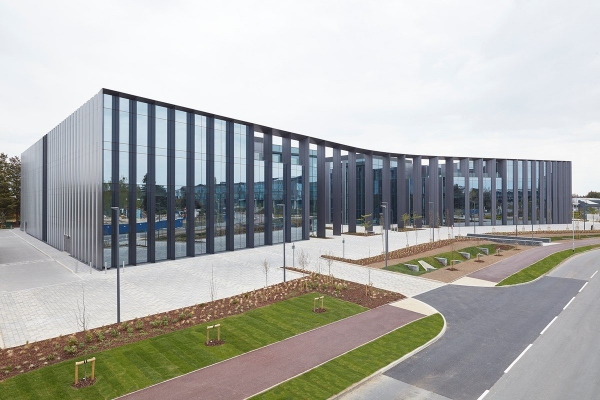 Bidwells, acting on behalf of TusPark, has let a 120,000 sq. ft unit at Cambridge Science Park to Roku in the largest transaction in the city since 2016.

The transaction comes at a crucial time in the city’s office market, as projections estimate that by the end of the year rents would have broken the £50 per sq. ft barrier, putting prices on a par with London.

Other major lettings in recent years include Arm, Samsung, and Apple, as Cambridge continues to establish itself as a global tech hub.

Roku, the biggest TV streaming platform in the USA, is already a tenant of the business park, expanding its footprint into Building 2.

The deal is the largest the city has seen since 2016 when Arm took 188,000 sq. ft in Cambridge Technology Park. Demand for space is now at its highest ever, triggered when AstraZeneca moved into its 664,000 sq. ft research and development headquarters at Cambridge Biomedical Campus in 2015.

Building 2 is part of a brand new 210,000 sq. ft gateway building known as Building 1&2, completed this year, designed by architects Scott Brownrigg, and developed by Bidwells on behalf of a joint venture between Trinity College and TusPark.

The development is the final stage of a five-building scheme by the joint venture, comprised of a total of 380,000 sq. ft of commercial space aimed at encouraging high tech and life science companies to grow.

George Craig, senior surveyor at Bidwells, said “Cambridge’s exceptional talent pool continues to attract the big global tech names to the city. The pandemic has shone a spotlight on the life sciences sector and its impact on the booming laboratory market but this massive letting demonstrates that Cambridge’s tech industry remains stronger than ever.”

JLL acted as joint agents on the deal.