Mountbatten House ‘will be the best building on the M3 corridor’ 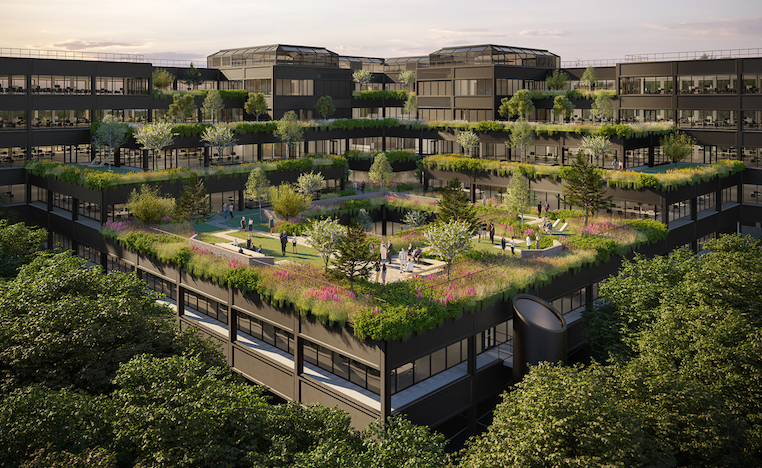 Work is due to start this year on one of the region’s most remarkable office refurbishment projects.

Now the team is being assembled to turn the office complex, famous for its James Russell-designed multi-level gardens, into a modern multi-let, energy-efficient building with a focus on wellness. WSP, the only remaining occupier, is due to move out in June.

The Arup-designed development was acquired by Squarestone Growth in 2017 which took it through the planning process for regeneration before it was sold to Regional REIT as part of a portfolio.

Former managing director of Squarestone Growth, Hugo Denée, has since formed Longstock Capital with Tristan de Souza and they acquired Mountbatten House which, Mr Denée said, did not suit the Regional REIT’s business.

He told Thames Tap: “What we’ve got is something quite unique. It’s built of 7.5 metre x 7.5 metre coffers. Not only does it look interesting, it’s also very flexible. It’s divisible by those coffer units.

“For a building from the 1970s it’s amazingly futureproof and there’s a huge amount of green space. It ticks all the boxes modern occupiers want.”

He says the five-storey building, originally occupied by paper merchant Wiggins Teape, will be the best on the M3 corridor once refurbishment is complete in January 2024 and will appeal both to Basingstoke occupiers, which Longstock will target, and those further afield.

Due to being built into hilly land, reception is on the third floor and amenities will be on that level along with access to the main garden.

One of the lower floors benefits from considerable daylight. Currently housing the disused plant room, it will become co-working space.

A former canteen, which has a double height ceiling, will be converted into office space with a mezzanine floor.

Mr Denée believes Mountbatten House will help in the fight to attract staff back to the office.

“It’s the best building on the M3 corridor. It’s a unique design and there’s certainly nothing like it in Basingstoke. You have to go a long way down the M3 to find something more interesting.

“Basingstoke has got a large number of tech occupiers we think will be attracted to it. A lot of them are in buildings which are 20-30 years old.

“A lot of occupiers just don’t have the option to move so Basingstoke has lost occupiers to Reading so we are firstly hoping to secure local occupiers but we will also look wider.”

Its hanging gardens, he said, are a major attraction for the building, both in terms of its green and its wellness credentials. Mr Denée believes the building was ahead of its time in the 1970s and adapts well to modern requirements. Architect for the regeneration scheme is Fielden Clegg Bradley.

An EPC B and BREEAM Excellent or Outstanding are envisaged. Basingstoke, said Mr Denée, has become something of an unloved gem in a great location while Basing View is on an upward curve.

He added: “Basing View has gone through its trials and it’s only halfway out of them but it’s going to come back as a bit of a force.”

Images: Top: How the exterior will look.

Gallery: Before and after images of the plant room and of the former canteen. 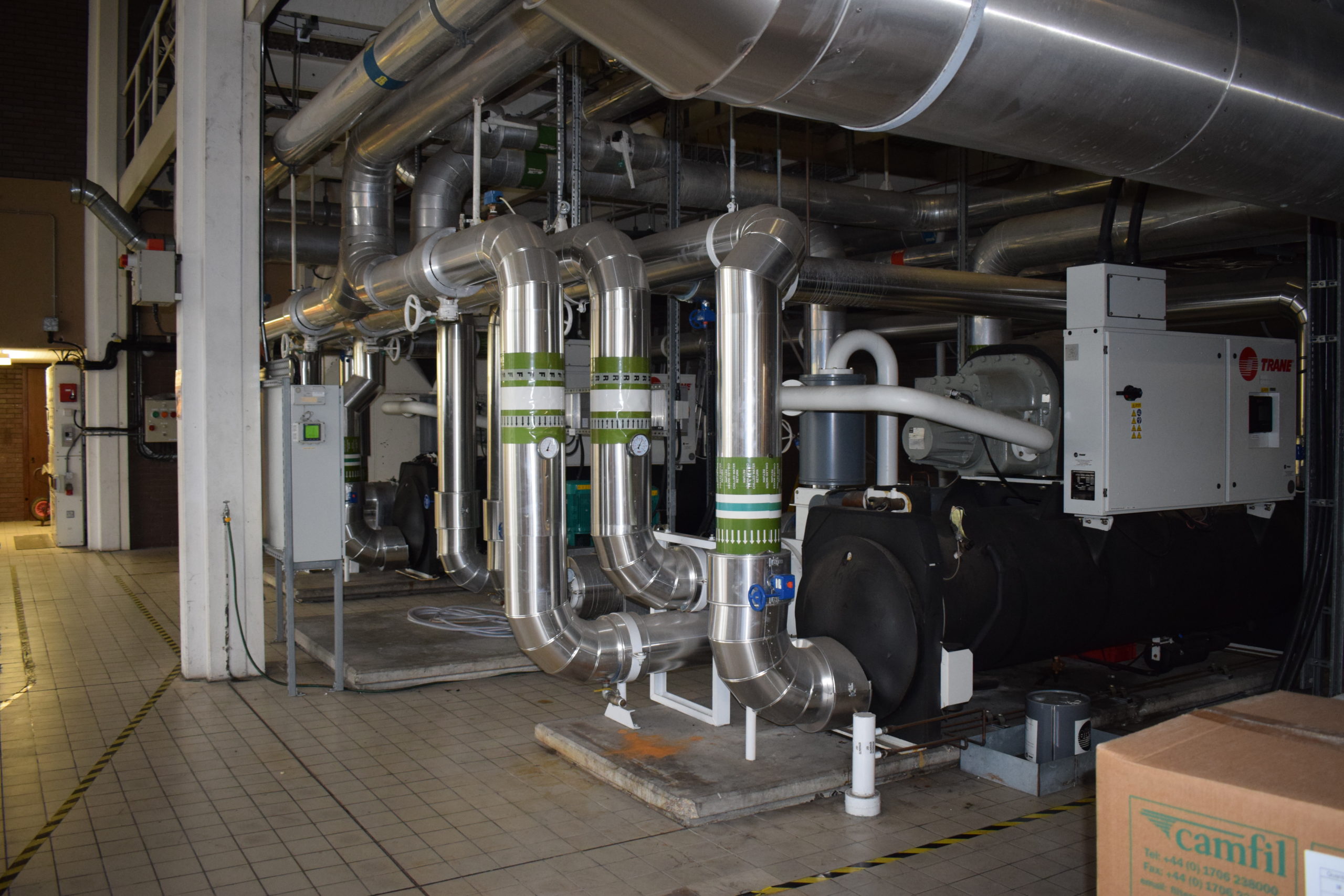 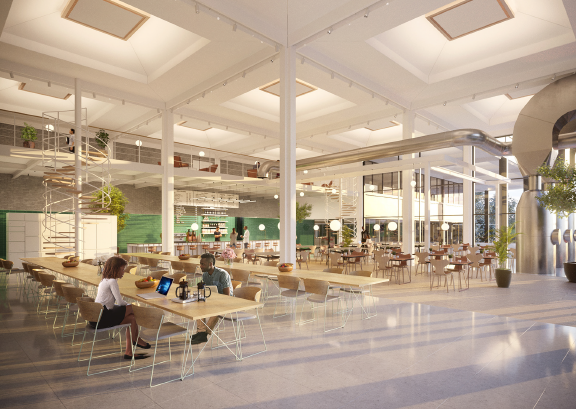 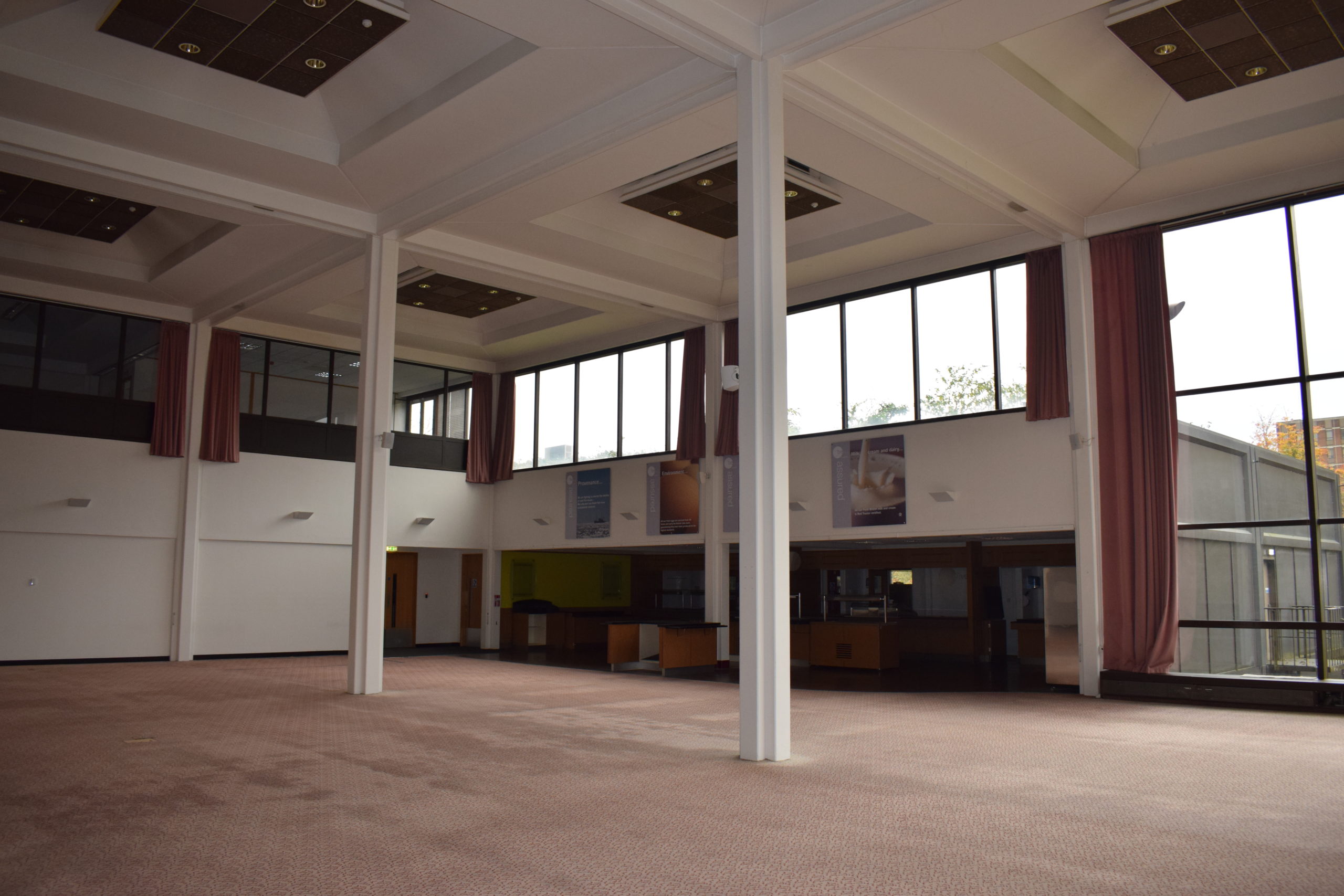 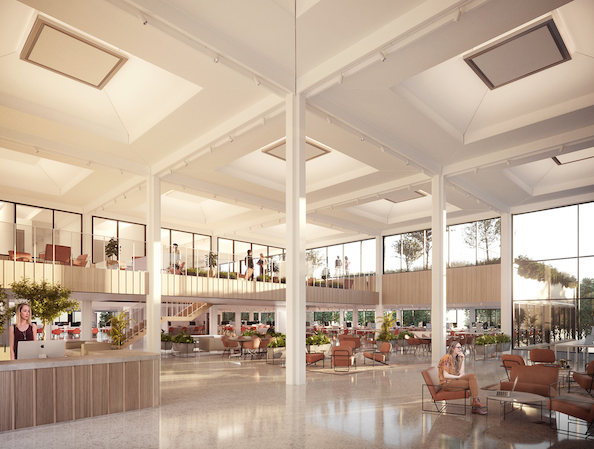