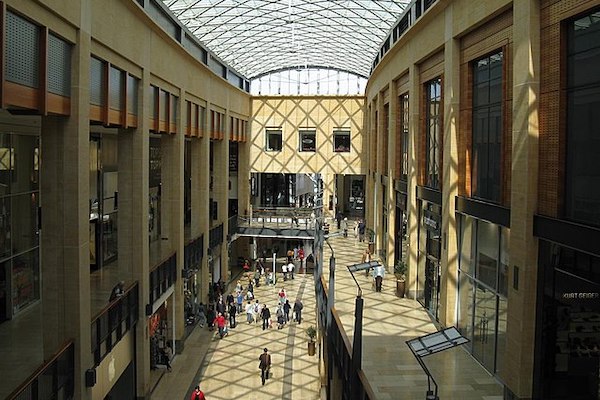 Plans for a new Everyman Cinema at Cambridge’s Grand Arcade have been submitted to the Cambridge City Council.

The cinema first announced it was planning to open in the city on social media in November 2022.

The application shows the use of three retail units as a cinema, along with the installation of plant equipment on the roof. It will have five auditoriums with 324 seats in total as well as a restaurant and bar on the site.

If approved, the cinema will be located in 15,600 sq ft of space on the first floor of the shopping centre that was previously occupied by Arcadia Group’s Topshop and Charles Clinkard.

A planning statement for the application said: “The brand prides itself on redefining cinema by bringing an innovative lifestyle approach to its venues. This experience includes high-quality food and drink, whilst sitting in comfy sofas, providing a ‘homely feel’ in a luxury environment and its offer includes blockbuster and arthouse films, live Q&As, film festivals and other special events.

“The proposed cinema will provide a beneficial social amenity through the introduction of a cinema destination within the Grand Arcade. It will contribute towards the vitality, viability and vibrancy of the city centre, whilst also positively contributing to the nighttime economy of Cambridge.

“The proposals will introduce a high quality and modern cinema to the city centre, which will help improve the local daytime and nighttime economy. The proposed cinema will reinvigorate an active frontage on the first floor of Grand Arcade, which will attract footfall to the shopping centre and wider city centre.”

Currently, there is only one Everyman Cinema in the East of England, situated in Chelmsford.

Martin Macwhinnie, centre manager for the Grand Arcade said: “As a major retail and leisure hub for the city centre we are pleased to be paving the way for Everyman to open one of its iconic cinemas for the affluent Cambridge catchment. It aligns with the retail and leisure mix already on offer at the scheme – which includes Apple, Russell & Bromley, Tesla, and John Lewis & Partners. It is another signal of occupier confidence in key trading locations in key regional cities.”

Alex Scrimgeour, CEO at Everyman, said: “We’re thrilled to be expanding our Everyman portfolio to include Cambridge, doubling our offering in the East of England. The Grand Arcade is the perfect location to open our doors and reach new customers who have a passion for cinema, from both Cambridge and further afield.”

Work on the space would begin later in the year with a view of opening to the public in 2024 if approved.