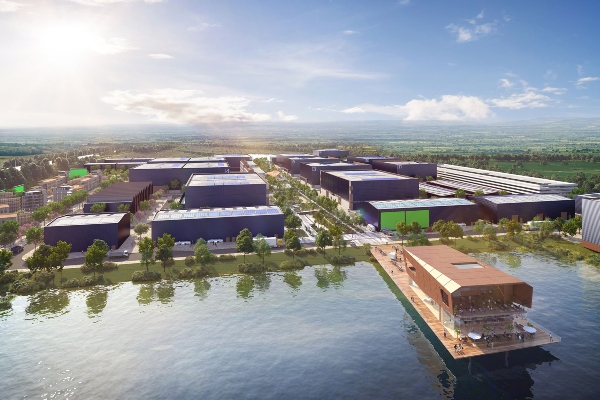 Plans for the new Home of Production (HOP) Bedfordshire studio campus near Stewartby in central Bedfordshire, have been submitted.

The scheme is set to redevelop a 143-acre site and former clay mineral quarry to provide over 1.75m sq ft flexible studio space together with on-site accommodation, amenities and a re-wilded water body and canal for developer VERB and film studio operator Quartermaster.

The campus aims to set a new benchmark for sustainable studio facilities in the UK and will be the first facility designed by producers, for producers – also incorporating premium facilities aimed at squarely addressing the need for production crews to achieve a better balance in their work environment.

The former quarry, known as Quest Pit, opened in 1983 and was the last active brick pit in Bedfordshire when it closed in 2008, leaving a series of redundant brownfield sites with access tracks and flooded extraction bowls, and parts of the site up to 12 metres below natural ground level.

These units are centred around a restaurant and activity zone, visually linked to two large lakes that have formed over time due to the natural flooding of extraction pits. Workshops envelop studio space, while an outer loop road provides access to supporting facilities.

The land has already been purchased and the realisation of the masterplan is fully-financed – meaning that a planning decision can move rapidly to the commencement of the construction programme.

Quartermaster delivered the vision and extensive studio experience, in partnership with the real estate developer VERB to make that an operational reality. Scott Brownrigg and SWECO offered complementary input through the planning process to make the overall masterplan achieve as much as possible from the site, whilst accommodating each of the ambitious performance targets self-imposed by the group.

Bruce Calton, director of Scott Brownrigg said: “This complex brief, across an intriguing site, combines landscape, water and a highly-functional film and television campus masterplan. It has been a rewarding experience creating such a unique setting for the Home of Production (HOP) within the UK.”

The landscaping strategy was developed by Macfarlane Associates includes the introduction of ecological corridors across the site and new wetlands and floating reed beds to create habitats for future and existing wildlife species.

Planting tall trees around the site perimeter and positioning large-scale buildings into the valley base will significantly reduce the visual impact of the development on the surrounding flat landscape across Bedfordshire.

This deliberately-unobtrusive approach is allied to strong commitments to a sustainable future for the site – targeting BREEAM Excellent for the build whilst also installing PV panels across the site to supply somewhere between 50 – 85 per cent dependent on occupation levels at a given time.

A transport hub will connect the site to the local bus network with an arrival point for cyclists, pedestrians and coaches. New pedestrian links and walking routes will line the site’s parameter, with widened pavements to enhance usability and safety provided throughout.

The Home of Production (HOP) development is anticipated to bring 1,400 jobs to the local area if approved.

Submission for planning follows a series of public consultations where the scheme received significant public support, and with exciting plans in place to continue working hard with Central Bedfordshire Council plus a range of local education bodies to return real, measurable benefits for the community in the coming years.

A phased construction programme is due to start in early 2023. 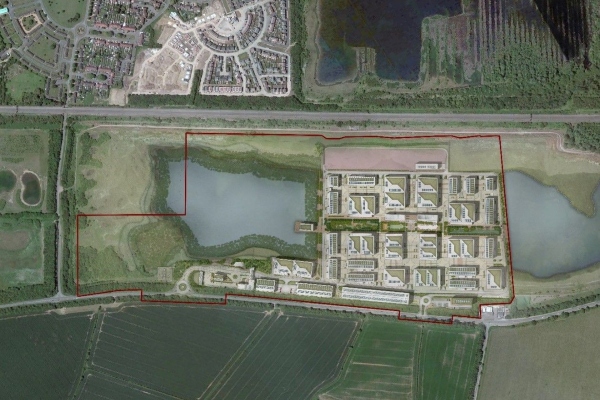 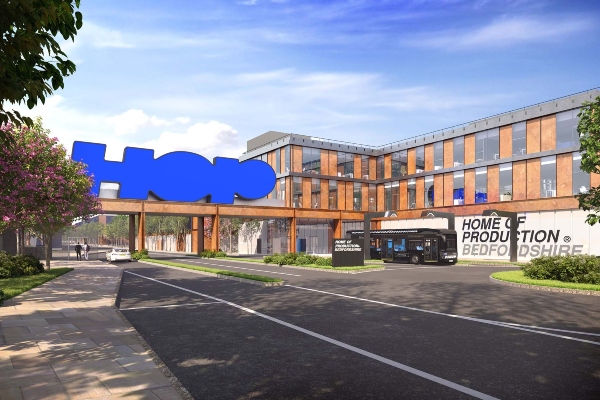 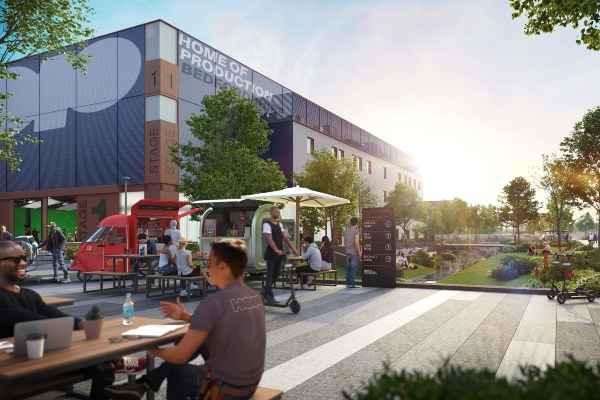