Plans submitted for new stadium and 1,000 flats at Woking FC 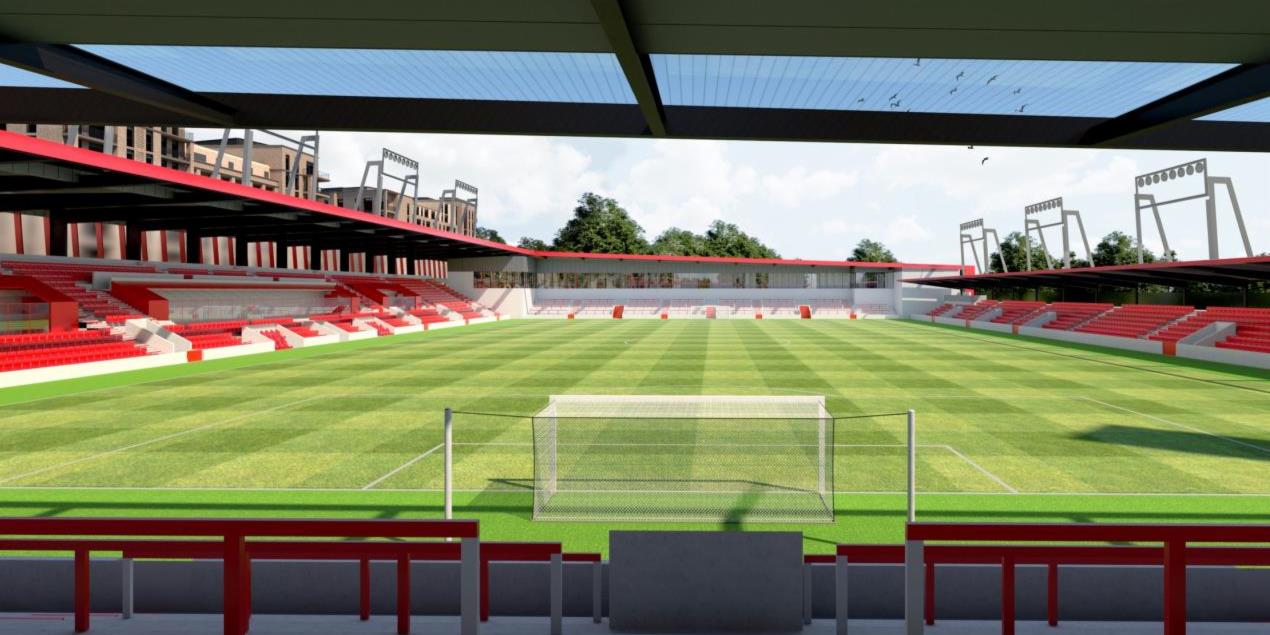 Plans for Woking FC’s new stadium along with more than 1,000 flats have been submitted to the council.

The club has been working with developer GolDev to draw up the plans which involve redevelopment of the current Laithwaite Community Stadium and neighbouring David Lloyd fitness centre.

The council has agreed to a loan of up to £250 million for the club and the developer to fund the scheme and has now released previously-confidential documents relating to it.

WBC leader Cllr David Bittleston, said: “Since Woking Football Club announced its proposals to redevelop the stadium and surrounding area, with its chosen developer, GolDev, there has been significant local public interest in the proposed development and the agreements between the council, the club and GolDev.

“Following submission of the planning application, and in accordance with normal council practice, it is no longer necessary for agreements to remain confidential.

“The documents that we are publishing, which were already available to all members of the council and reflect what the council had agreed over a number of years on a cross party basis, will hopefully allay any concerns local residents may have.

“I am confident that these documents regarding the council’s dealings with the interested parties will address the concerns of local residents.”

Woking FC have played at the current ground, originally known as Kingfield (pictured bottom), for almost 100 years and plan to move away while work is carried out on the new one. The club is hoping a decision on planning can be made by around March or April 2020.

The new stadium, which was initially going to be a 10,000-seat ground, will now have a capacity of 9,026 and will include both terracing and seats.

The new neighbourhood, to be known as Cardinal Court, will have 1,026 homes including 191 affordable. There will be a medical centre capable of dealing with 14,400 patients, a concierge office and underground parking for more than 850 cars. Every parking space will have an electric charging point and every flat will have cycle space.

David Lloyd Leisure will move to a site in Egley Road which will include a development of 36 family houses.

The documents made available by the council are at www.woking.gov.uk/wfcstadiumdevplan. Visit the stadium website at https://wokingcommunitystadium.com/​

* Images (top and below) show the proposed stadium. The bottom picture shows the current stadium with David Lloyd fitness centre to the right. 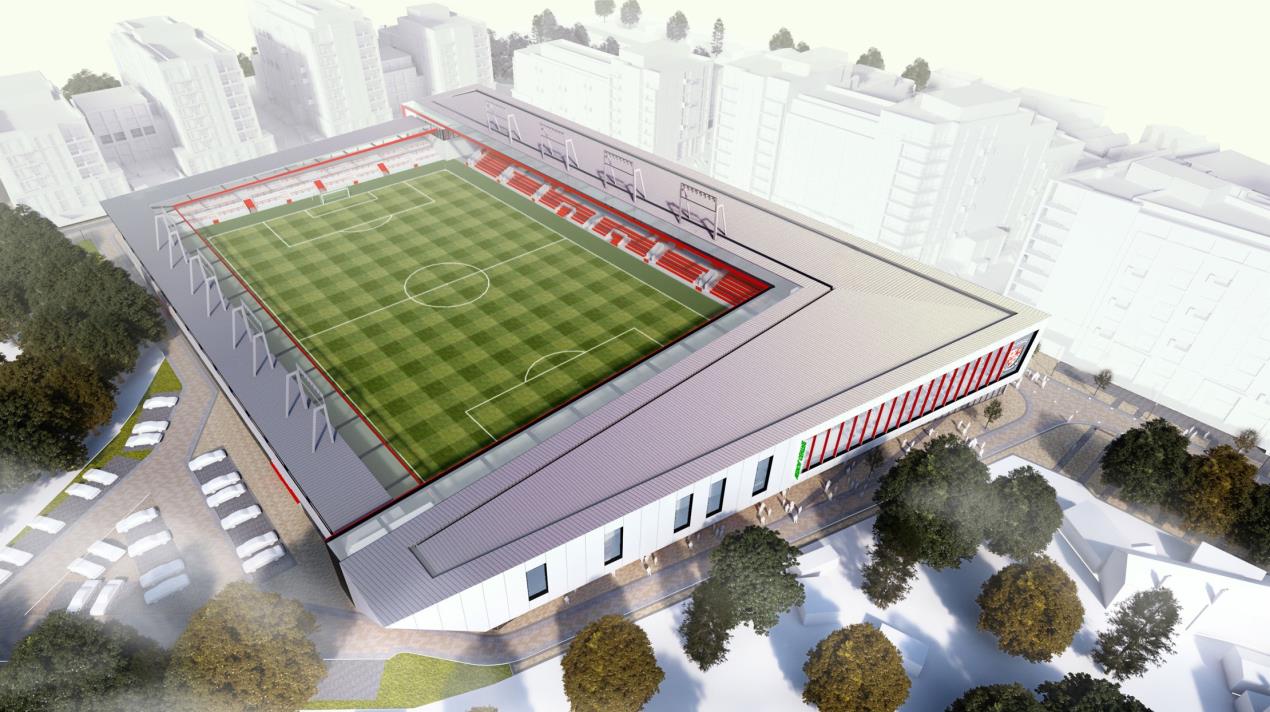 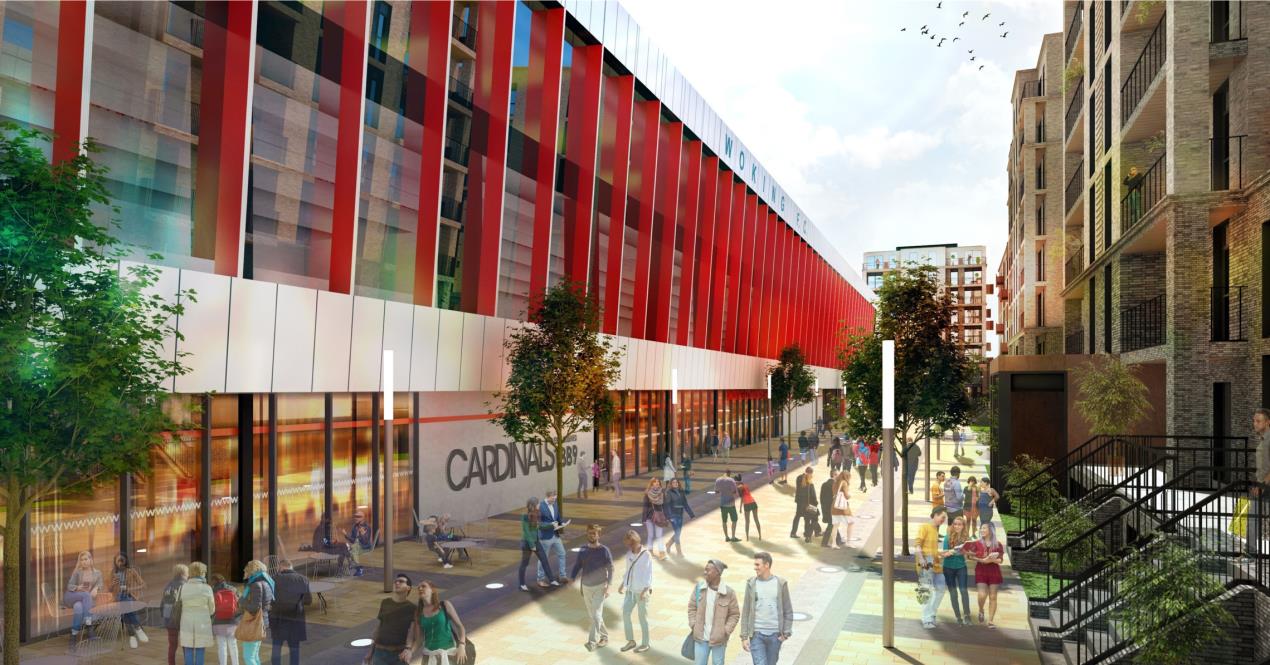