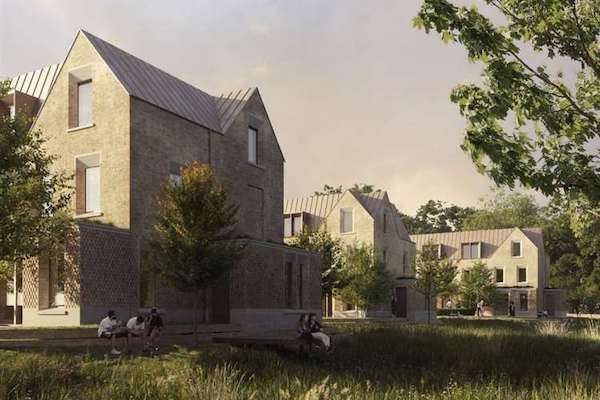 Plans to build student accommodation adjacent to a nature reserve in Cambridge have been rejected following a plethora of local objections.

At a meeting on January 11, Cambridge City Council’s planning committee refused the scheme despite it being recommended for approval.

The Queens’ College scheme would have seen see four student accommodation blocks containing 60 rooms next to the boundary of Paradise Nature Reserve, designed to house postgraduate students for up to four years.

The plans showed self-contained units for a mix of four and five students, which also include enough space to study and entertain guests.

Alongside the new accommodation, some of the existing college buildings were set to be refurbished and extended, offering communal study space for students.

Fears were raised by local groups that the proposed blocks could impact on bat populations in the nature reserve due to light pollution from the buildings, with others concerned that the development will impact on the look of the conservation area and that noise and dust from the building site could affect the neighbouring Newnham Croft School, among other worries.

Objections were sent to the council by ramblers, the Federation of Cambridge Residents’ Associations, Living Streets, Cambridge, Past, Present and Future, the Campaign for the Protection of Rural England (CPRE), Friends of the Earth, Friends of the Cam and the Wildlife Trust as well as the Friends of Paradise Nature Reserve group.

There were also letters of objection from Newnham Croft School, South Newnham Neighbourhood Forum and from ward councillors. The Friends of Paradise group commissioned a report that found eight bat species living in the trees along the boundary of the reserve, where it meets the Queens’ College site, including the endangered barbastelle bat.

If approved, the nursery currently on the site would have been demolished and would have had to relocate; options considered were Cambridge Rugby Club which would have a similar capacity to its current site and is also only 1.5km away. Other options include a larger nursery which Queens’ College and Pembroke College would jointly provide.

The plans were refused due to ‘excessive scale and massing and sitting in close proximity to the Paradise Local Nature Reserve, it would result in a cramped and imposing form of development and loss of openness experienced by users from the local nature reserve’

Other reasons included harming the recreational amenity the reserve creates, which is also protected in the Local Plan. There was also too little information on the local bats and concerns were raised over both the impact on the biodiversity of the reserve and the amount of amenity space for future students.