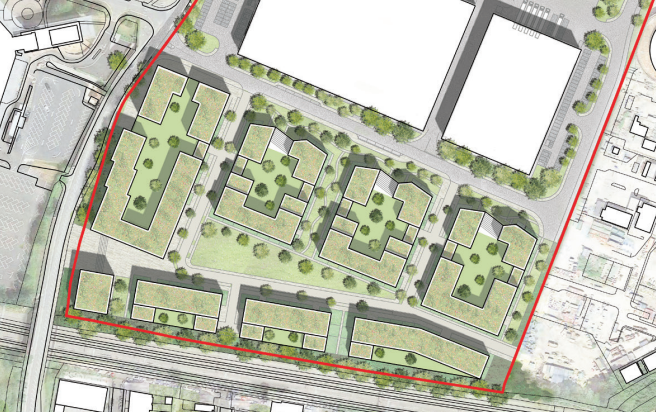 Details of the sale have been kept under wraps until it completed. Now Slough Borough Council has announced the sale but says the buyer has asked not to be named.

As reported in Thames Tap, the council bought the 11.5-acre southern section of the former site in February 2021 from Panattoni for £38.1m and planned a housing scheme of up to 1,000 properties.

But after the council’s financial collapse last year it was forced to sell £600m of assets and it was decided the Akzo Nobel site should be among the first to go.

Cllr Rob Anderson, lead member for financial oversight and council assets, said: “Originally, we bought this site with the vision of creating housing, however despite this original vision not being practical in reality, this site has proven to be a very good investment.

“It has been widely reported that we need to sell assets totalling hundreds of millions of pounds; this sale goes a significant way to meeting that target and stabilising the council’s financial position for the future.”

Cllr James Swindlehurst, leader of the council, said: “Slough is excellently placed due to its location and connectivity and there is an inherent value in land in Slough for both domestic and commercial uses.

“The large-scale profit on the sale of this asset – made in little over a year – reflects the strong growth in demand for sites that can meet data centre, logistics and distribution uses.

“The proceeds from this sale alone will significantly assist the council in its financial recovery.”

The first of the asset sales to complete was announced just before the Akzo Nobel deal. Visit https://ukpropertyforums.com/slough-council-announces-completion-of-first-asset-sale/