The property market after COVID-19 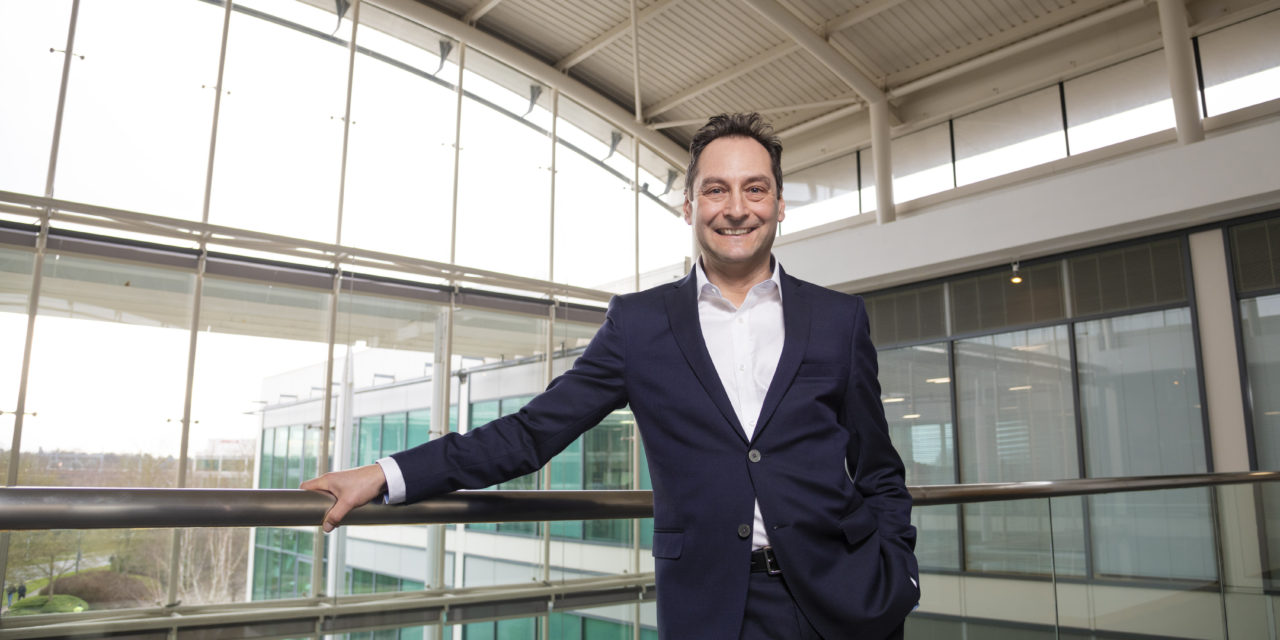 Guy Parkes, partner at property consultant and Thames Tap sponsor, Vail Williams, looks at past crises to help see the way forward in the market post-COVID-19.

After the current crisis will we need to employ the same strategies used post-dot com crash in 2001 or after the fiscal crisis in 2008?

Or will there be a short pause and quick bounce back like last year during the Brexit negotiations – something we refer to as the ‘trampoline effect’?

Having researched what has gone before, Vail Williams has pulled together some market insight to reveal potential parallels and opportunities that could help businesses prepare for life after the coronavirus.

The UK is well well-prepared and practised in uncertainty thanks to the indecision surrounding the Brexit negotiations.

As a result, businesses have not been over-stretching themselves, so over the last three  years, we have seen sensible and sustained growth as businesses have taken a more measured and conservative approach to expenditure and cost control.

This means that, fundamentally, the UK economy has been performing well which should stand us in good stead, subject to the impact of other external factors.

What impact will COVID-19 have on the office market?

The truth is, that no one can be certain.

But our sentiment is that COVID-19 will not result in a repeat of the sustained downturn of 2008, which was induced by economic imbalance and fiscal mismanagement rather than external factors like the current predicament.

However, parallels might be drawn from the events of 2001, which resulted in a sharp short-term correction and cautious but sustained recovery.

This crash was exacerbated by extraordinary external factors such as the Y2K computer scare combined with the 9/11 attack, so more akin to one-off shocks rather than directly linked to economic performance.

The graph in the images below shows how these shocks manifested themselves in terms of office transactions across the Thames Valley.

Learning from what has gone before

In the case of 2008, the recession was triggered by fundamental deficiencies in the banking system which, at the time, resulted in a sub-prime mortgage crisis of unpaid and unsecured loans.

This fiscal pressure, which started with house prices dropping in 2006, unsettled the markets and the Government stepped in to shore up the banks.

However, they took until 2009 to inject a fiscal stimulus package, by which time the economy was too far gone. Today is different.

The UK Government has taken very swift and decisive action to help businesses and households through the shock and provide much more certainty.

Protocols are now in place in the banking system to ensure that it remains robust and reacts quickly to redress imbalances through swift interest rate cuts and mortgage holidays, so the impact will be less pronounced than in 2008.

In this sense, the economy today is more protected, so should be better placed to bounce back.

The mood is also different to the circumstances surrounding the 2001 crash, when demand for offices was artificially fuelled by businesses panic buying computer hardware, networks and software to be Y2K compliant.

After 2000, when sales subsided, technology conglomerate Cisco dumped 600,000 sq ft of office accommodation into the market at Green Park, Reading, contributing to an eventual over-supply in the Thames Valley.

Here, supply levels jumped from 2.4 million to 3.9 million sq ft between 2000 and 2001 and rose to a peak of more than 7.5m sq ft in June 2004. Today, however, office supply is at its lowest level for 10 years with many towns across the south east facing chronic shortages of less than six-12 months’ availability.

If more stock were to be released, it may have the potential to motivate more companies to move or relocate elsewhere rather than renew leases, particularly if they can see more choice in the market.

Recent property demand in the south east has been driven by factors including new innovations, changing working practices, consolidation due to M&A activity, access to talent pools, wellness and sustainability, as well as relocations enabled by CAPEX payments to tenants.

We do not expect, therefore, to see the same panic and fears fuelling a recession as they did in 2001 or 2008. The Government has intervened early to safeguard jobs and income as well as protecting the economic balance through the introduction of economic stimulus packages.

So, what can we expect in the short term?

In all likelihood, we will see the same response that we experienced with Brexit and the election uncertainty – businesses will put the brakes on activity and adopt a wait and see strategy.

The can will be kicked down the road as lease events are pushed out, providing more breathing space. Meanwhile, transactions already in solicitors’ hands will be, and are being, re-negotiated to provide an elastic occupation date and extended rent holiday.

This is sensible economics so that businesses do not overstretch themselves and landlords retain tenant income at this challenging time.

Some landlords will also look at their income profile in parallel with potential void periods and are prepared to discuss rental reductions or stepped rents to ease occupation.

It’s not inconceivable that some occupiers will use this time to look to acquire space on more preferential terms and follow the line of least resistance by remaining in their existing premises.

After the 2001 crash, rents immediately fell 20-25 per cent within six-nine months, but they had been artificially inflated.

If adjustments need to be made at the same point today to attract new tenants, we anticipate a net adjustment closer to 12-15 per cent. However, this won’t apply to buildings in prime locations with single figure percentage vacancy rates.

And it goes without saying that we are not immune to the nuances of the other world economies. Having said this, the UK’s independence may well help as European-based companies look to straddle the border post-Brexit with a separate base in the UK, which would fuel demand within 30 miles of Heathrow.

What we have learnt from Brexit negotiations is that the markets do not like uncertainty.

So, once we have clearer visibility on the timescales for finding a solution to COVID-19 and, given that the economy is in a relatively robust state, it wouldn’t be unreasonable to expect a quick bounce back.

At a macro-level, many landlords are showing sensitivity and humility in supporting their tenants’ businesses by moving payment periods from quarterly to monthly. Where possible, they are also offering rental holidays to ease cash flow, supporting jobs and retention.

The grid in the images below show our views on what businesses should prepare for in a post COVID-19 commercial property market.

We anticipate a ‘Trampoline effect’ akin to the Brexit period, as the economy readjusts relatively quickly. However, there may be a time lag as many businesses cautiously observe their markets for the next 6-9 months.

In the meantime, I, like many of our team based across our eight offices in the south east, will continue to collect vital market intelligence to ensure that our clients emerge from COVID-19 one step ahead of the competition.

© Thames Tap No 205 (powered by ukpropertyforums.com) 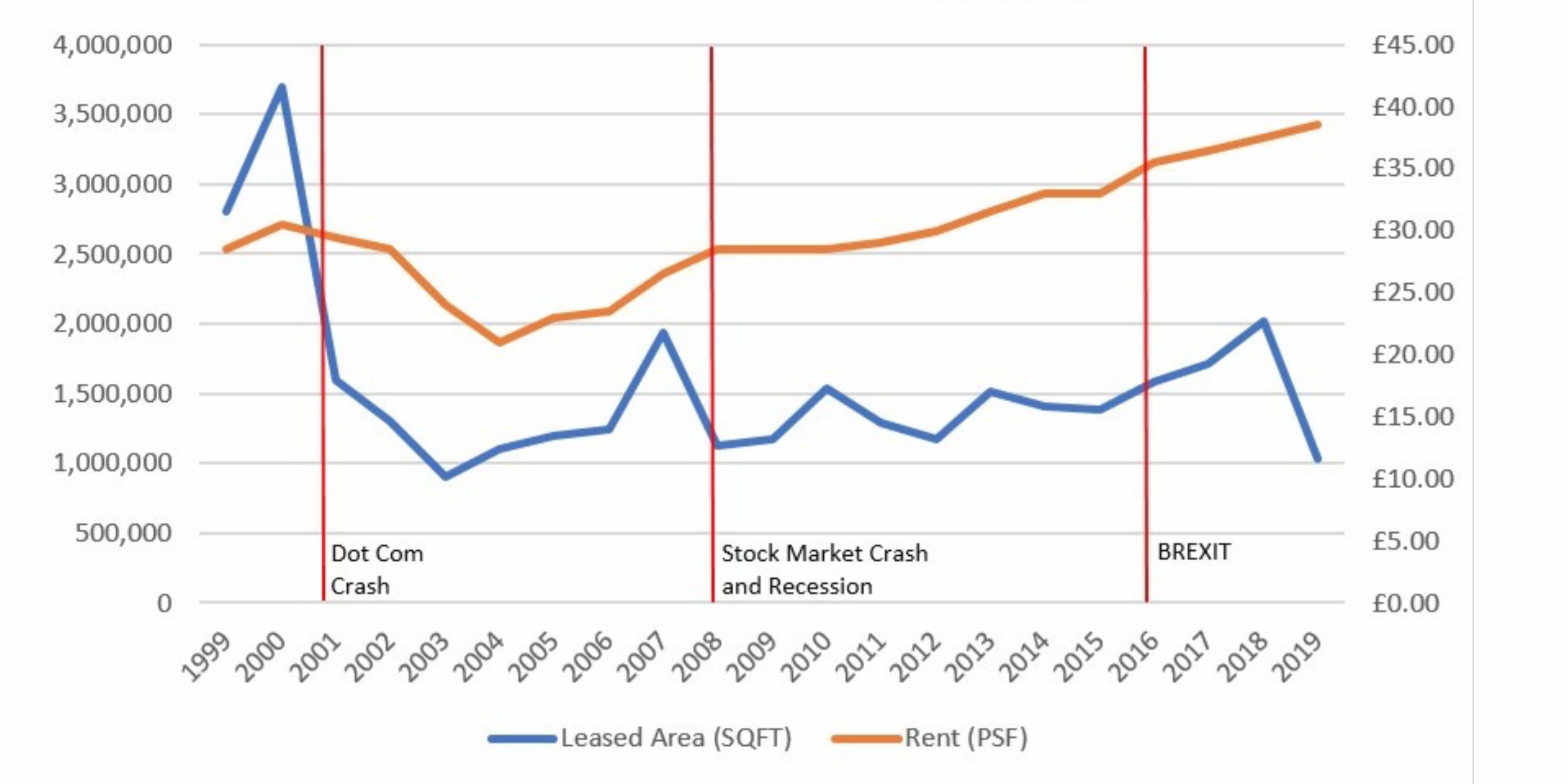