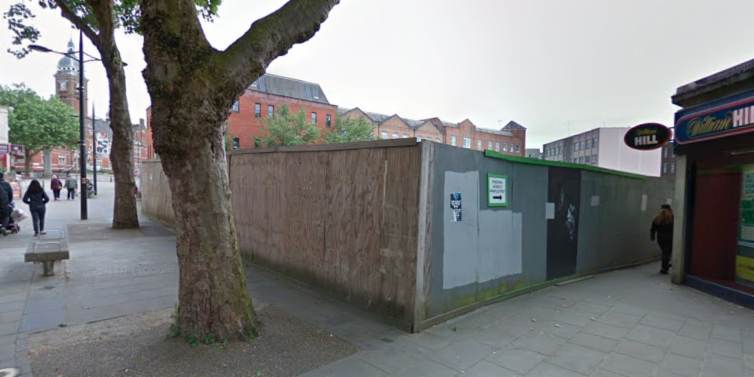 A deal between Swindon Borough Council and Whitbread may lead to a new 197-room hotel in the town centre.

The council has agreed to sell the site of the former Aspen House in Regent Street to Whitbread which wants to build a Premier Inn with Bar+Block steakhouse on the ground floor.

A planning application is due to be submitted during November.

Cllr Dale Heenan, Swindon Borough Council’s cabinet member for the town centre, said: “Whitbread, the UK’s largest hospitality company, has purchased the former Aspen House site in Regent Street, and over the next 12 months, residents and businesses will see a visible difference with construction starting on a new Premier Inn hotel and steakhouse.

“This deal has been quietly worked on for nearly a year and is hugely positive news for Swindon. It clearly demonstrates that, step by step, we are making real progress in sorting out the regeneration of our town.

“The council is committed to making the town centre a popular and thriving destination.

“Slowly but surely, progress is happening on the first new office development in 20 years, the North Star leisure complex, restoring the Mechanics’ Institute, the £30m new Bus Boulevard, a new larger theatre and art gallery, a new Hilton by Hampton near the train station, and the new £25m town investment plan.”

Planning consultancy and Thames Tap partner Turley acts for Whitbread. Director Peter Lawson said: “Whitbread’s investment in this key site will assist in regenerating the upper part of Regent Street and will boost footfall both during the daytime and into the evening to the benefit of Swindon town centre as a whole.”