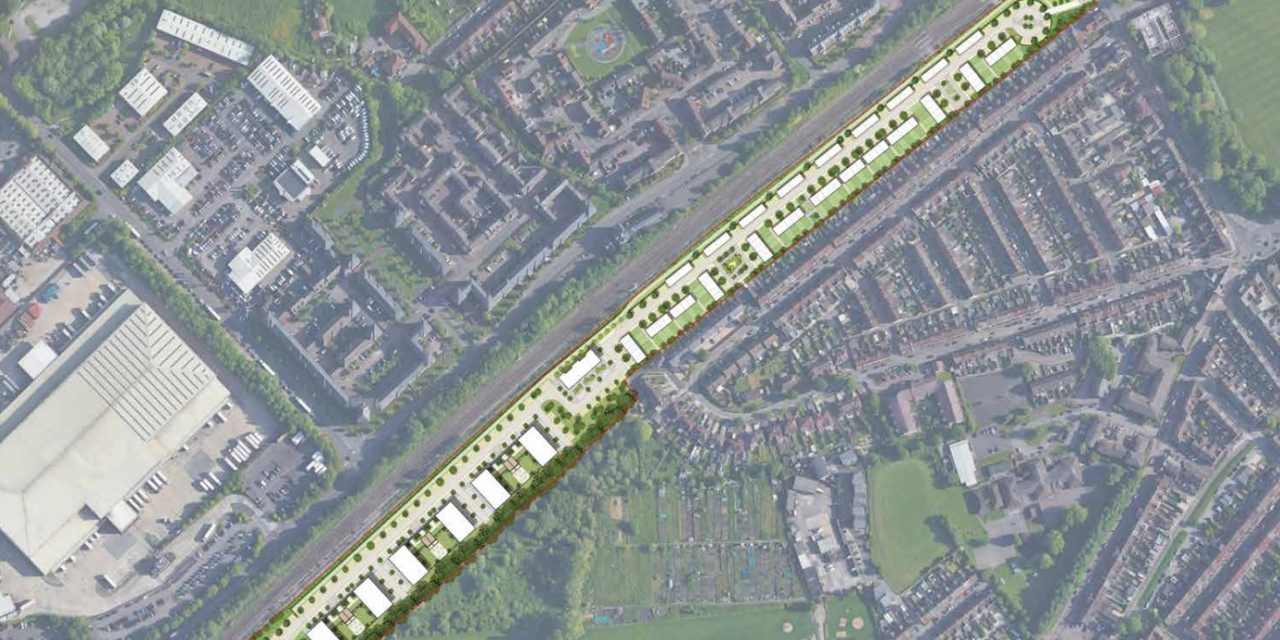 Plans have been submitted for 368 homes to run alongside the Great Western Mainline at Swindon.

One Swindon has applied to build the homes on a 5.7-hectare strip of land south of the line.

The site, formerly Newburn Sidings, was part of the railway works land, most of which was north of the mainline.

The development, planned by Turley and designed by Broadway Malyan, is for a mix of apartments and family houses. The scheme, which includes 370 sq m of flexible commercial (Class E) space, is made up of a number of character areas which respond to the town’s railways origins and the immediate surroundings.

These include a circular area of public realm called The Turntable Circus, directly opposite the listed turntable from the former railway works.

One Swindon’s design and access statement concludes: “Our vision for a new residential quarter seeks to build on Swindon’s railway heritage whilst re-imagining an integrated multi-generation neighbourhood.

“Our cohesive approach to design will ensure high quality landmark placemaking in this important gateway location.”