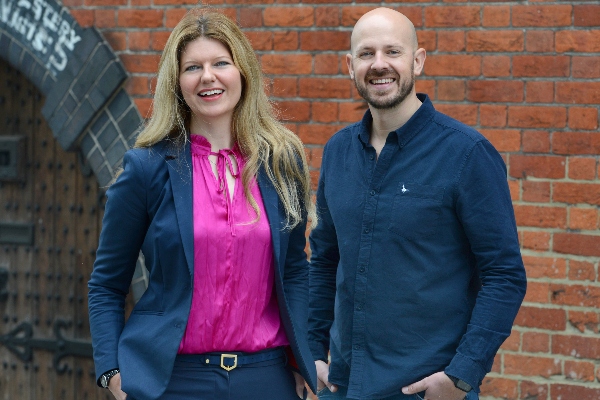 Antler Agency has opened an office in Birmingham and has appointed Lottie Crossley as managing director of a newly created national public relations division.

The new division is specifically for housebuilders, developers, contractors, and property consultants.

Previously, she was head of communications for Innovation Birmingham (now Bruntwood SciTech) for over six years, where key responsibilities included driving an ambitious commercial property development programme. Prior to that, she was a director and shareholder of destination marketing agency Core, where she was based for 12 years.

Established in Southampton in 2017, Antler Agency specialises in both digital and printed marketing collateral, computer-generated images and flythroughs, and video podcasts.

In-demand services such as interactive websites and hybrid brochures has contributed to the sustained growth of the business, which has a national client base, including Abri, AJC Group, Countryside Properties, Crest Nicholson, Linden Homes, Shanly Homes, Spitfire Homes, Savills, and Taylor Wimpey.

Lottie Crossley, managing director of Antler Property PR, said: “I couldn’t be any more excited to be launching this new business division, which will complement the services Antler has built its reputation on for the past five years. With so much political and economic change, communicating to new and existing audiences has never been more important. Effective Public Relations enables companies to convey their announcements to journalists and be talked about in the news. The profile and credibility this brings can be transformational.

“I am an ardent believer in the value of building momentum for property development projects via the media. Reading about the latest milestone regarding land acquisitions, planning, construction, or sales success, engenders real excitement about a live project. Being on top of the news agenda and expressing timely views on Budget announcements, updates to the National Planning Policy Framework, the Local Plan process, and ministerial changes, also provides both proactive and reactive opportunities for forward-thinking companies. Then there are the benefits of announcing company results, business forecasts, and key appointments.

“I am looking forward to delivering a comprehensive PR service to Antler’s existing client base, which is predominantly focused across the Wessex region, as well as reconnecting with my contacts within the Midlands.”

Simon Jenns, founder and CEO of Antler Agency, said: “Due to the requirements from existing clients, launching a PR division has been a key business plan goal for Antler. Appointing Lottie to lead this new service will enable us to work nationally from day one, and establish a team of media relations specialists, based in both Birmingham and Southampton.

“Lottie is at the top of her game and her 20 years of experience and passion for the industry is so evident. The opportunities to innovate and deliver excellence to new and future clients are tremendously exciting.”