Approval for major regeneration of Aldershot 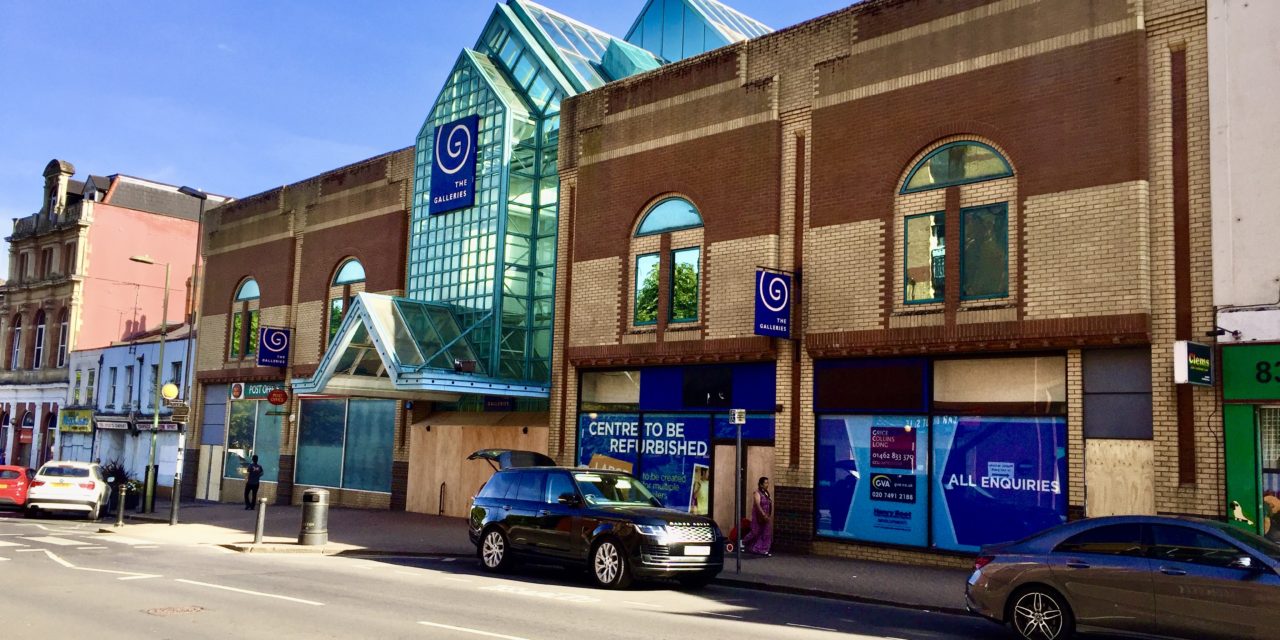 Plans for 596 flats and 46,500 sq ft of flexible commercial space have been approved for Aldershot, the major section of the town’s regeneration.

Ten of the councillors in the meeting voted in favour, none were against and there was one abstention. The scheme (see the gallery of images below) has been being worked on for more than four years. The decision follows recent approval given to the Union Street East regeneration scheme led by the Rushmoor Development Partnership and involving the same developer.

Cllr Calum Stewart told the meeting: “It has been a long time coming, this application. I am just about old enough to remember spending a Saturday with the family in The Galleries.

“As we all know these buildings and others have been empty for over 10 years and it has become a real blot on the town. That’s why tonight’s application is incredibly welcome.

“I think these are ambitious proposals. The fact is we will be replacing a number of underused and vacant buildings with a new urban quarter, with civic space, with a public square and this will be the single largest element of Aldershot’s regeneration.

“Together with Union Street East, this will be transformational.”

The meeting heard questions from councillors including why schools and places of worship were not included in the flexible uses. Officers said it was the applicant’s preference but added that that would not prevent future applications of that kind.

Cllr Jonathan Canty said: “The flexibility in the commercial uses will make a big impact and will make this scheme viable. Ultimately, without viability Aldershot cannot be regenerated.”

The scheme, planned by D Rose Planning and designed by JTP Architects, will feature a new public square among the commercial space which includes use classes A1 (shops), A2 (financial and professional services), A3 (restaurant and café), B1a (offices) and D1 (medical and civic) across 13 units.

A breakdown of the flats shows 330 with one bedroom and 266 with two.

Project manager for the scheme, Chris Wyman said: “We are delighted to receive this strong, cross-party support from elected members in Rushmoor. It is clear that these councillors – along with the local MP who has welcomed the decision – share our commitment to transforming Aldershot town centre.

“This scheme has been a long time coming. Shaviram acquired The Galleries (which has been empty for over 10 years) in July 2016. Following the purchase of The Arcade later that same year – and the subsequent inclusion of the High Street multi-storey car park – we then worked up detailed proposals which were finally submitted to the council a few months ago.

“Against a challenging economic backdrop – particularly for the retail sector – we now have the opportunity to breathe new life into this historic town, with high-quality civic spaces; including a new public square, to provide a focal point at the heart of the community. We will also be re-providing car parking spaces as part of the development.

“We are committed to enhancing what Aldershot has to offer and – through this development – increase the customer base of existing outlets, with hundreds more people living and working in the town centre.

“Our plans allow for a flexible range of commercial, medical and/or civic floorspace at ground floor level, to maximise the prospects of the units being occupied. By taking this approach, we will help sustain existing jobs and create new ones, including during the construction phase.

“The feedback we have received locally – including through last year’s consultation event – has been overwhelmingly in support of this investment, and we are pleased to finally be in a position to proceed. We look forward to working with the council and the community as this ambitious regeneration of Aldershot gets under way.” 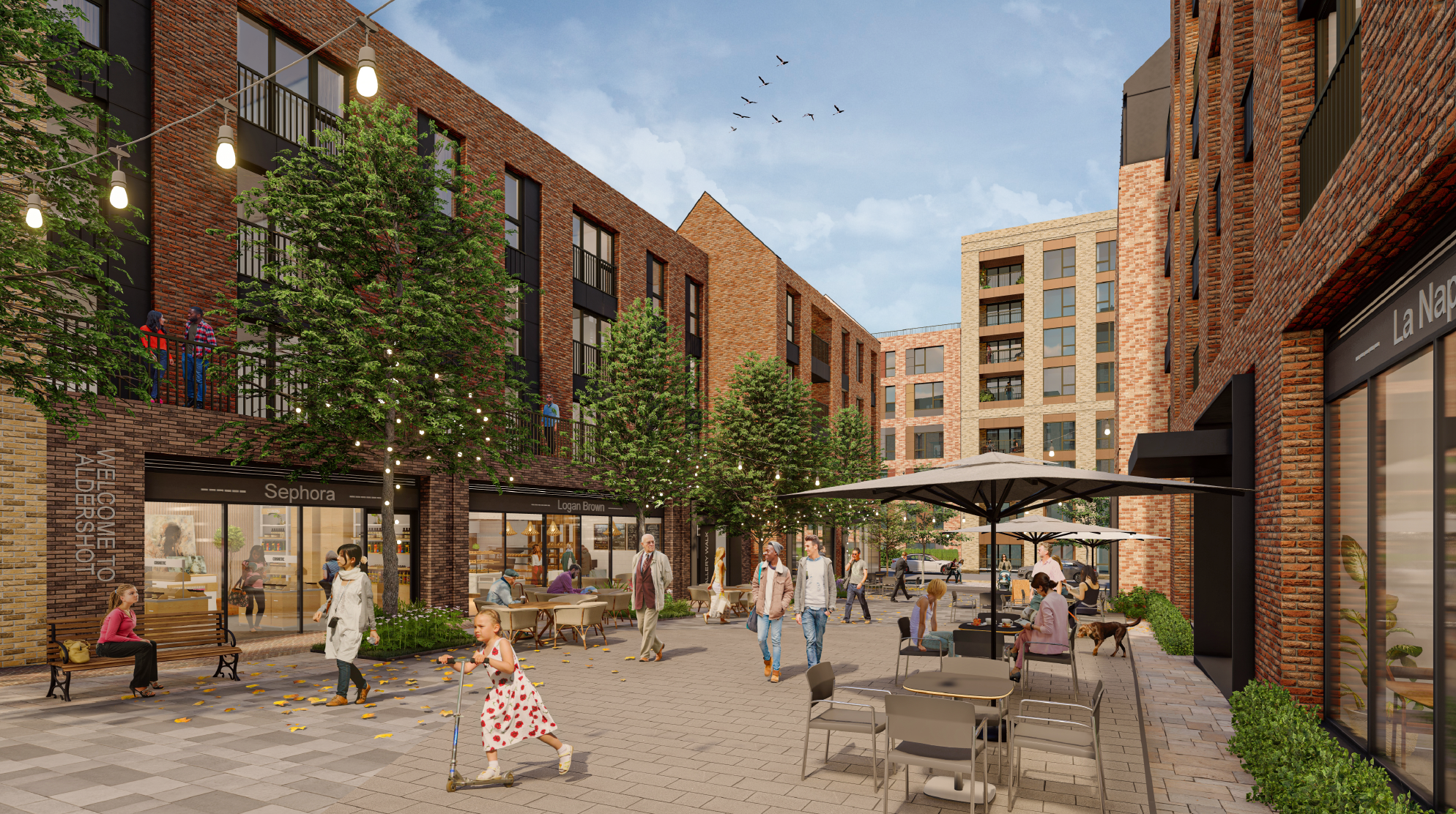 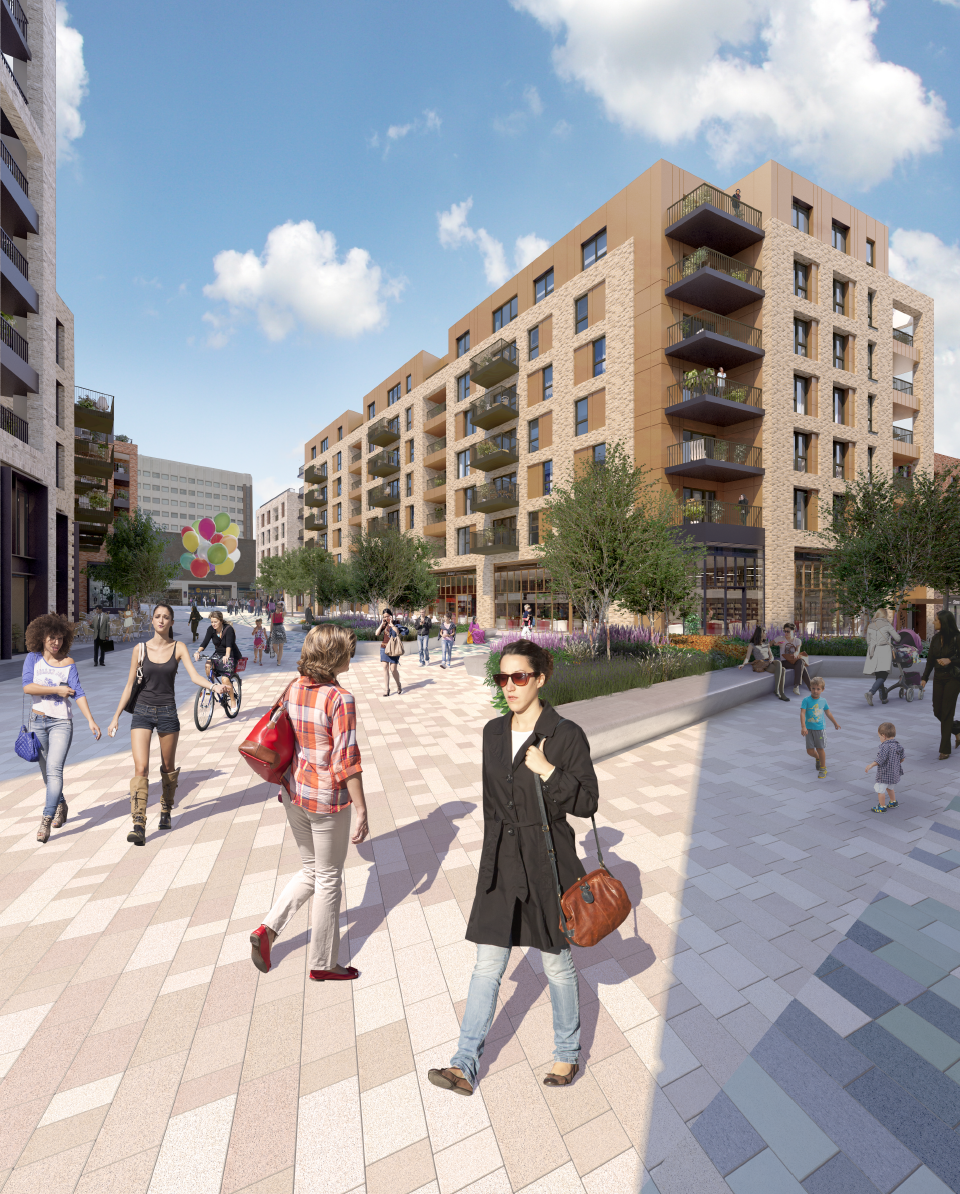 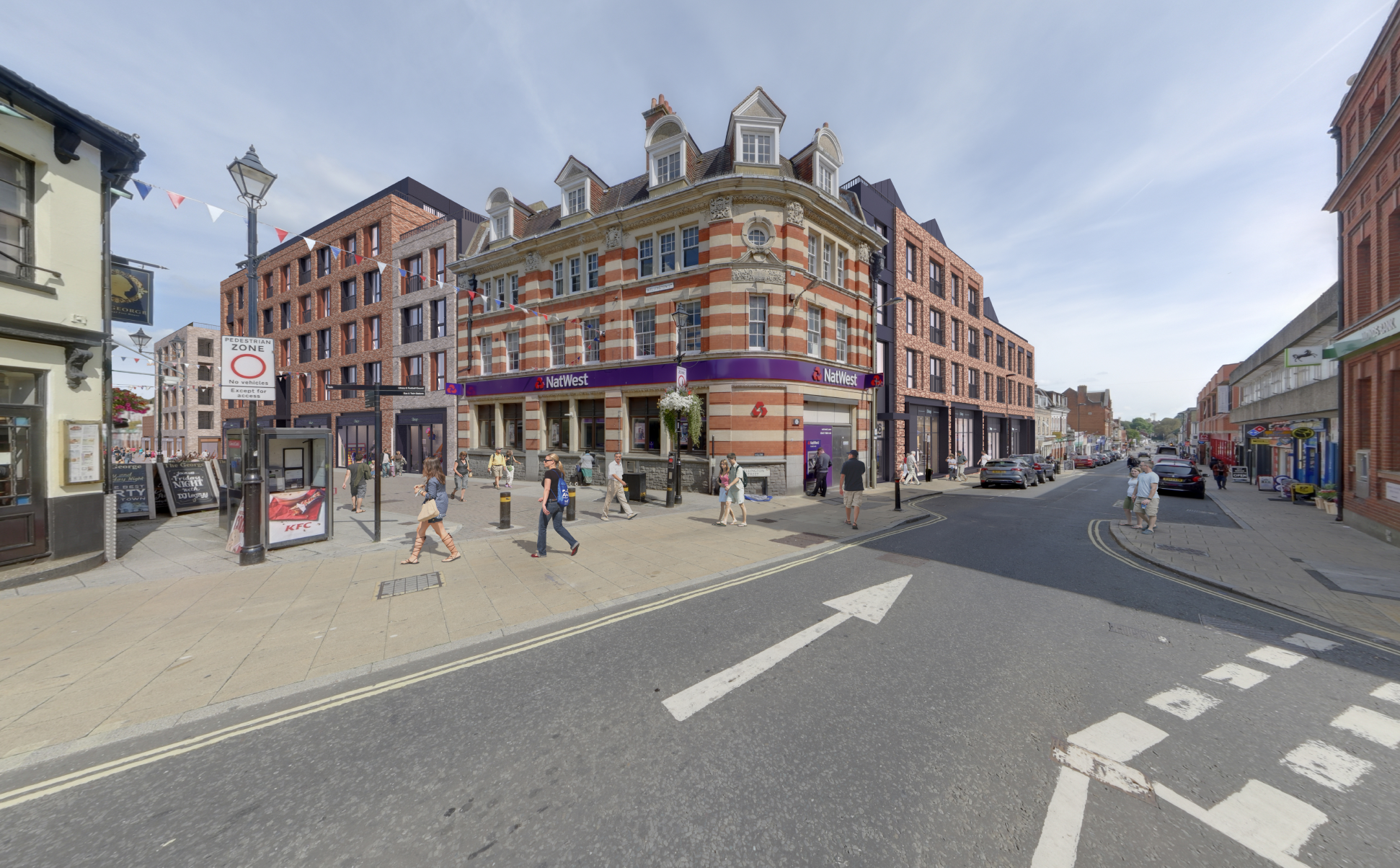 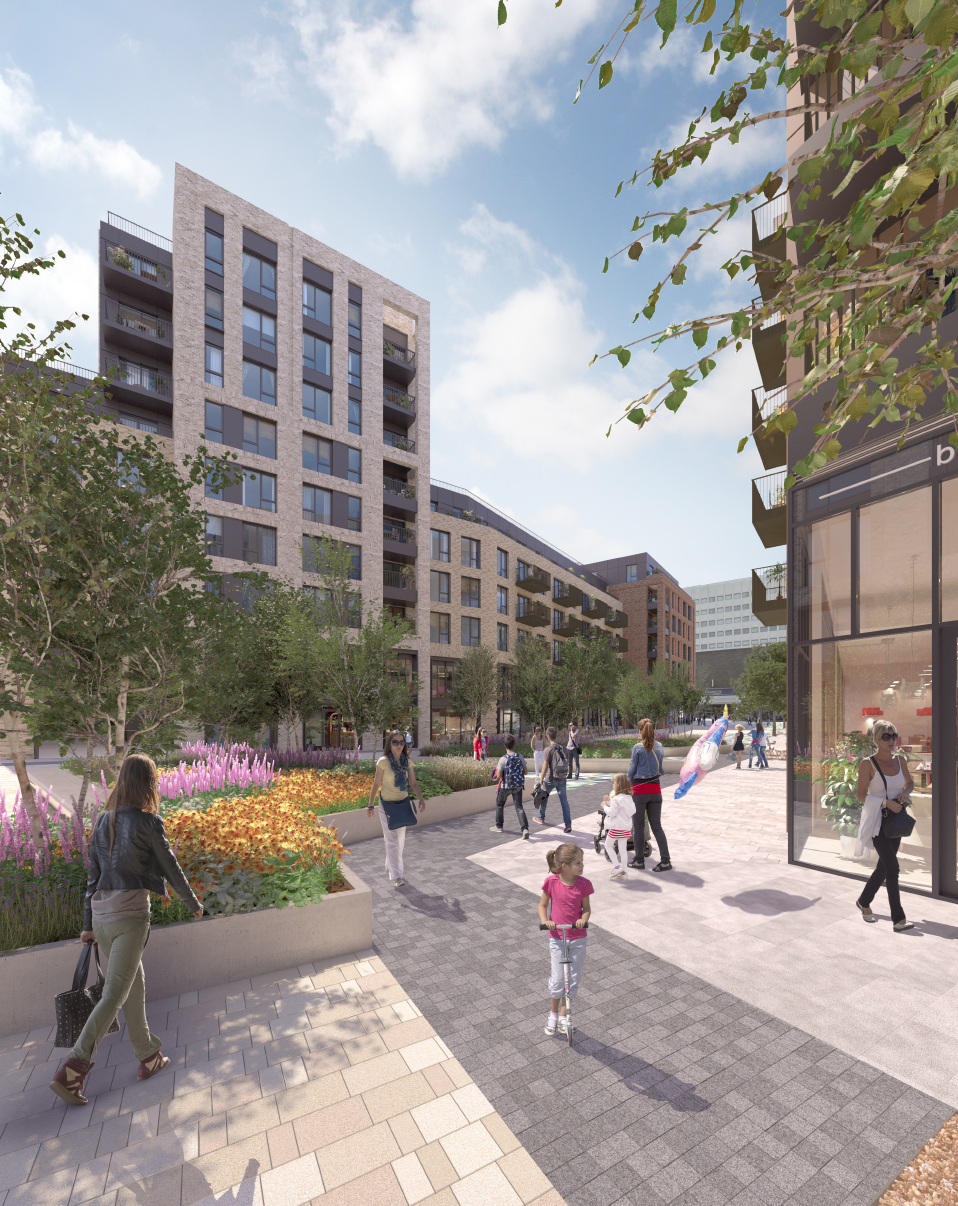 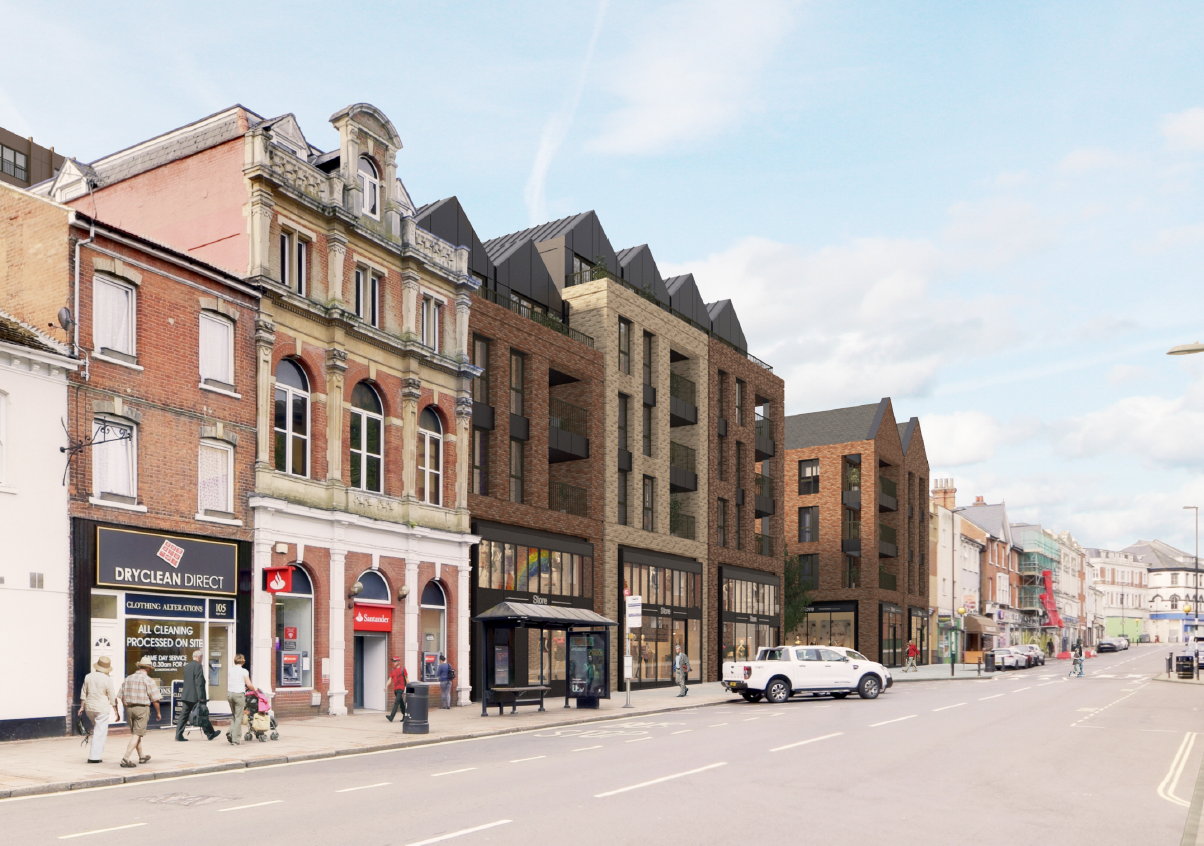 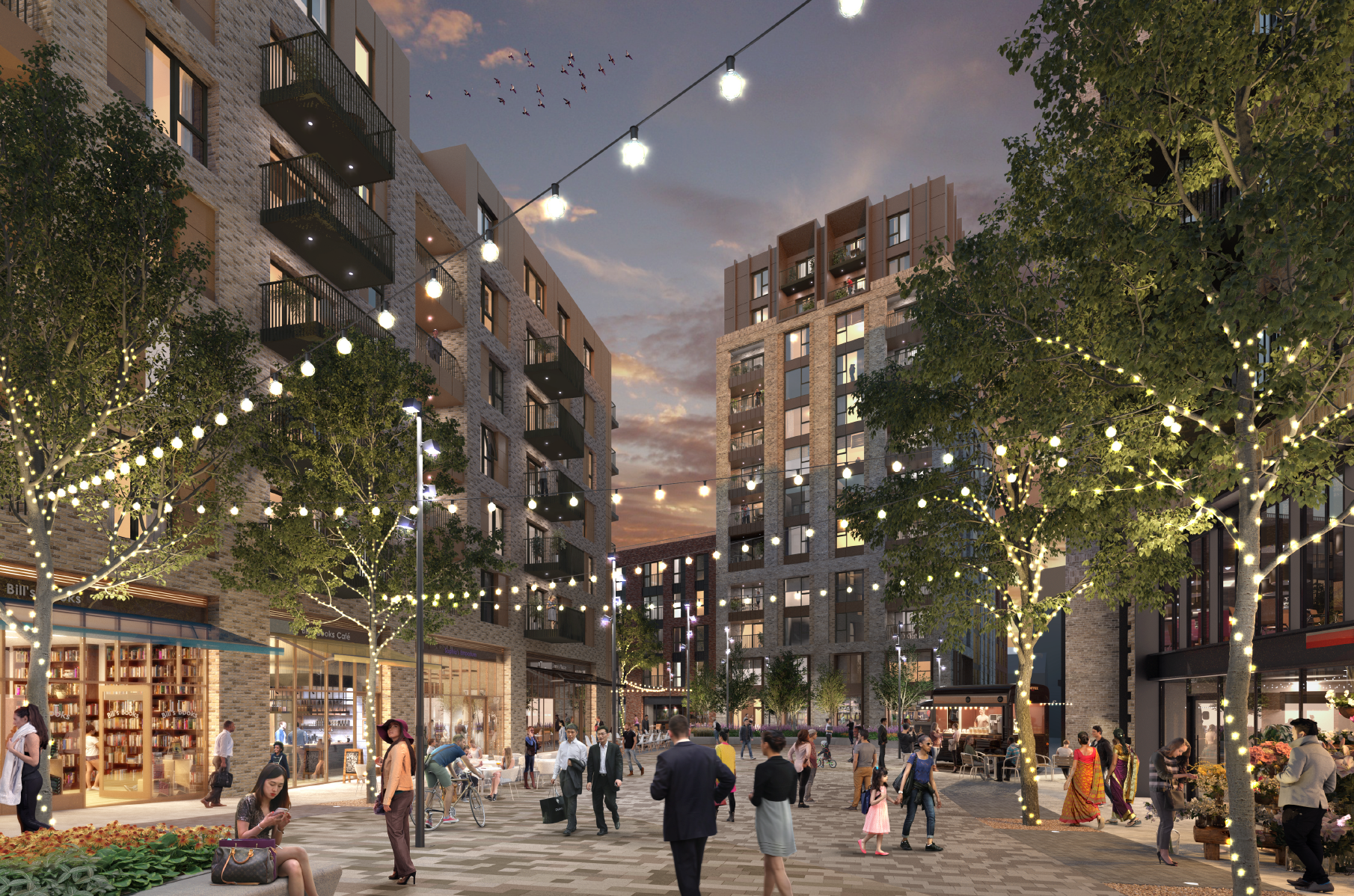 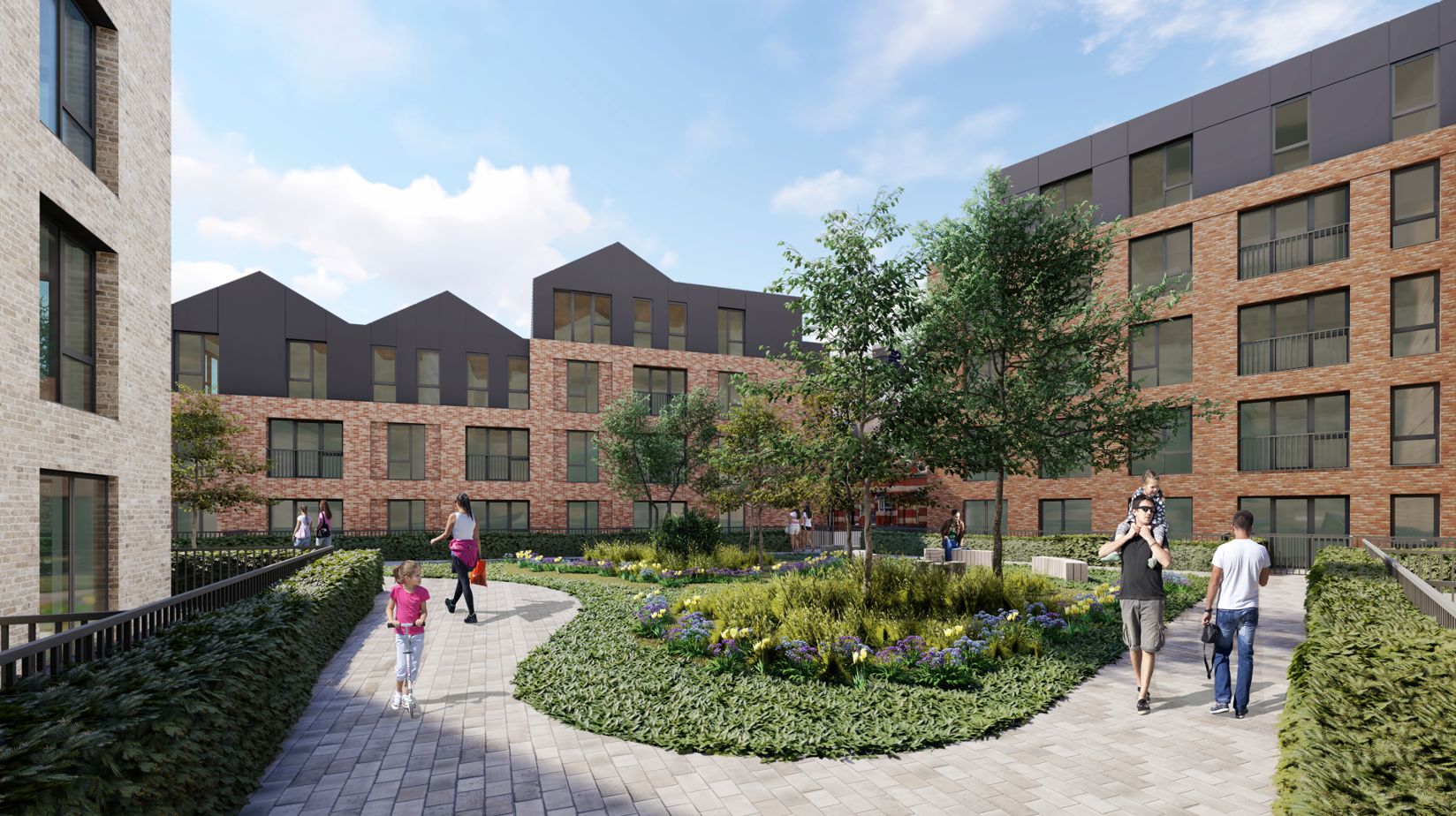