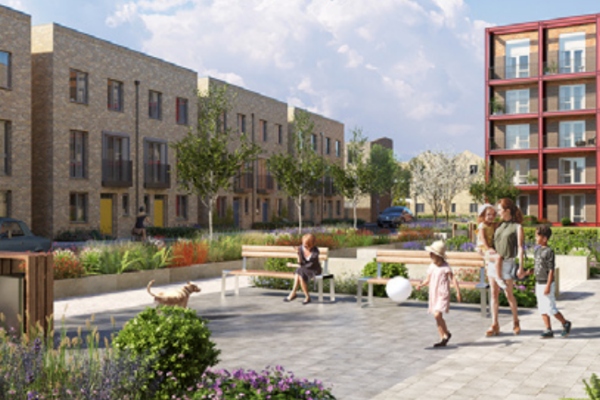 Bidwells has released their Autumn 2021 Cambridge Residential Market Report, highlighting the changes to the market in the past few months,

Though the centre of the city remained quieter than previous years in the summer months, there were strong levels of activity reported in both the employment and housing markets, with existing pressures on the rental market intensified as new workers heading to the city was coupled with the usual activity in advance of the new school year.

As such, there has now been a step up in housing market rents due to an even greater shortage in stock, where the city is currently unable to accommodate its expanding employment base. The imbalance can only worsen as the city’s science and technology hub continues to take off, operating at its highest level for eight years.

The sales market saw intense competition spill over into the rental market, where demand for lettings was up on the Q3 period last year, though stock shortages put increased pressures on the market. In the 12 months to the end of Q3, lettings were 36 per cent ahead on the previous 12-month period. This has caused an increase of 6.7 per cent in prime rents in Cambridge over the last three years, with 7.5 per cent growth in the price of rent of a prime two bed flat over the last 12 months.

Demand is dominated by the science and technology sectors, with the likes of the new AstraZeneca Global HQ and R&D centre encouraging a highly-skilled tenant base, with new workers coming to the city, with central locations remaining preferable for households. 66 per cent of Q3 lettings were made to households working in the scientific, technology and medical sectors. Equally popular are the villages surrounding the city for households, driven by the flexibility of work from home options.

Meanwhile, the investment market has slowed over the last quarter. As people search for space, capital uplift has been seen in detached houses and townhouses, and the apartment market has returned to growth following a slump during the lockdown.

Owner-occupier demand has been supplemented by investors from Hong Kong, looking to get a foothold in the international investment market, whilst looking for resettlement in the long run. New investors have primarily found investment through secondhand stock, with some investment in new build properties.

The slight decrease in residential gross yields recorded in Q2 was counteracted by demand forces in Q3, with the average now standing at 3.95 per cent, 21 basis points above the long run average. Apartments saw the sharpest increase in yields, with one- and two-bedroom flats delivering their highest gross yields since 2014.

The report projects that as the economy moves into post-pandemic recovery, due to the focus on the science and technology sectors in the city and its limitations on hybrid working and working from home, the focus will be on travel within the city, though living options will remain diverse, with new developments coming forward across the region for both investors and tenants.