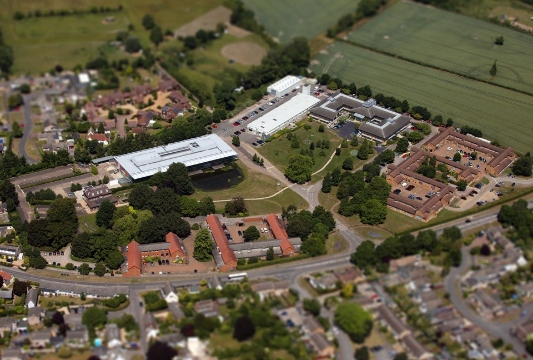 The deal will see Legal & General and Bruntwood, the joint venture behind Bruntwood SciTech form a partnership with TTP, and work on a masterplan together alongside the local planning authority for the 16.4-acre site.

Bruntwood SciTech was created as a portfolio of eight sites in the North and Midlands in 2018, with ambitions to become nationwide and acquire an additional six million sq ft of sites over 10 years.

The new venture with TTP seeks to bring a new life sciences incubator to the science park, where firms such as AstraZenica, SPT Labtech, Cellular Highways, LEX Diagnostics and TTP already occupy space. TTP will also work on an innovation services programme with Bruntwood to provide access to venture capital, new markets, products and prototyping opportunities to more than 500 other businesses occupying Bruntwood SciTech sites.

Kate Lawlor, CEO of Bruntwood SciTech said “Establishing a presence in Cambridge creates a vital connection between the golden triangle and some of the UK’s other leading innovation districts in Manchester, Leeds, Liverpool and Birmingham. It further enables us to support the levelling up of the UK economy, building our network to increase the flow of investments, talent and capital into the UK science and tech sector.”

Bruntwood SciTech aims to create more than 20,000 over the next 10 years. The announcement about the debut comes under two weeks since the government published its plans to form the OxCam Arc, which it wants to become a world-renowned innovation centre.

Eleanor Jukes, senior investment manager at L&G Capital said “in the wake of Covid-19, the continued expansion of the UK’s life science sector is increasingly important. Bruntwood SciTech continues to lead the way in this space, and its move into the Golden Triangle is exemplary of its major expansion; where we can now work in partnership with more world-leading universities, science and technology businesses and ground-breaking start-ups”

Sam Hyde, CEO of TTP said “Melbourn Science Park has been central to TTP’s success over the past 30 years. We are retaining our presence at the Park and are committed to – and excited by – its future. We’re delighted to be entering into this new partnership with Bruntwood SciTech. They share our commitment to the Park and to the local area, and this partnership represents an exciting next stage. It will bring new investment and help grow and take the site forward as an important, dedicated hub for life sciences.”

JLL advised TTP on the transaction.