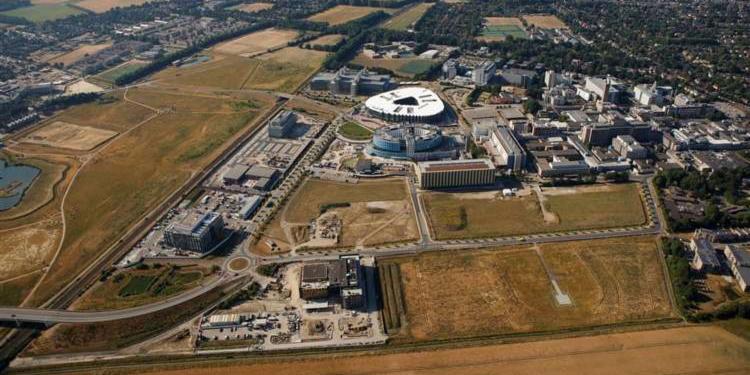 The announcement from the Chancellor Rishi Sunak, will provide funding for the project that aims to improve accessibility for patients and visitors to Addenbrooke’s and Royal Papworth hospitals and cut congestion in the south of the city.

The station is proposed to be built in the vicinity of Cambridge Biomedical Campus.

The Government’s budget document states: “The Government has designated the corridor of land connecting Oxford, Milton Keynes, Bedford and Cambridge (the OxCam Arc) as a key economic priority.

“Earlier this year, the government announced the East West Rail Company’s preferred route for the new line between Bedford and Cambridge.

“The Government will also, subject to planning consents, build a new rail station at Cambridge South, improving connectivity to the world-leading research facilities of the Cambridge Biomedical Campus – the largest cluster of medical and life sciences research in Europe.

“The Budget announces plans to develop, with local partners, a long-term spatial framework to support strategic planning in the OxCam Arc.

“This will support the area’s future economic success and the delivery of the new homes required by this growth up to 2050 and beyond.

“The Government is also going to examine and develop the case for up to four new development corporations in the OxCam Arc at Bedford, St Neots/Sandy, Cambourne and Cambridge, which includes plans to explore the case for a new town at Cambridge, to accelerate new housing and infrastructure development.”

In a statement, Cambridge Biomedical Campus said: “We welcome the Chancellor’s comments in his budget confirming the funding for Cambridge South train station.

“Over 20,000 people currently work on the Cambridge Biomedical Campus and we welcome thousands of patients and visitors to our world leading hospitals, businesses and research institutions every week.

“As we grow we believe the new station will bring significant and sustainable benefit to the life science sector and the city as it becomes easier to reach the site and people are given an alternative to the car.

“We will continue to work with Network Rail and other stakeholders to help deliver the station.”

“I have been campaigning hard for significant investment in infrastructure across the constituency, making the case to the Treasury, Number 10 and the Department for Transport, and I’m very glad to see this reflected in today’s confirmation.

“Cambridge South station will provide far better access to vital medical services and reduce the need for car journeys to and from the Campus, combatting the congestion we face on local roads.

“Commuters have been crying out for this and now they will get it.

“This Government is committed to funding major improvements to our local and national infrastructure.

“Together with the new East West Rail link, the future of our region’s railways is bright.”

It’s a critical part of the jigsaw needed to create an efficient, low carbon transport network across our city and it’ll prompt even faster growth in rail travel across greater Cambridge and beyond.

“It’s so badly needed by thousands of employees, patients and hospital visitors who will gain a reliable non-car alternative to get to Addenbrooke’s and the Biomedical Campus every day.

“Like much else in today’s budget, the detail will only be clear when the fine print is published.

“We want to see exactly how much will be funded, when will it open and will it also provide an integrated transport hub there too, essential to ensure effective bus, cycle and walking access to and from the new station.”

Network Rail envisages that the station could open by 2025, James Palmer, Mayor of the Cambridgeshire and Peterborough Combined Authority said: “The announcement in today’s budget for a train station for Cambridge South by 2025, is very welcome and long overdue.

“We are pleased that our case to disentangle Cambridge South station from East West Rail, which is not planned for at least another ten years, has been listened to and that the time it will take to deliver a train station for the increasingly important Biomedical campus has been halved as a result.”

Andy Hill, chief executive of the Hill Group, said: “This is fantastic news for Cambridgeshire as well as the wider OxCam Arc region.

“This type of multi-million pound transport and infrastructure investment brings with it a wealth of local economic growth and benefits, making the area even more desirable for residents and businesses alike.

“Addressing the housing shortage across Cambridge has been a key priority for a number of years, and to now have the backing from Central Government on delivering significant growth in housing supply and supporting infrastructure, is testament to the economic importance of the region on a national level.

“We look forward to working with our council partners, as well as central Government, in helping to cement Cambridge as the economic powerhouse in the East of England.”

A public consultation over plans for a Cambridge South station was held earlier this year, with three locations near Cambridge Biomedical Campus.

A second round of public consultation is expected to take place later in the year on a preferred option, prior to submission of a transport and works act order to the secretary of state for transport anticipated in 2021.