Consultation on draft vision for land north of M3 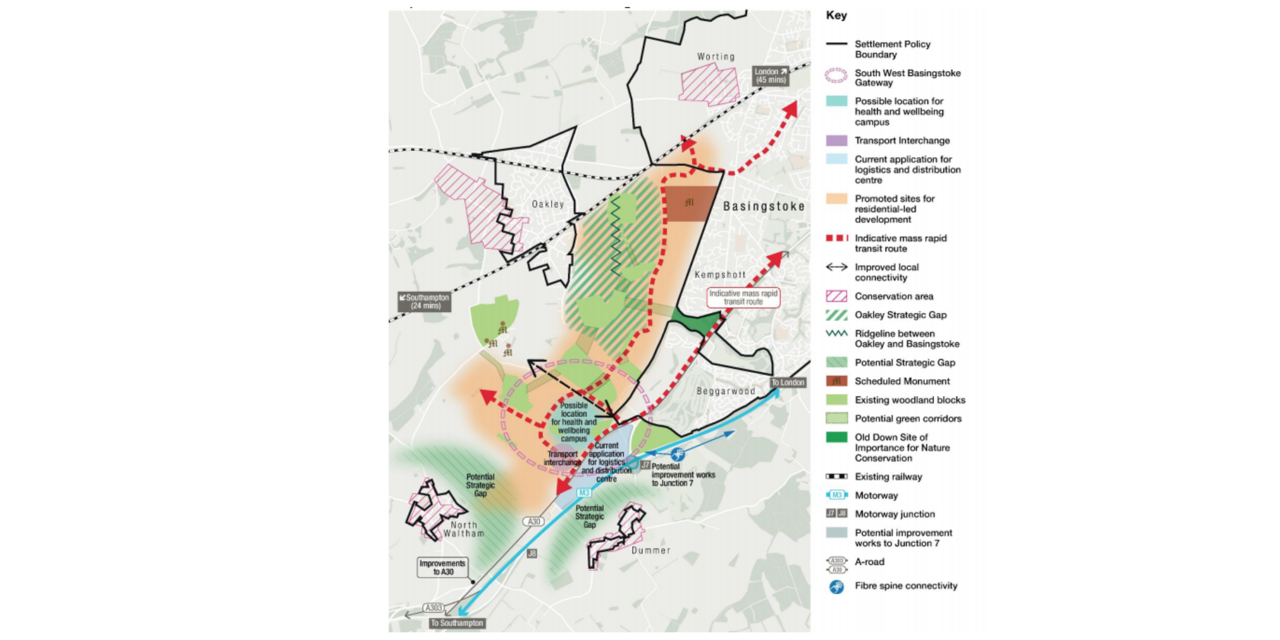 Consultation has begun over a draft vision for the area north of J7 of the M3 at Basingstoke.

As reported in Thames Tap, so much development is planned north of the junction, including a possible new hospital, Basingstoke & Deane Borough Council wants to create a document for the wider area which will feed into the Local Plan update, currently under way and due for adoption in 2023.

Other schemes either proposed or under consideration in the area include:

The area is also close to Manydown South, the second phase of the potentially 8,000-home Manydown scheme.

The mass rapid transit moved at step forward at a meeting of the economic, planning and housing committee on November 19.

Cabinet member for planning infrastructure and the natural environment Cllr Mark Ruffell said: “We want to hear lots of opinions, ideas and comments to make this a shared and joined-up proactive vision for this area.

“There are so many parts of this, with land owners, residents, groups, other organisations and levels of government involved.

“We need views on the issues and opportunities for this location in our borough so we can set out our shared ambitions to get the right infrastructure and protection for existing villages and the natural environment.”

Deadline for comments is Friday, January 15 and the vision is due to be adopted by the council’s cabinet in March 2021.