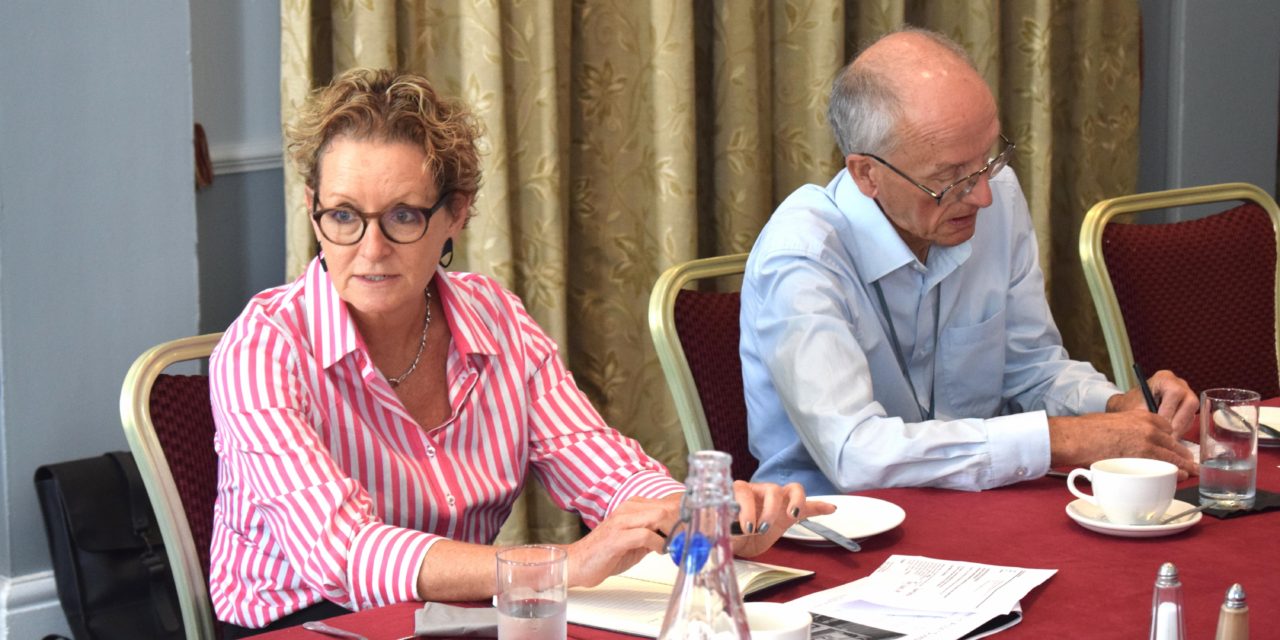 West Berkshire Council should buy the Kennet Centre so its redevelopment can be the right thing for Newbury, the Thames Tap Newbury Forum heard.

Thames Tap teamed up with Porterfield PR to bring a group of property professionals with expertise in Newbury together to discuss the future of the Kennet Centre and the town itself. The round table discussion was held at The Chequers Hotel on Friday, July 5.

The panel consisted of:

Fiona Brownfoot, retail director at Hicks Baker, told the meeting the only potential buyer which can ensure the right outcome is the local authority.

She said: “What, in my view, needs to happen with this site is not to sit back and wait for a developer to come forward with their proposals. Their objectives will be maximising profit. Let’s not kid ourselves that they are here to do good for the town.

“And they should come forward with a blueprint development.

“That’s what we need to see but you are never going to get that in a million years from a developer buying the site because that doesn’t maximise the value.”

She said that since the authority had granted permission for the redevelopment of the Parkway Centre which in turn had taken footfall away from the Kennet, it should now be proactive in its redevelopment.

Cllr Tony Vickers suggested a supplementary planning document could guide any developer but he doubted the council could go as far as purchasing it.

Earlier in the meeting, Cllr Vickers said both the LibDems and the ruling Conservatives on the council were in broad agreement about the mix of uses needed but he accepted members were not experts.

He said: “The Conservatives are fairly laissez faire in terms of their active participation in moving it forward.

“They would develop a plan and then let the market operate which is normally fine, but because we’ve got leases like the car park, and because, on our side, we feel we must move back to the market for affordable housing, we (the LibDems) would be more interested in being active participants in redevelopment.

“But it’s difficult because we are a small council and it’s whether we could afford the right inhouse officer.”

Stagnation risk to the Kennet Centre

‘PD has made Newbury a dormitory town’

‘Newbury could wither on the vine’