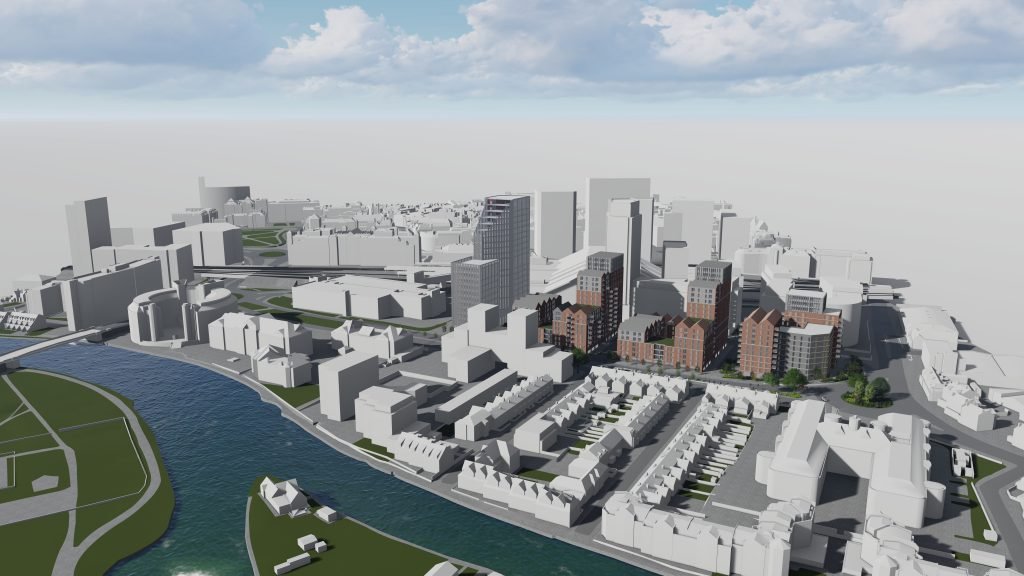 Councillors in Reading have given a big thumbs down to Aviva Investors’ plans to redevelop Reading Station Shopping Park.

The developer has taken its plans for between 750 and 950 flats, plus offices, retail and community facilities on the 1.77-hectare Vastern Road site to appeal over the council’s non-determination.

But at the February 15 meeting of Reading Borough Council’s planning applications committee, arranged purely to establish the council’s position, the scheme was roundly criticised.

Lead member for strategic, environment, planning and transport Cllr Tony Page said the Vastern Road site is part of a bigger development site in the Local Plan which includes the station multi-storey car park which could be developed for offices or residential.

He said: “Over the last two to three years I have sought to convene and achieve meetings with respective landowners with the objective of getting them to talk more to each other and deliver a comprehensive regeneration of the whole site, not necessarily in one go, but at least to ensure that the key objectives of the council in planning terms, were recognised and delivered.

He said the scheme failed to help provide the high-quality pedestrian and cycle north-south route from Station Hill to Christchurch Bridge which was a key factor in the refusal to allow Berkeley Homes to build its housing scheme on the former SSE site opposite. That scheme has since gone to appeal.

Cllr Page argued that Reading is meeting its required housing numbers so the council did not need ‘excessive and greedy’ proposals.

And he referred to access to both the Aviva site and Hermes’ proposed Reading Metropolitan scheme on the former Royal Mail depot site, which would each have their own separate access roads running almost parallel.

He said the council’s point, that there should be one road built by whichever scheme came forward first, was made to both developers but was not properly taken on board.

Members voted that the council would have refused the application.