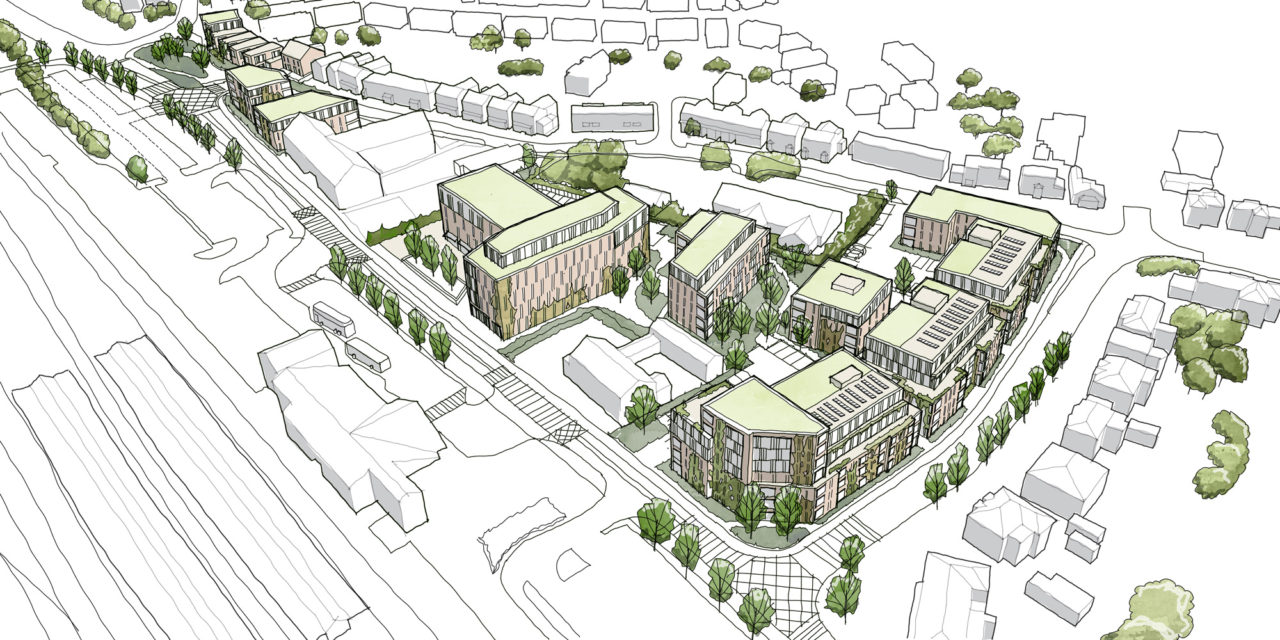 The proposed new Didcot Gateway scheme is set to be home to new offices of the two southern Oxfordshire district councils.

South Oxfordshire (SODC) and the Vale of White Horse (VoWHDC) district councils which currently share offices in Milton Park, plan to move into offices planned in the new scheme.

The councils moved to Milton Park in 2015 after an arson attack on their previous home at Crowmarsh Gifford. Plans for new offices on that site were unveiled in February but, after lockdown, the councils reviewed their office needs and decided the best option is a smaller office building on a section of the Didcot site which is owned by SODC.

The mixed-use Didcot gateway scheme, put forward by Homes England and SODC, is for up to 265 homes and office, café and retail space opposite Didcot station.

SODC leader Cllr Sue Cooper said: “Didcot Gateway is a sensible location for our new headquarters from a financial and practical point of view.

“It will make a significant difference to us financially moving from large rented accommodation to a modern, well designed office that meets our reduced requirements and becomes a valuable asset for the future.

“As the site is centrally placed between the two districts, and close to public transport links, it will help us meet our targets for tackling the climate emergency.

“We are sad not to be returning to Crowmarsh, which was home to our council for so long, but we will work on a good future for that site. We look forward to creating a more efficient, cost-effective and carbon neutral council for the future.”

VoWHDC leader Cllr Emily Smith said: “Moving from temporary offices into a smaller, cost-effective and efficient building will help us get our finances under control during a difficult time for local authorities.”

The size of the new offices has yet to be decided. A spokesperson for South Oxfordshire and Vale of White Horse told Thames Tap: “We don’t yet know the details of the new offices planned in Didcot. We are currently undertaking consultation with staff on more flexible and remote working for the new building and this will inform the design and footprint requirements.”