Eagle Quarter ‘will be exciting from day one’ 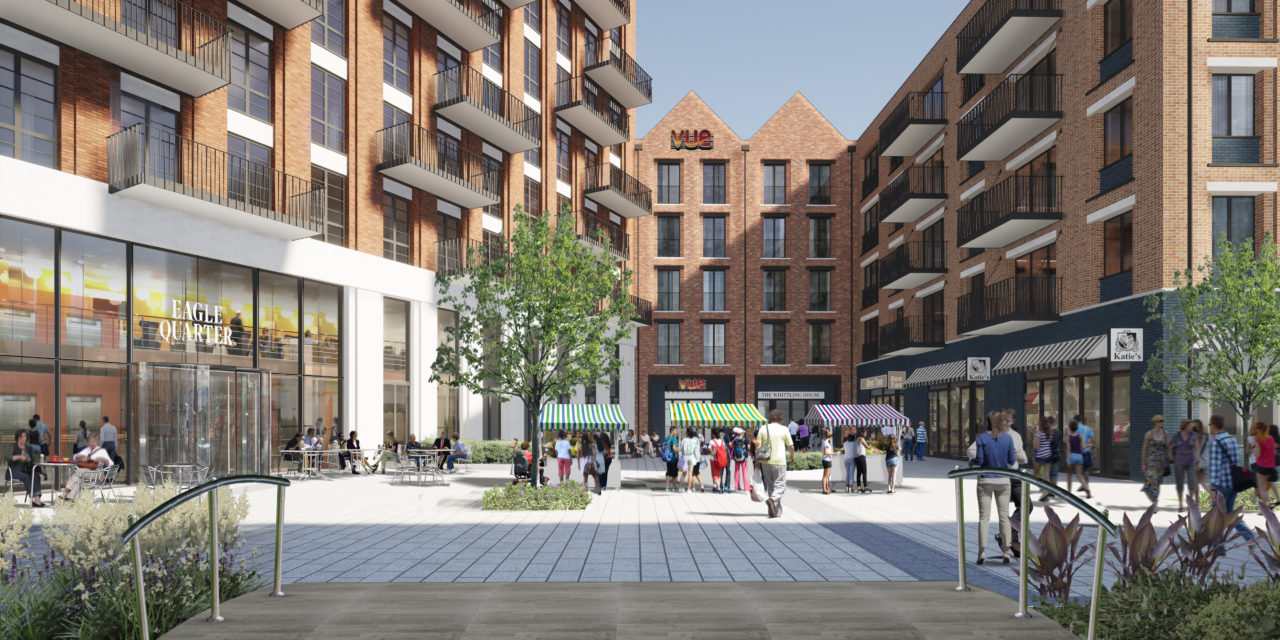 Newbury’s new Eagle Quarter will be exciting from day one, according to the team behind the redevelopment of the Kennet Centre.

Mark Williams, director of town centre regeneration specialist RivingtonHark, which is working with developer Lochailort on the scheme, has revealed that a series of short leases have been trialled with occupiers and it was discovered many local and regional businesses liked the opportunity to test their operations.

That concept will be employed at mixed use Eagle Quarter with around 30 small, ready-to-go units, referred to as ‘white boxes’.

Speaking at a special UK Property Forums webinar on May 27, Mr Williams said: “This is not a shopping centre project. This is about putting a high street back which is mixed use.

“The reality is entrepreneurs will test things out and not everything will work – that doesn’t matter. We are expecting to see a turnover of occupiers through various people testing things out and that’s the vibrancy of the old-fashioned high street that worked really well.

“It was when we moved to the model of big units, let to big multiples – cookie cutter solutions on 25-year leases – it just got very boring.

Melissa Hughes, chief executive of Newbury BID, said she counted 13 new businesses had opened in the town centre or are due to, since lockdown, 10 of them independent.

She went on: “Obviously they see potential here, they see demand here. Interestingly, half of those are food & beverage businesses and there’s a real need for that here. It’s a wonderful town, there’s loads of potential and I think bringing independent, artisan businesses into the town will be hugely successful.”

Lochailort director Hugo Haig told the meeting the Eagle Quarter will benefit from having the existing Vue Cinema, which he said is  already a great pull and has been since it opened in 2009. The Eagle Quarter, he said, will help service and improve it.

He added: “It’s about having a diverse offering. When we have this variety of uses within these independent units, that will create an interest to come (to the town centre). Newbury is an old market town, our scheme is rooted in the heritage of the town so it is key that these independent retailers or artisan shops have the best possible chance of success.

“We are putting maybe 1,000 people into the town centre, in the new residential accommodation and the offices. We hope that will enhance the retail, not only what we have in our scheme, but also the other shops around and about in Market Place and Northbrook Street so it should have a spin off effect on that.”

He said the scheme would work alongside the Parkway Centre without competing with it and offers substantial sustainability credentials.

Melissa Hughes concluded the meeting. She said: “From my perspective it’s exciting to be having these conversations, it’s exciting that there is investment coming into Newbury to change and shape Newbury for the future and it’s needed.”