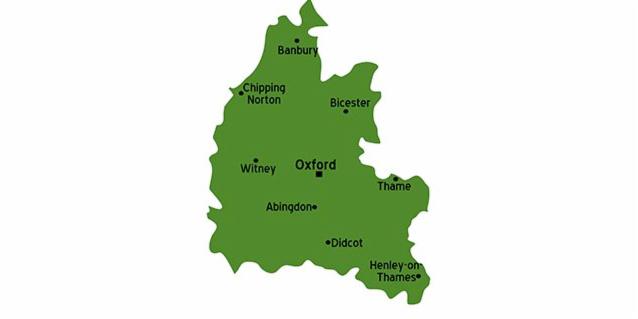 With the General Election looming, Rob Allaway, managing director of Thames Tap partner DevComms has weighed up the key parliamentary constituencies in the three main counties of the Thames Valley. While Brexit will define the election nationally, there are significant local issues, including the Oxford to Cambridge Expressway and HS2, which may play a part in the way people decide to vote. Here’s his assessment of Oxfordshire.

The Expressway is a clear election issue in Oxfordshire, both in terms of influencing the vote but also as a campaign issue for the main parties.

A total of 28 General Election candidates (out of 98) across the Oxford to Cambridge Arc had signed up to oppose the Expressway as part of the ‘No Expressway group’ as of November 27 – this includes candidates from all parties; Brexit, Conservative, Green, Labour and Lib Dem, as well as independents.

We know that at district level, South Oxfordshire (SODC) and Vale of the White Horse (VOWHDC) have opposed the Expressway whilst Cherwell is currently keeping an open mind.

In the local elections this year, we saw significant changes in political control at SODC and VOWH with the Conservatives losing their grip on both councils. No doubt Brexit, local plan issues and the Expressway were vote influencers. Could we see disruption on a more national scale in Oxfordshire on December 12? There are two constituencies of note.

Previously a Conservative held seat, Oxford West & Abingdon was won by Layla Moran for the Lib Dems in 2017 but by a very slim majority of just over 800 votes. In the EU referendum, Oxford was decidedly Remain with 70 per cent of the vote.

The Conservatives are clearly worried about this marginal seat as Transport Secretary Grant Shapps visited the constituency recently and announced a review into the Expressway – a move described as ‘hollow electioneering’ by Layla Moran.

In Wantage, Ed Vaizey, MP since 2005, is not standing. He held the seat with a majority of 17,380 in 2017. In a well-publicised turn of events, in September this year he had the Conservative whip removed for voting against the Government on Brexit. He sat as an independent MP until October 29 this year when the whip was restored. With Vale of White Horse voting overwhelmingly Remain in 2016, we may well see the Conservatives returned to this Tory heartland seat but with a smaller majority.

Aside from these potential flashpoints, other Oxfordshire MPs are defending significant majorities and their manifesto position on Brexit broadly reflects how their constituency voted in 2016. On this basis, we would expect it to be ‘as you were’ for most of the county on December 13.