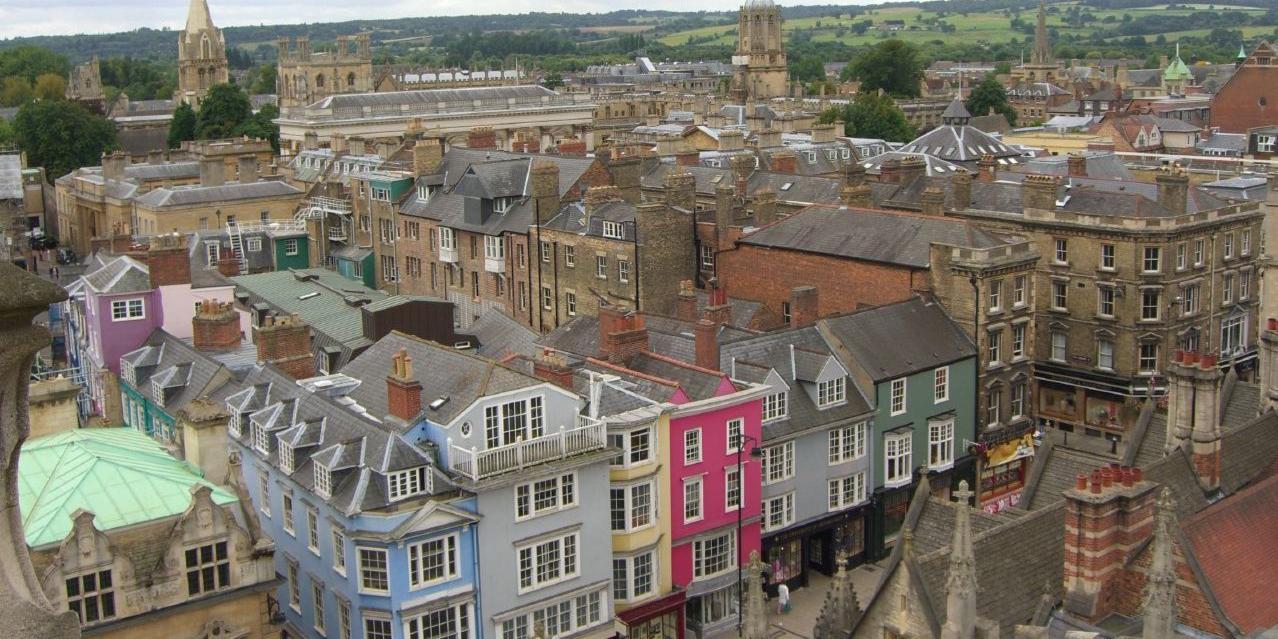 Thames Tap consultant Hugh Blaza has spoken to leading players who can help shape the centre of Oxford. And this is just the start of the debate.

No doubt about it, the Coronavirus pandemic has acted as quite the catalyst for a number of high-profile innovations in the way Oxford city centre operates.

Many are looking further afield to see how other cities have started to repurpose themselves. Or just to see how they’ve always done it, successfully.

How are the officers charged with developing and running one of the most famous cities in the world managing to cope with the multitude of ideas coming forward? We spoke to three of them: Tom Bridgman (executive director, development), Matt Peachey (economic development manager) and Iain Nicholson (city centre manager) in order to get the inside track.

As Tom points out, it’s not just the Coronavirus pandemic which is behind the activity in the city. The council’s new Local Plan has just been adopted, setting a framework to help address the city’s affordable housing crisis and ambitious plans to help reduce carbon emissions.

There are also the Connecting Oxford plans being developed in partnership with the county council to reduce congestion and improve public transport links, including a focus on the densely populated ‘eastern-arc’ of the city.

The council is also working in partnership with other landowners to realise major redevelopments across the city. At the St John’s College-backed Oxford North scheme, the city council has secured a £10 million investment from Homes England for enabling infrastructure to unlock the scheme that will include 480 homes and over 900,000sq ft of employment space.

It continues to work with fellow landowners Magdalen College and Thames Water to secure a site allocation for the South Oxfordshire Science Village urban extension at Grenoble Road, which could see 3,000 new homes come forward, as well as an extension to the Oxford Science Park.

At Blackbird Leys, the city council is investing over £20m in the regeneration of the district centre, working with its partner Catalyst Housing, to deliver around 275 new homes.

Central to the long-term vision for the city is the once-in-a-generation opportunity for the renewal of the West End. Here, Oxford City Council hopes to create an innovation district of global importance, working in collaboration with fellow land owners Nuffield College, Christ Church College, Network Rail and the University of Oxford.

Following on from the recent reopening of the Jam Factory, expect to see the plans for the Oxpens area emerging in the coming months, and the redevelopment of the station taking on some momentum at last with the appointment of WS Atkins as masterplanner.

This will support plans to accommodate the arrival of East West Rail by 2024, improved cycle and bus interchange and the business case for the re-opening of the Cowley branch line.

A city centre action plan and economic development strategy are also in the pipeline and the council is extremely keen to connect with the wider community as they develop.

Whilst a necessary pause has occurred as the implications of the pandemic are being factored in, as Matt Peachey points out, Oxford’s economy has inherent strengths that, with the right support, will help stand the city in good stead as we move through to economic recovery.

This includes education, tourism, health, motor manufacturing and a science and tech-led innovation ecosystem, out of which may well come the vaccine which sorts out the C-19 virus (and the others which many think will inevitably follow in its footsteps).

But with power comes responsibility and the council is acutely conscious of the need to address inequality and social exclusion and, among other projects, is championing the need for more employers to pay the Oxford Living Wage.

Oxford city centre is – some would say has always been – a bit of a conundrum. We spoke with urban designer Hannah Smart of edge Urban Design and Iain Nicholson, who heads up the city centre’s management team.

The traditional retail quarter was reeling, first from the downturn in high street shopping and then from the opening of the Westgate Centre, but it had been starting to show signs of new life. Iain points out that in the year to March 31, 2020, the number of vacant units had reduced from 72 to 57 and, but for the pandemic, he thinks that could have been down to around 20 by now.

The city council is also working with the Local Enterprise Partnership on plans to development a programme of meanwhile uses in vacant properties.

News that Burger King is going for good may not be greeted with universal sorrow, particularly if a number of trends identified by Iain continue:

The city council has appointed architectural practice Gort Scott to work with it to look at how it can improve the Grade II-listed Covered Market and continues to work towards later opening and increasing the market’s food and beverage offer, including pressing on with pre-Covid plans to let space to the much-loved Oxford institution Tap Social.

While the visitor economy is expected to take the longest time to recover, when it does, there will still be a need to encourage more tourists to stay overnight, increasing their enjoyment of the city and capturing the most value to its economy.

Fundamental to this will to increase the supply of hotel beds – and the city council is putting itself at the heart of this agenda – working with developer Reef on plans to convert the now vacant Boswell’s department store into a hotel and workspace.

Even before the pandemic there was an understanding of the need to bring forward a greater mix of uses, including more city-centre living and places of work, to help make the city centre’s economy more resilient. The city centre vision document will seek to address this challenge head on.

As Iain explains, the city centre vision will also set out how to improve city centre movement, by investing in public transport, cycling and public realm. The partnership working with the bus companies to deliver the temporary pedestrianisation of George Street is a great example of what is possible if we can solve wider city centre congestion issues to allow buses to move more freely on alternative routes.

The creation of much-needed civic space, perhaps by pedestrianising part of Broad Street, is another long-held ambition for the city council, and it will use its city centre vision to help make the case for this to happen.

At UK Property Forums, we’re passionate about our built environment and we want the debate surrounding the decisions which will be taken for Oxford to be as open as possible.

It is very encouraging that the council shares that view and perhaps the expression ‘watch this space’ has never been more appropriate. We plan to continue the debate and will make an announcement soon.

With thanks to Tom Bridgman, Matt Peachey, Iain Nicholson and Hannah Smart.