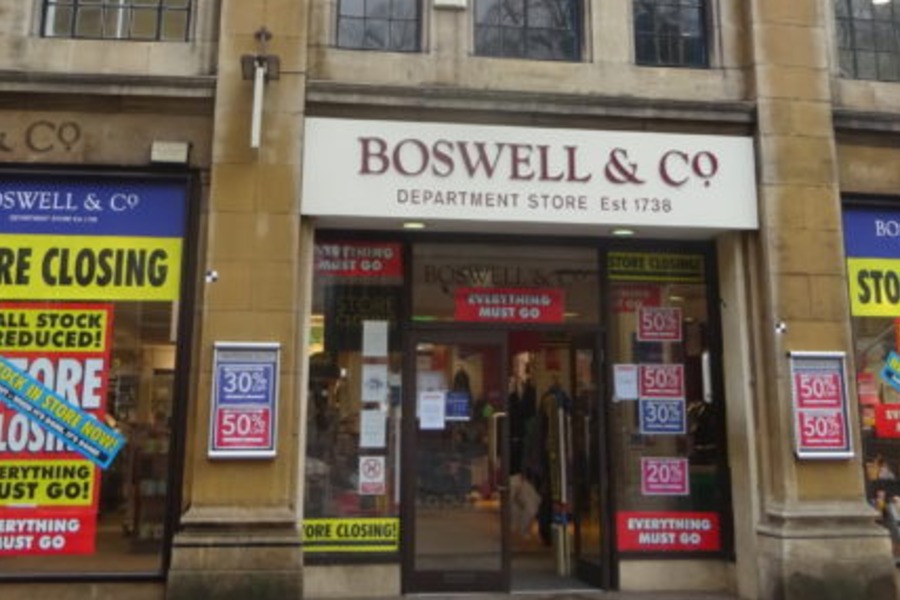 Plans for a luxury hotel at the former Boswells store in the centre of Oxford have been unanimously approved.

The Reef Group is to turn the former department store, which closed in November after more than 280 years of trading, into a 101-room four-star hotel called The Store, which will have a restaurant and bar on the ground floor and a newly-added rooftop terrace.

The building, which is not listed, will have some small extended areas and although the roof terrace will add height which was mentioned by councillors, the committee was almost entirely positive about the scheme.

Cllr Alex Hollingsworth said it offered maximum use of a brownfield site.

He added: “I think the public access to the top is going to provide, just as the Westgate has done, something for people who live in Oxford as well as visitors, with a whole new perspective on the city.”

Cllr Louise Upton said: “This is exactly the sort of development we need to support in our city centre if we are going to keep the city centre alive.

“If there’s 101 rooms – and we know occupancy rates in Oxford are sky high – this should mean a couple of hundred people staying every night in the centre of the city.

“It will be a real boost for local restaurants and shops and should improve the average length of time that a tourist spends in the city which, I believe, at the moment is about 90 minutes.”

Jon Alsop, associate director in the planning team at Savills Oxford, told Thames Tap: “The Savills planning team has been proud to support Reef on this exciting project.

“Over the past 12 months we have worked closely with the Boswell family, the city council and key stakeholders, to develop a sensitive and high quality scheme for the site that will make positive re-use of this much-loved building.

“It is the second project in the city centre where we have acted for Reef, having previously secured permission for the student accommodation scheme at St Aldates/Queen Street, which won an Oxford Preservation Trust award.”