Is the Arc suffering under the weight of expectation? 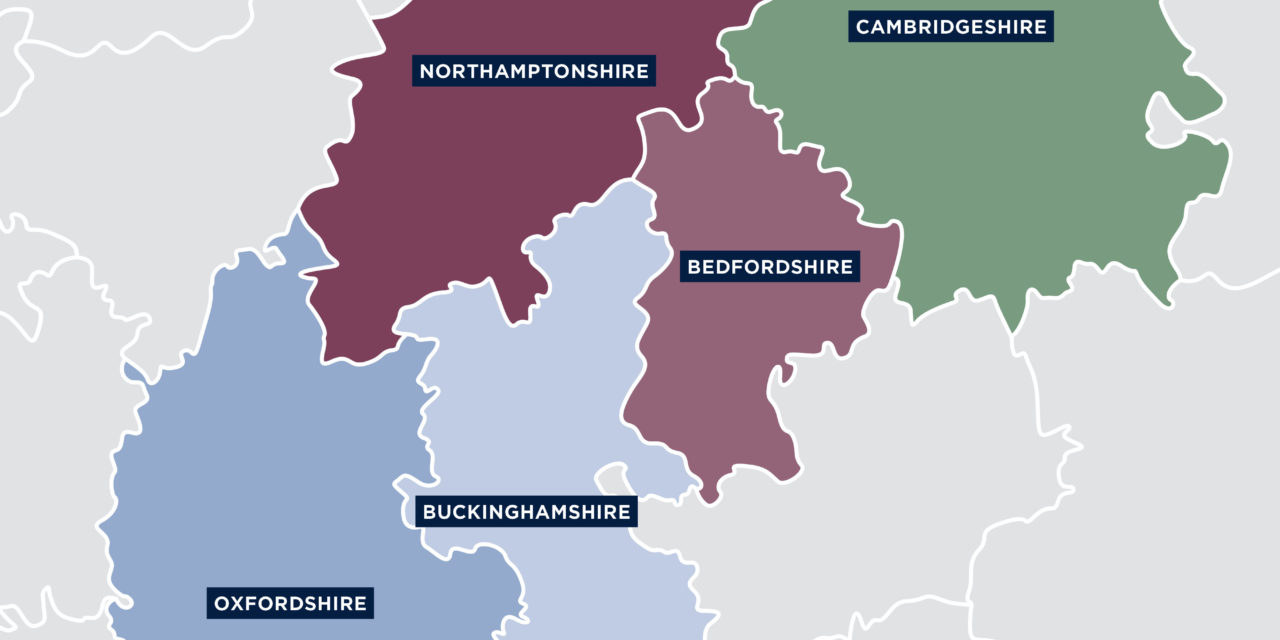 Savills planning director David Bainbridge has questioned the progress made on the Oxford to Cambridge Arc.

More than four years ago the Government instructed the National Infrastructure Commission (NIC) to review opportunities for new homes, employment and infrastructure developments between the two cities.

A subsequent NIC report suggested the rate of housebuilding needed to double if the Arc was to deliver up to a million homes by 2050 to reach its potential.

But since then, despite Government moves including a short-lived ministerial champion taking charge of it, a statement of ambition and a joint declaration between Government and local partners, the Arc remains little more than an ambition and one section of it – the Expressway road proposal – has been shelved.

Mr Bainbridge said: “An announcement detailing the preferred route for the east-west rail line between Oxford and Cambridge, via Bedford, has been published and is due for completion by 2030.

“However, the Expressway to connect Oxford with Milton Keynes, by road, has been suspended until further notice with the Government exploring opportunities to alleviate congestion around the Arc’s major economic centre.

“Thirty-one local authorities, four local enterprise partnerships and 10 universities work collaboratively on the Arc’s development and, whilst activity continues, there are undoubtedly questions in relation to speed of progression.”

Last year the Government announced plans for a spatial framework with local partners and to consider the need for new development corporations at Bedford, St Neots, Bedfordshire, Cambourne and Cambridge.

Mr Bainbridge went on: “Key stakeholders are hopeful that the support of central Government will bring tangible developments. The Local Plans submitted do not currently meet the original targets set and it is clear that scale and location of development need further consideration. With plans now submitted for completion in 2030 it remains to be seen if the Arc’s full growth potential will be reached.”

And on top of the doubts he said the outbreak of COVID-19 brought uncertainty to the market.

He added: “Following a return to normal activity there is an expectation for plans that clearly detail the intended direction and speed of growth. Whilst the burden of success is heavy on the Arc it seems critical that we don’t reach another milestone for the NIC with little to show on the ground.”

A Savills report on the Arc, published in November 2019, is available here.