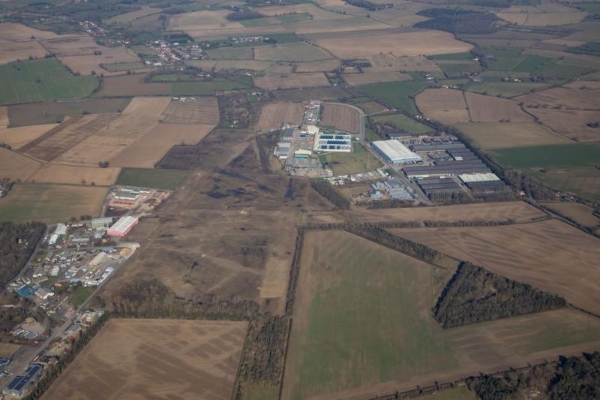 The purchase included an existing contract to sell 68 acres to vehicle remarketing and recycling giant Copart UK, subject to gaining planning permission for use class B8 (storage and distribution).

The objective is to create a new ‘super centre’ in East Anglia, as part of its major expansion programme to meet continued growth and demand.

The new centre would be the largest Copart vehicle processing and storage centre in the UK, adding to the 16 sites it already has.

A masterplan for the site has already been adopted by West Suffolk Council, which also includes up to 400 residential units, though Jaynic is now pursuing a commercial only development on the site. The remainder of the site is set to be split up into four plots.

The development also includes a new roundabout on the A143 and a link road to the existing Shepherd’s Grove West industrial estate to allow HGV’s to enter and exit directly onto the A143 rather than going through nearby Stanton.

The proposals will be presented to Stanton and Hepworth Parish Councils before holding a public exhibition, prior to submitting an application in early 2022.

Copart Suffolk will provide between 100 and 120 new jobs for the new workforce, along with 30 office jobs, 30 vehicle yard jobs and 30 transporter jobs. Apprenticeships will also be offered.

Savills agreed the deal with Copart and are acting as agents for the remaining development land along with Hazells.