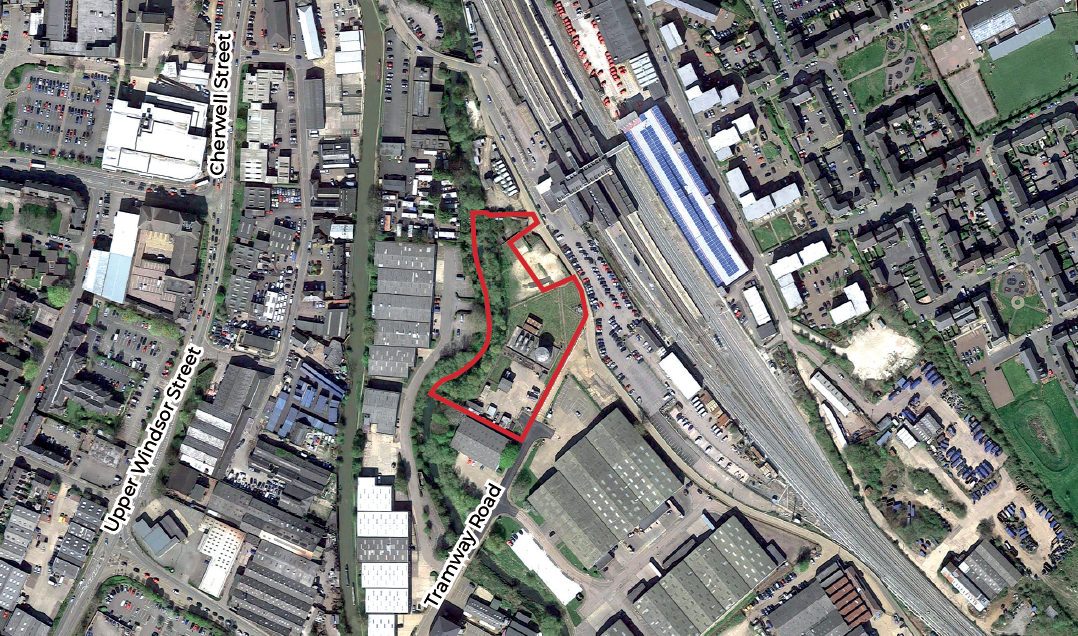 Plans have been submitted for 143 new homes and community/retail space at the Canalside in Banbury which could act as a catalyst for wider regeneration.

edge Urban Design and Framptons Planning have submitted the scheme on behalf of Motor Fuel Group. The homes comprise apartments from studios to three-bedroom homes, on the 0.78-hectare site of the Banbury Oil Depot which will be vacated next year.

The land, in Tramway Road on the fringe of the town centre, is a key part of the wider Canalside regeneration which will ultimately include 700 homes, extra care provision, possible community self-build housing, employment land including 15,000 sq m of commercial space plus retail and leisure.

The scheme, to be known as Banbury Gate, is the first site of the wider regeneration to come forward. Ultimately a new square could be created at the front of the railway station and pedestrian/cycle bridges over both the River Cherwell and the Oxford Canal are envisaged in the overall scheme to help improve links between the station and the town centre.

edge Urban Design Director Hannah Smart said: “There are very few available and deliverable sites in Oxfordshire that are so strategically well placed with fantastic transport connections to Birmingham, Oxford, London and beyond.

“Enhancement and regeneration of the site will boost Banbury town centre and its economy whilst providing access to nature through the opening up of the riverside for recreation as well as facilitating two new river crossings and reconnecting the historic town with its railway station and eastern communities.”