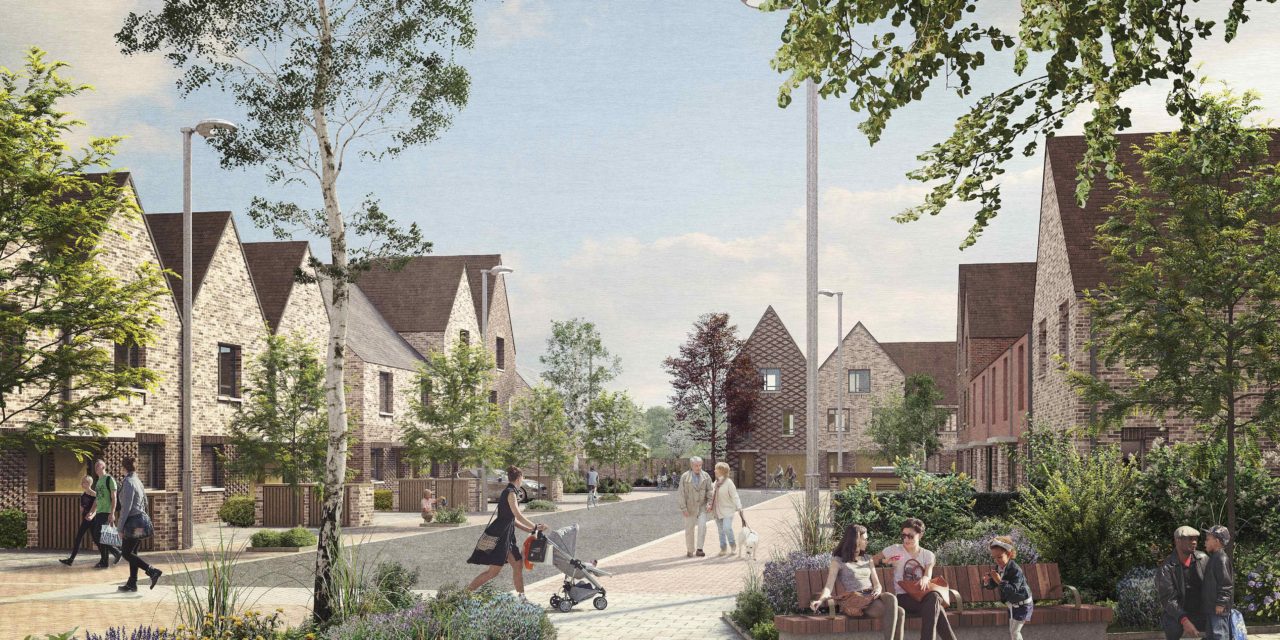 The Nationwide’s first foray into housing development has achieved planning permission for 239 homes without a single objection.

The Oakfield scheme in Swindon was approved by officers at Swindon Borough Council without it going to the planning committee.

The homes, planned for the site of a former school, were the subject of two years of public engagement and pre-application discussions both by Nationwide and planners at Lichfields on behalf of the building society which is working with Igloo Regeneration.

The Nationwide wanted to ensure its first scheme, a flagship development in the town where its head offices are based, had the community on board and a community organiser was employed specifically to engage with neighbouring organisations such as playgroups, churches and parent and baby groups.

She added: “I’ve never known anybody do as much as they have. They had somebody on the ground going door to door, speaking to the entire community. No other developer would do this. It was unbelievable really.”

The not-for-profit development, designed by Metropolitan Workshop and PRP, for a 5.27-hectare site in Marlowe Avenue to the east of the town centre, is part of a £50 million investment by Nationwide.

The building society plans to break even through sales and rents over a number of years.

Miss Caines said the scheme seeks to deliver an inclusive and mixed community.  Some homes will allow older people to live on ground floors with family members or carers living above.

Most will be two, three and four bedroom terraced houses or maisonettes. A 30 per cent affordable homes allocation (71 properties) will include one, two and three bedroom apartments and houses.

Each unit will have one parking space and either a private garden or access to a shared one.

Open spaces will allow dog walkers to continue to use the site and road, cycle and pedestrian links have been designed in consultation with neighbours.

Teenagers at the nearby Oakfield Project, a school for those who have dropped out of mainstream education, helped in the design and there have been discussions about future plans to integrate the school more with the development.

Nationwide spokeswoman, Debi Isaac-Taylor, said the building society does not need to make a profit from the development but wants to disrupt the housing market with something which hasn’t been done before.

She added: “Probably the biggest thing for us, apart from working with the community is making sure the quality is good and that we are trying to come up with a different approach.”

Building is expected to start by the end of 2019, with the first available in Spring 2021.