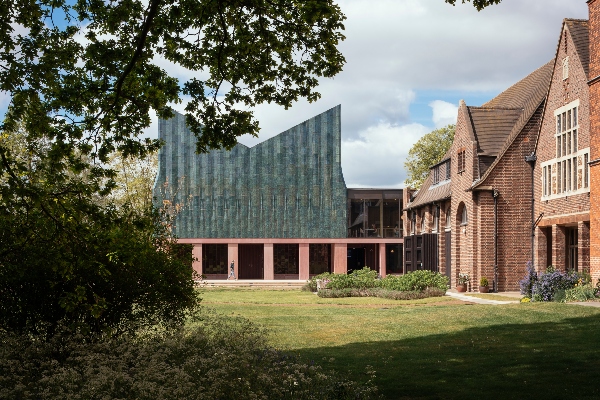 A new dining hall at Homerton College, Cambridge has been unveiled.

The new 3,000 sq m building replaces the Great Hall to serve as both a daily place to eat for both students and staff, as well as a place to hold fine dining events; with the scheme also incorporating a ‘The Buttery’, a new informal café and study space for students.

The £8.2-million project was designed by architectural practice Feilden Fowles, which won an international design call competition for the scheme with this design in 2017.

The dining hall needed to cater for a number of challenges, including embracing the College grounds to the south and east, meeting and adjoining the Grade II-listed Ibberson Building, addressing the street and surroundings, and improving connections to graduate student residences and parking facilities on site.

It also needed to be flexible enough to accommodate growing college numbers, as despite being the newest college, Homerton is now the largest college at the University by student number. The hall has a capacity for up to 336, with a capacity of up to 60 in The Buttery.

Homerton’s new space was inspired by the Arts and Crafts architectural movement, with a façade of handcrafted green ceramic tiles covering the V-shaped roof, internally making a feature out of the chestnut butterfly trusses, reflecting on traditional collegiate halls, with other parts of the building using colours already found throughout the college, largely red brick, and red sandstone.

There are two main entrances to the building, one which feeds off the main college buildings, leading to the Great Hall and Griffin Bar, and one which comes from outside directly into The Buttery.

It has been designed to have a minimum 100-year lifespan, with efforts to make the building as sustainable as possible, the all-electric building includes a passive ventilation system with a ground source heat pump, reducing CO2 emissions from hot water and heating by approximately 40 per cent.

The kitchen and catering areas have also been significantly improved from those offered in the Great Hall; the servery incorporates much more natural light and is significantly larger, with views over the newly formed western courtyard.

Lord Simon Woolley, principal of Homerton College, said: “Our new dining hall is a beautiful beacon which from the outside speaks to our ambition and values, and on the inside provides space for our students, fellows, staff and guests to have conversations, debates, music, theatre and of course, fine dining, all under this magical roof.”

Edmund Fowles, director at Feilden Fowles, said: “Creating the dining hall at Homerton College has been an extraordinary journey for the many involved. The design of the hall is symbolic of Homerton’s progressive character and bold ambitions, yet simultaneously in conversation with the rich architectural heritage of Cambridge.

“There are echoes of the marching buttresses of King’s College Chapel, references to the Victorian Gothic Revival of Homerton’s Cavendish College buildings, and motifs of the neighbouring Arts and Crafts Ibberson Building. They combine as a marker of today’s architectural thinking, an embodiment of low-tech principles, an Arts and Crafts of the 21st century. We hope this generous new hall will welcome and nourish Homerton’s community, hosting vibrant conversations over a meal for decades to come.”

Dr Timothy Brittain Catlin, fellow of Homerton College and director of studies for architecture in Homerton and Girton Colleges, said: “The opening of the new dining hall at Homerton marks a significant step in the creation of an architectural heritage which will rival that of the traditional colleges. This is the first building of international significance on the site, and the first since ‘Ibberson’ of 1913-14 that will be valued by users and architects alike.

“The task, then, was to create a Cambridge dining hall on a traditional grand scale and with exemplary kitchens but without compromising the intimate relationship between the basic elements of the College. And this is the challenge that Feilden Fowles has met magnificently.”

The new dining hall opened at the beginning of the Summer Term, and as part of its opening, UK Property Forums is set to host the inaugural Eastern Echo awards there.

Matthew Battle, managing director of UK Property Forums said “We’re very excited about using this new space, as we feel it’s one of the most unique events spaces in the city. It will be the perfect backdrop for our awards ceremony”

More details on both the awards evening and day event, as well as how to enter can be found here. 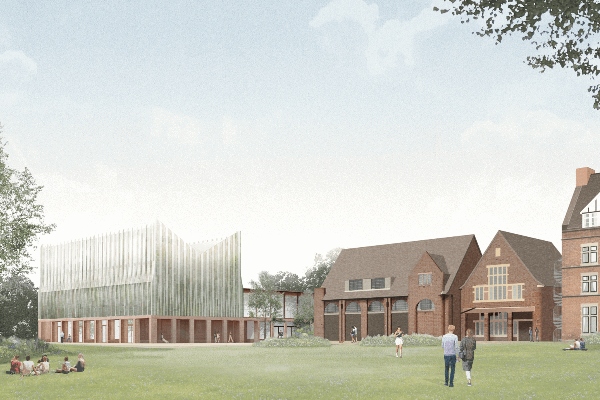 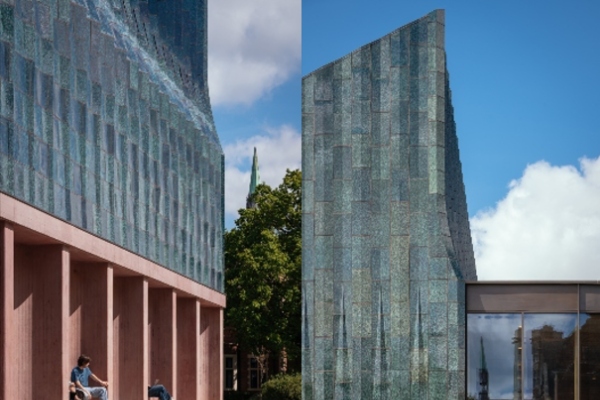 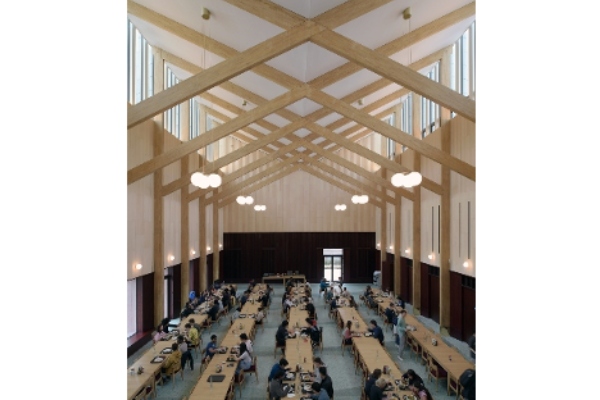 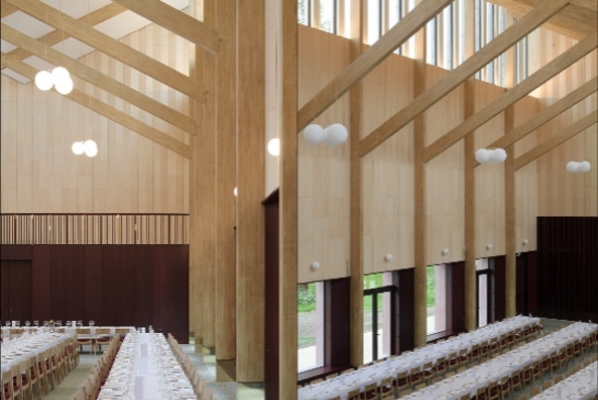