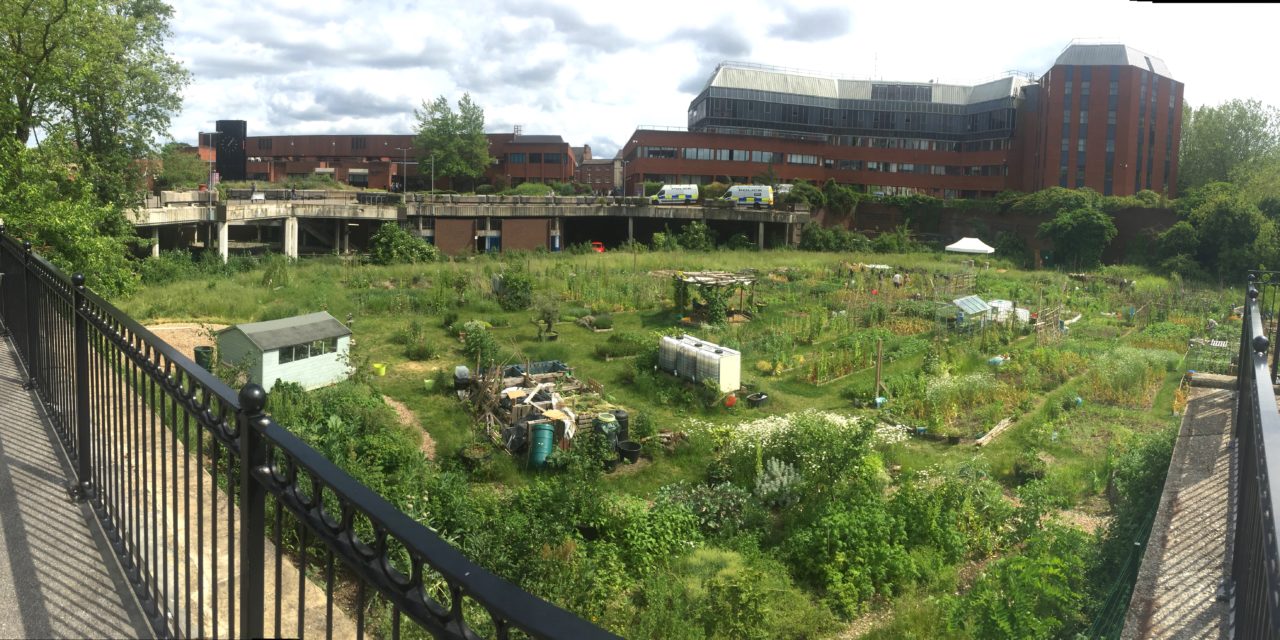 A development partner may be brought in to bring forward a mixed-use scheme including more than 1,000 homes around the former Civic Centre site in Reading.

Reading Borough Council’s policy committee will be asked to agree to the appointment of a professional team to sell the Minster Quarter regeneration site by way of a development agreement when it meets on Monday, June 14 (6.30pm).

The regeneration area covers council-owned land such as the former Civic Centre site and the Hexagon, as well as privately-owned buildings including the Broad Street Mall and other publicly-own property including the police station and the Magistrates’ Court.

Lead councillor for strategic environment, planning and transport, Cllr Tony Page, told Thames Tap: “We have no idea what level of interest there may be. Investment interest in Reading is generally high and that has been maintained throughout the pandemic.

“The site certainly offers challenges but it is still a hugely exciting project.”

He said the council can offer considerable internal resources to work with a partner and £250,000 has been identified to help bring the scheme to market. 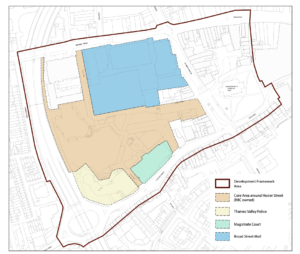 The Ministry of Justice has told the council it has no plans to sell the Reading Magistrates’ Court site but Cllr Page said the council had attempted to buy the police station only to have its offer rejected.

Cllr Page said: “We had approached Thames Valley Police (TVP) and put in a good offer, then we had some negotiations but they had completely unrealistic expectations, something like £10 million or £11 million.

“What they were looking for was completely unrealistic pre-pandemic and post-pandemic, more so. We had priced it at a lot less – about half that – but they said that’s not enough.”

The police station remains on the market with Lambert Smith Hampton and the police’s second round of bidding concluded in May. TVP , which is moving to Atlantic House in Imperial Way, says it will make an announcement soon.

The Minster Quarter regeneration framework, published in 2018, brings back to life plans to deck over the IDR which were abandoned in the 1990s when they were part of the Chatham Place development.

Those plans included a possible tower building on the Chatham Street roundabout. However, the new plans would more likely mean a link bridge or a park.

Cllr Page said open space created over the IDR would benefit developers of the proposed residential schemes on the site by providing a better environment and less noise and pollution for residents.

He believes any new investor in the Broad Street Mall would almost certainly review the permission gained for hundreds of flats above the shopping centre.

The Minster Quarter Framework envisages a dense, high-rise, mixed-use scheme including up to 1,100 homes largely around the former Civic Centre site.

The framework can be seen here.

Image shows the site of the former Civic Centre which is currently used as an allotment. Reading Police Station is top right. Reading Magistrates’ Court is top left.