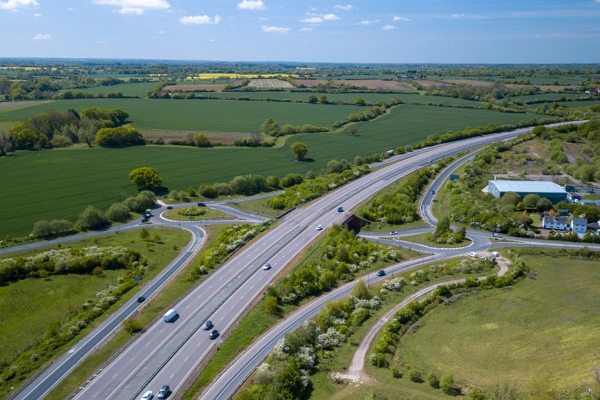 Essex County Council has submitted a planning application for the Chelmsford North East Bypass, as part of a wider £250 million investment scheme.

The scheme would support a major development consisting of homes, businesses, and the new Beaulieu railway station in Chelmsford.

The bypass would consist of 4.6 kilometres of new road, and a 1.2-kilometre dual carriageway running alongside the existing A131 in North East Chelmsford. It would connect the new Beaulieu Park Development in the south and Deres Bridge and Great Leighs in the north, ultimately linking the A120 and A12.

The new route is planned to bypass residential areas and help relieve congestion in the city, whilst also helping link Braintree, London Stansted Airport, and the wider East and South East regions, including South Essex and the Lower Thames Crossing.

Cllr Lesley Wagland, cabinet member for economic renewal, infrastructure, and planning, said “As well as closing a gap in Essex’s strategic road network, easing congestion and reducing journey times in and around Chelmsford, the bypass is a key part of a scheme which would support the continued economic success of the area.”

Following a public consultation last year, the planning application offers a further opportunity for the public to comment ahead of a planning decision on the project, which is anticipated early next year. Construction of the bypass could begin in 2023 with the scheme opening the following year.