Plans for 929 flats set for approval in Woking 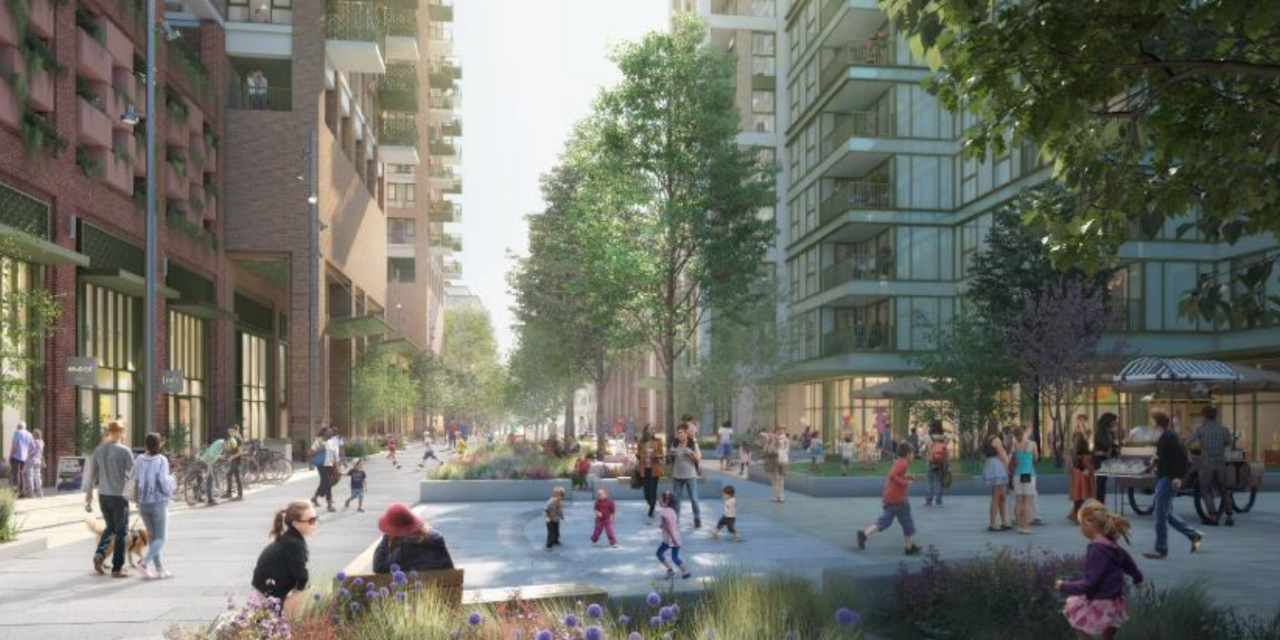 A scheme of more than 900 flats in towers of up to 37 storeys in central Woking has been recommended for approval.

Woking Borough Council’s planning committee meets on Tuesday, January 12 to consider plans for a total of 929 flats in five buildings along with commercial and community space, parking and a homeless shelter proposed by Goldsworth Road Development LLP, a subsidiary of EcoWorld London, part of Malaysia-based Eco World International. EcoWorld London is part-owned by Willmott Dixon.

The 1.15-hectare site which straddles Goldsworth Road, close to the railway station, currently has eight buildings which will make way for the high-rise scheme which, as well as a mix of studio, one two and three bedroom flats, includes:

The five blocks range in height from nine to 37 storeys. A breakdown of the flats reveals 148 studio flats, 402 with one bedroom, 355 with two and 24 with three.

The application’s design and access statement by JTP and Gillespies states in its foreword: “Woking is ahead of the curve.

“Its vision for a mixed-use town centre, with extended dwell times and intensified footfall, underpinned by a high-quality physical environment dovetails with EcoWorld’s own philosophy of sustainable and resilient placemaking.

“The Goldsworth Road project provides for the next stage in the town’s rejuvenation and EcoWorld are committed to working with the local authority to further enrich the town centre and place people firmly in the green heart of the proposals.”

However, the scheme has attracted 178 objections including one representing Oaks and Vale Farm Residents Group.