Principles to support the Arc 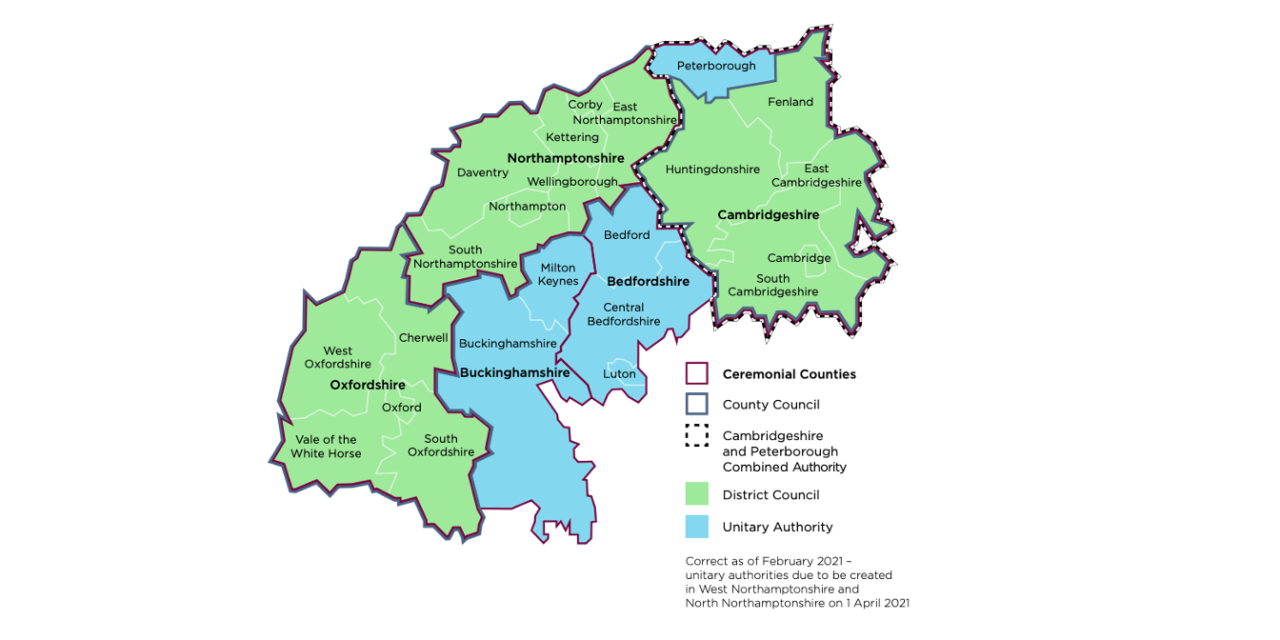 It didn’t take a global pandemic to alert the world to the fact that it is teetering on the brink of an environmental crisis.

But either it’s a coincidence of timing or the virus has concentrated minds and acted as a catalyst for some positive and potentially transformative action.

Here, in a relatively prosperous region of the UK, the minds of those charged with delivering the infrastructure and installations which the Arc activities require are wrestling with the paradox between the fact of new buildings and the need to protect the fabric and resources of the environment.

Further pressure is heaped on them by those who question whether the Government’s levelling up agenda is genuinely for the benefit of the entire country, particularly the more deprived areas of the north.

Why, people ask – with some justification – shouldn’t other, less populated regions be the ones which take on the growth represented by the Arc? The simple answer to that is that the Arc is not the creature of Whitehall policy, but the manifestation of years of research predominantly focussed on issues which will, in one way or another, address the climate crisis.

The activity generated by the research has to be accommodated in the Arc; it can’t simply be uplifted to another region of the country to satisfy a different policy, however laudable that is. Worth mentioning, however, that the activities are in fact already spreading to other parts of the country.

So there will be development in the Arc and it’s going to be a question of how the environmental concerns can be addressed.

Last week, the Oxford – Cambridge Arc Environment Group published a concise document summarising the principles it intends to adopt as development in the Arc becomes more of a real prospect than a pipe dream.

The environmental lobby is vocal and argues cogently about the potential damage to swathes of countryside which the anticipated levels of development could cause. And it is not difficult to understand why; with a million houses in prospect, the traditional ways and means of delivering them adopted over many decades may be about to change dramatically.

Fundamental among the principles is the intention not simply to preserve but to enhance the environment. Taking that and a number of other key commitments from the Environmental Group’s publication we’ll be asking some of the firms who will be working in the region for their responses, their comments on the practicalities and, of course, news of the latest developments.

In the meantime, we have extracted what appear to be the principles from the document:

The ambition is clear. The bar is set high. The politics appear to be aligned and Government, both central and local, appears adamant that this is the way forward.

The success of the Arc project as a world leader in long-term sustainable development depends upon it. We’re fully expecting the property community to be up for the challenge. Stay tuned.