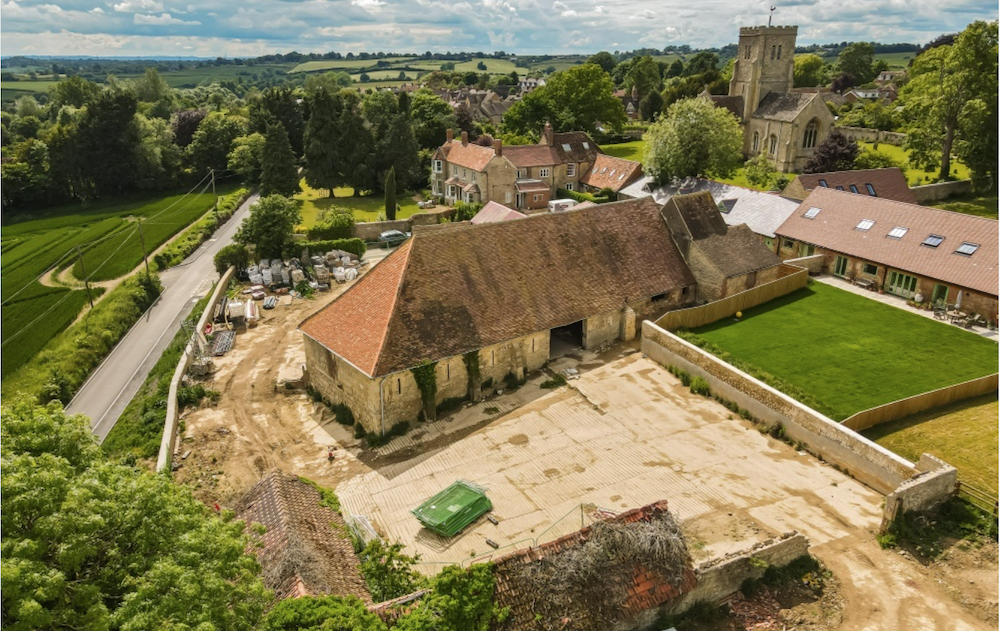 An opportunity to acquire a Grade II-listed Tithe barn in South Oxfordshire, dating back to medieval times, has been brought to the market by Savills.

The unique sale represents an opportunity to create a one-off ‘Grand Design’ home of exceptional scale and calibre within an open countryside setting.

The Tithe Barn at Manor and Dovehouse Farm is located on the edge of the village of Cuddesdon – five miles to the south east of Oxford. The 0.65-acre plot occupies an elevated position over rolling countryside with the historic barn at its centre.

Noted for its historical and architectural significance, The Tithe Barn is believed to have been constructed during the 16th Century.  Remodelled during the 19th Century as the farmstead expanded, medieval characteristics have been retained within the building’s southern range. Architecturally it is unusually large with impressive and complex roof structures.

The Tithe Barn’s location is also considered significant from a historical perspective, with its central position within the farm yard indicating that it was a focus for the expansion of the farmstead during the 19th Century – when population growth started to put pressure on the agricultural sector. Its proximity to the church also suggests the barn was of particular importance to the medieval settlement of Cuddesdon.

Recently partially restored and stabilised, the property is now being offered for sale with full planning permission and listed building consent for a contemporary dwelling of approximately 9,000 sq ft including a large home office and separate annexe, which could become a home gym or a home for a family member. Other features of note within the design include a large vaulted area for flexible use and provision for a triple carport and cycle storage.

She said: “Opportunities such as this one at The Tithe Barn are rare; not only is the barn a fascinating heritage asset, but it is exceptional in terms of its considerable stature and scale, and its setting, which, courtesy of an elevated position, has impressive, far-reaching views of the local countryside.”