Reading at the start of a long transport journey 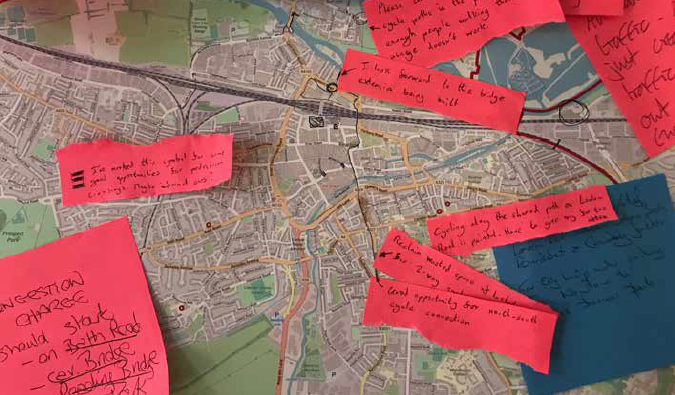 Chris Holdup, associate at mode Transport Planning, offers his initial thoughts on the newly published draft Reading Transport Strategy 2036 and puts some context to what is likely to be a far-reaching document.

The Reading Transport Strategy 2036 is an eagerly awaited policy document. Once adopted, we can expect this to play an interdependent role with the recently adopted new Local Plan in terms of transport aspects enabling sustainable development and vice-versa.

Our experience in dealing with similar strategies in other towns/cities is that this may be slightly bolder and sharpened once finalised, in recognition of consultation feedback on this draft version.

The objectives and overarching principles are clearly very ambitious, but we are yet to see a well-defined position on big impact initiatives such as the inclusion of a workplace parking levy.

We know from places such as Oxford, that such initiatives can be a delicate PR exercise to land smoothly – it isn’t surprising to see this remains worded in a sufficiently elusive way in this draft version, but let’s see if there’s a louder commitment in the final version.

Winchester for example, made reference to the same initiative in their draft movement strategy in Autumn 2018, before subsequently dropping it in its entirety the following Spring in the adopted version. That said, they of course have a very well-established park and ride system.

Nonetheless, we note in this draft Reading Transport Strategy, park and ride has stepped up a gear or two. There is now a much clearer and tangible message from the council that a more complete park and ride network, coupled with continued improvements to the free movement of buses, will be key.

This would form part of ‘Fast Track Public Transport’ (FTPT) network, with new park and ride sites placed at strategic interception points into Reading (including new sites north of the Thames). There is also reference to this tying up with a third Thames crossing, which is indeed recognised as a measure of the 2036 strategy…

We would also flag a draft policy stating that new developments will be required to demonstrate how they will deliver healthy streets.

This would appear to echo a recent TfL requirement we have been dealing with when servicing our clients with development projects in London.

We may expect to see developers in Reading now being required to make additional inclusion for ‘Healthy Street Assessments’, covering more comprehensive audits of walking, cycling and public transport accessibility.